All the President's Men

All the President's Men is the now classic 1976 political thriller based on the true story of the investigation of the Watergate scandal by Washington Post reporters Bob Woodward (Robert Redford) and Carl Bernstein (Dustin Hoffman), which ultimately led (or at least contributed) to the resignation of President Richard Nixon in 1974. Incredible as it might seem, there are two revolvers seen at the beginning of the movie. The cast included Hal Holbrook, Martin Balsam, Jack Warden, and Jason Robards, who earned the first of his two Oscars for his portrayal of Washington Post editor Ben Bradlee. The film was directed by Alan J. Pakula, and is considered part of his "Political Paranoia" trilogy, which includes The Parallax View and Klute. The screenplay was written by William Goldman (Harper, Butch Cassidy and the Sundance Kid, Marathon Man).

The following weapons were used in the film All the President's Men: 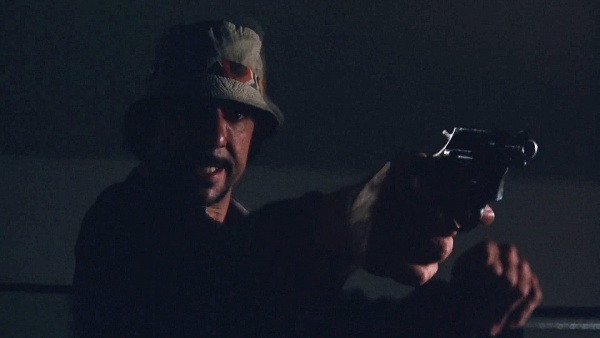 One of the other arresting officers (Anthony Mannino) at the Watergate burglary is seen carrying what appears to be a Smith & Wesson Model 10 when searching the Democratic Headquarters offices for the five burglars. 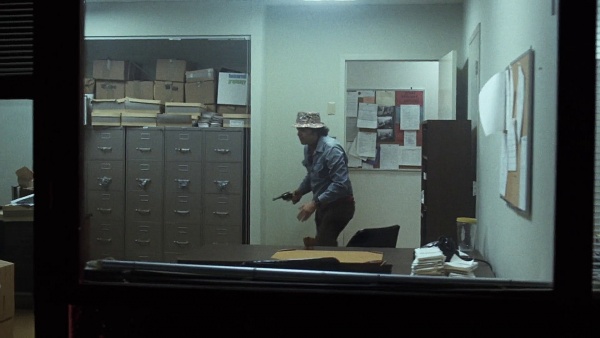 One of the other arresting officers (Anthony Mannino) at the Watergate burglary is seen carrying what appears to be a Smith & Wesson Model 10. Note the lack of computers and other office electronics that are now common.
Retrieved from "https://www.imfdb.org/index.php?title=All_the_President%27s_Men&oldid=1289094"
Categories: