A Night to Remember

A Night to Remember is a 1958 British historical disaster drama movie directed by Roy Ward Baker based on the 1955 book of Walter Lord and is thus the eighth film about the Titanic. April 14, 1912: The largest luxury liner of its time chases through the darkness at top speed. Shortly before midnight, the unthinkable happens. The supposedly unsinkable R.M.S. Titanic rams an iceberg and begins to sink. By the end of the night, she will have taken over 1500 souls with her to her grave on the icy Atlantic waters.

The moving drama is based on memories of 64 survivors and built the structures according to the original plans of the Titanic. Also, several shots from the 1943 Nazi propaganda film Titanic were cut in, due to the accurate reconstruction of the ship in that film version. The black-and-white film, shot in England and Scotland, was a model for James Cameron's 1997 epic, which can also be seen in the fact that many scenes and dialogues of both films show striking similarities. Actor Bernard Fox, who played lookout Frederick Fleet in that film, also appeared in Cameron's film, playing 1st-class passenger Col. Archibald Gracie.

The following weapons were used in the film A Night to Remember:

As the situation gets more and more out of control, Webley Mk V revolvers are given to all officers of the Titanic including Second Officer Charles Lightoller (Kenneth More), First Officer William Murdoch (Richard Leech), Fourth Officer Joseph Boxhall (Jack Watling), Sixth Officer James Moody (Michael Bryant), and Fifth Officer Harold Lowe (Howard Pays). Second Officer Lightoller can be seen firing his into the air four times when passengers begin crowding onto a lifeboat. It is worth mentioning that the Mk V revolvers are anachronistic for 1912, as this variant was adopted only one year later. Historically accurate choices would be the Webley .455 Mk II variant for most officers, except Officer Lowe, who owned an FN Model 1900. 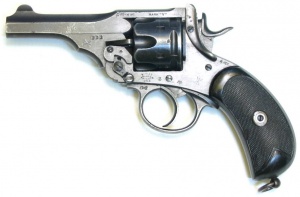 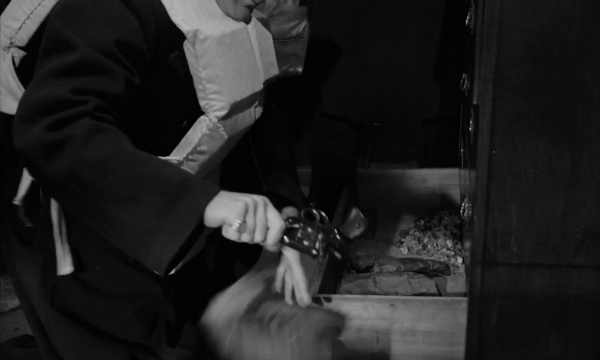 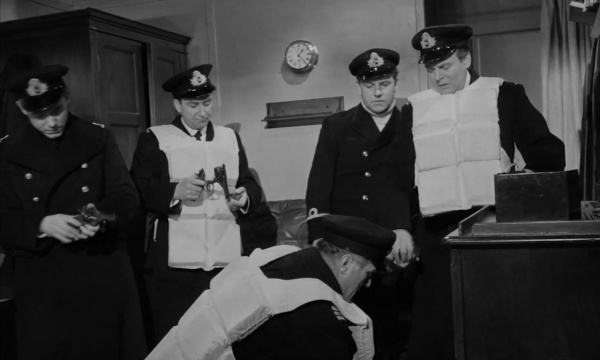 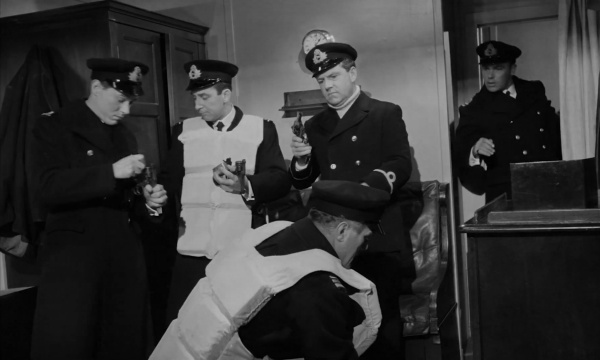 Lightoller checks his Webley as officers Boxhall and Lowe break theirs open and Murdoch reaches for his own. 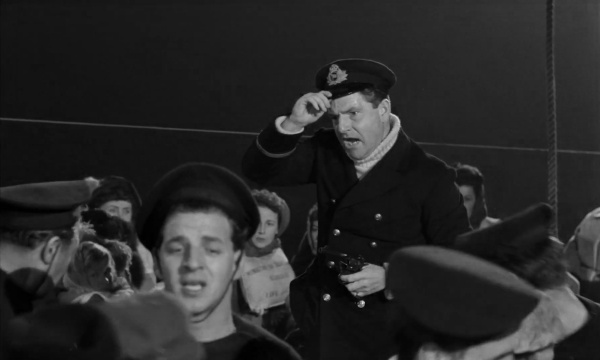 "Don't Panic! Hold on yourself!"
After firing 4 shots into the air, Lightoller tells the passengers not to panic during the loading of lifeboat no. 14. 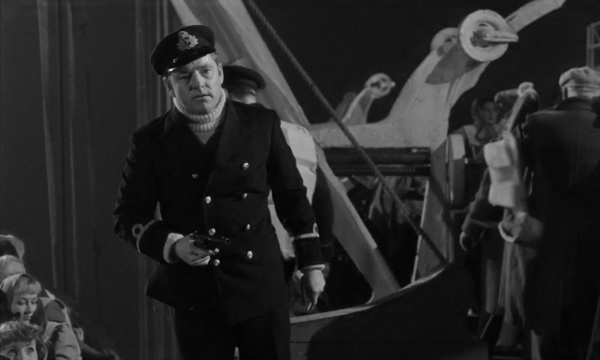 Lightoller walks up the deck with his Webley drawn after telling Fifth Officer Lowe to man boat no. 14.