AMT (Arcadia Machine and Tool), in an attempt to resurrect the name of the AMC .44 Auto Mag Pistol, named their weapons the Automag, even though their designs had little to do with the original pistol. To prevent lawsuit, it is commonly know that these pistols are written "Automag" while the original AMC models were written Auto Mag. These guns are built to fire unique high powered cartridges, and they mainly are longslide guns.

The AMT Automag series of pistols have been used in the following films:

Chambered in .22 Winchester Magnum Rimfire (WMR), this is technically the first of the AMT Automags despite being labeled number II. 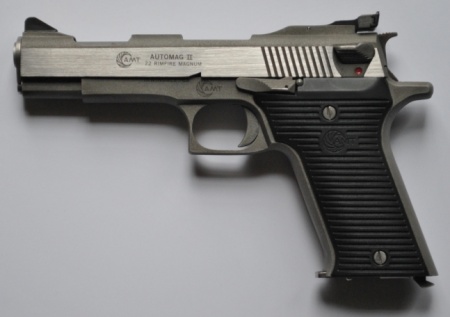 Chambered in .30 Carbine, originally built for the M1 Carbine. 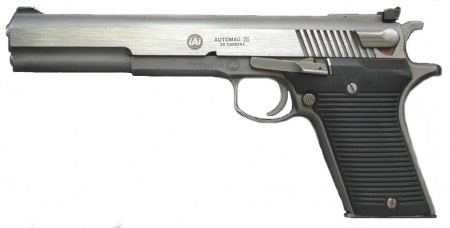 Chambered in .50 AE, a decent attempt to rival the Desert Eagle, the previously maverick gun chambered in this caliber. 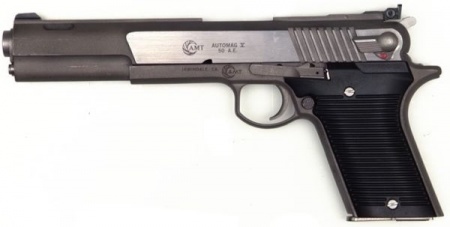