Cryostasis: Sleep of Reason (Russian title: Анабиоз: Сон разума, "Anabiosis: Sleep of Reason") is a first-person shooter survival horror video game available exclusively for the PC. The game takes place in 1981 on a shipwrecked nuclear icebreaker called the North Wind. The main character, Alexander Nesterov, is a Russian meteorologist who finds himself aboard the ship and begins to investigate what happened to the crew. Note: in the story, the hero is "thrown away" into an alternative reality, where the icebreaker will be wrecked back in 1968 and lost, which explains the choice of weapons.

The following weapons appear in the video game Cryostasis: Sleep of Reason:

The Mosin Nagant M38 Carbine appears in Cryostasis as "Mosin Nagant 1891". Holds five rounds. Has a long range, medium damage but low rate of fire. A scoped version can be obtained, but it is rarely useful, since the whole game takes place in close quarters. The weapon loads with stripper clips when empty and with loose rounds mid-clip, the non-scoped version loads with loose rounds only, which is correct. Infested crew members often use the non-scoped version.

Model of the Mosin Nagant. 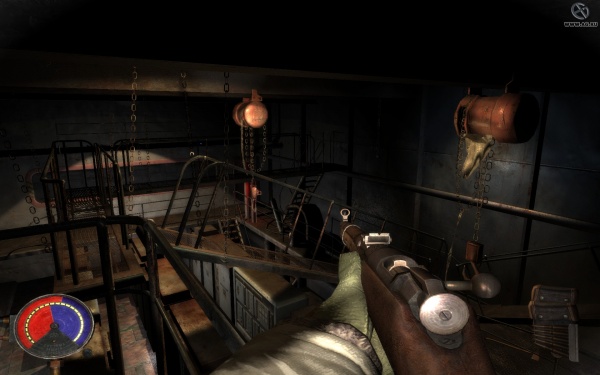 The player holding the Mosin Nagant. 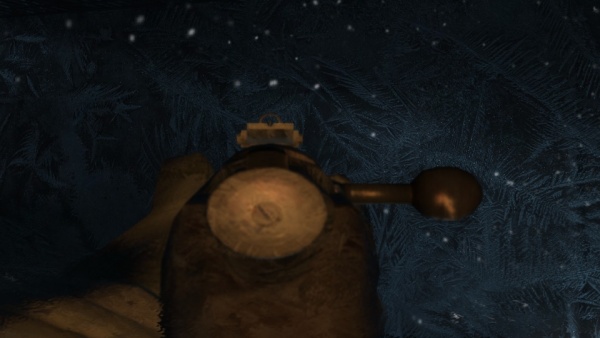 Iron sights of the Mosin Nagant. 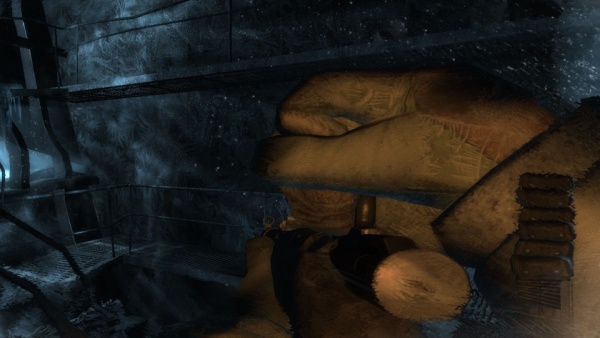 Reloading the weapon in the game. 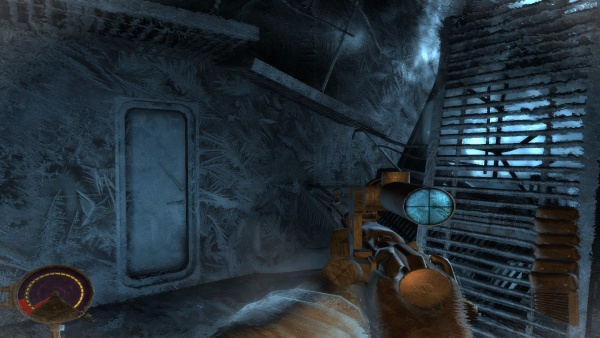 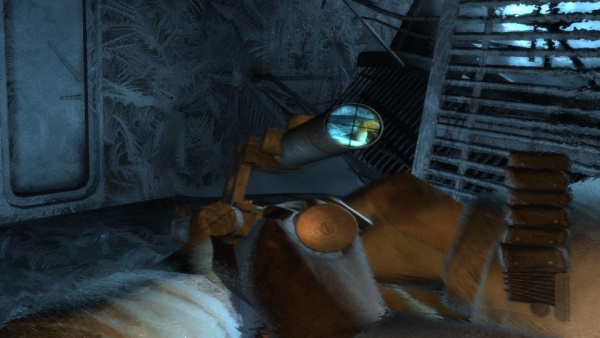 Pulling the bolt of the rifle.

The Tokarev SVT-40 Rifle appears in the game. A rather implausible weapon to find on an Arctic icebreaker in 1960s since this rifle was notoriously prone to gas system malfunction in extreme cold. This is probably referenced in the game by the rifle having much slower rate of fire than in real life.

Model of the SVT-40. Unfortunately the bayonet is not available in the actual game. 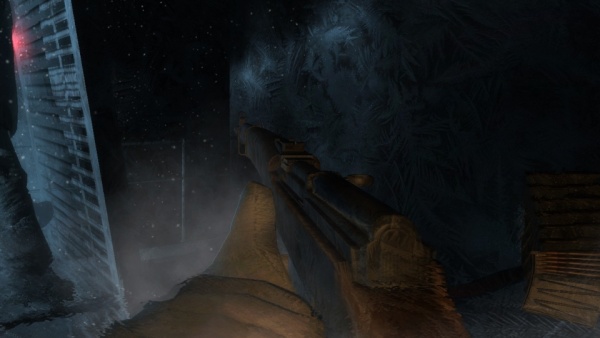 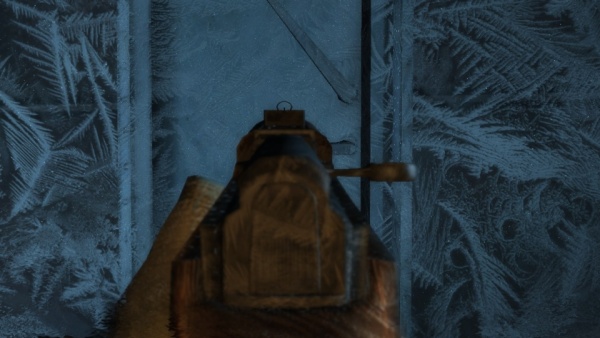 Iron sights of the Tokarev SVT-40.

The PPSh-41 is the only submachine gun and also the only automatic weapon in the game. Comes with the standard 71-round drum magazine, high rate of fire and moderate damage. When the player releases the trigger (actually the mouse), the gun will still fire a few bullets. Some mutated crew members use a heavily modified version of this gun. 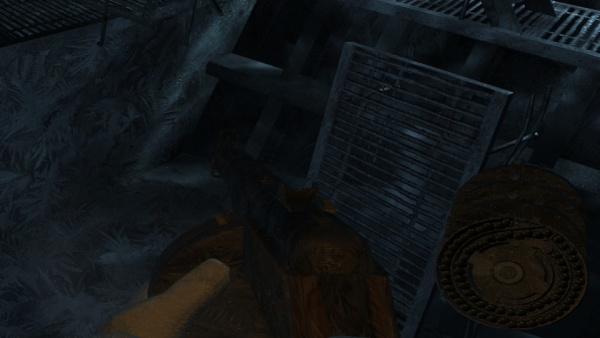 The player holding the PPSh-41. The cutaway image of the drum mag on the right is the ammo-indicator. 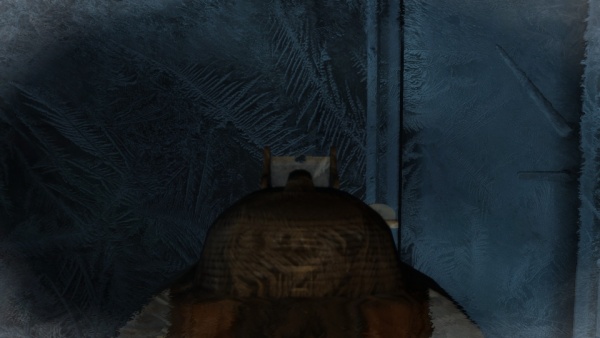 Iron sights of the PPSh-41. 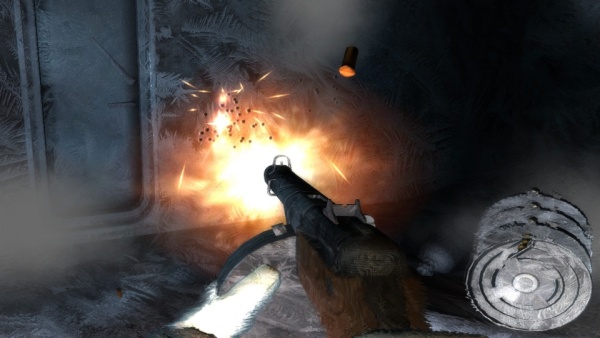 Shooting the PPSh-41. Note that the magazine is almost empty. 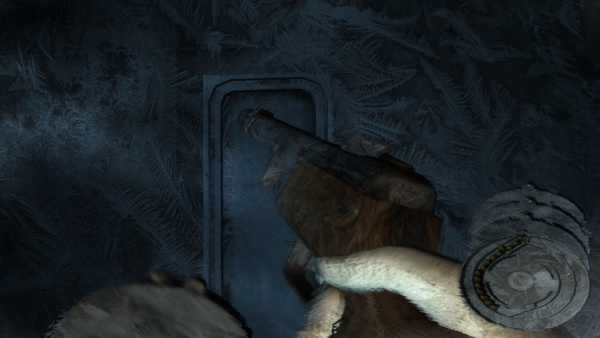 Reloading animation of the gun. 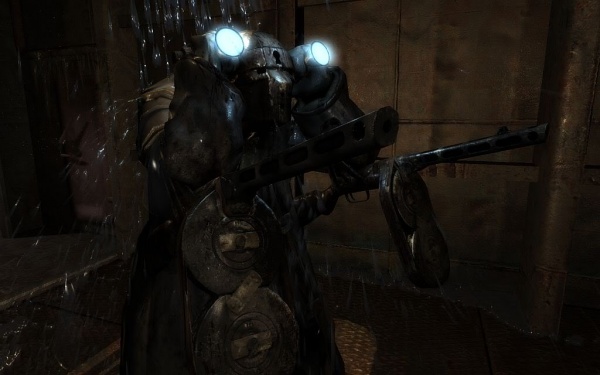 A modified version of the PPSh-41 on an infested crew member. Two 71-round drums are welded together for increased ammo capacity. This guy also wields two of the weapons, just in case he runs out of ammo while "spraying".

The Walther Model SLD is a German World War II double-barreled flare pistol. It appears in the game as "Walter AC-1940 Signal Pistol". The gun fires extremely hot flares at a very slow fire-rate. Those flares can be used to distract the enemy creatures, because they will move towards the heat source. The fired flares can also be used to warm up and restore health. 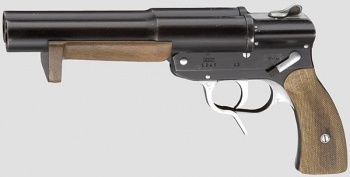 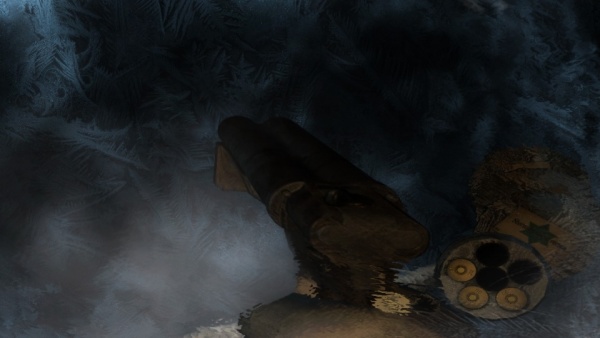 The player holding the SLD. He always fires the flare in the left barrel first, then he uses the lever on the top of the frame to select the right barrel. In real life both barrels can be fired at the same time, by setting the lever to the middle - this option is not available in the game. 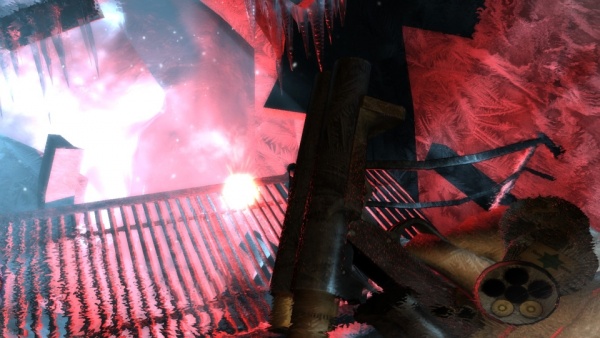 The player empties the gun to make room for the new cartridges. Strangely, the gun cannot be reloaded with an unfired round in the right chamber. 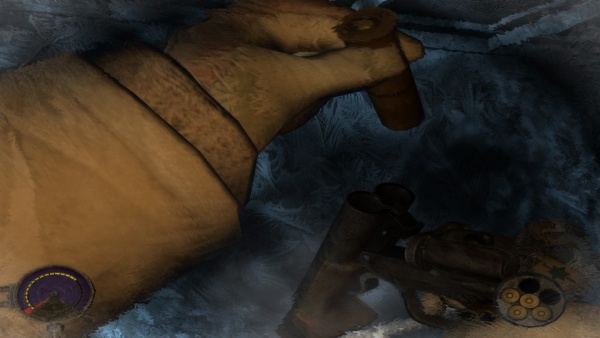 Inserting some new shells into the weapon. The HUD icon may confuse into thinking the gun has a 6-round "magazine" capacity, but in fact it indicates the number of flares left in the ammo pack - which means 6 rounds is the maximum ammo reserve for this weapon.

The short variant of the AMT Automag II pistol (which many players mistake for the Browning Hi-Power) is used by several characters during the flashbacks. This weapon, however, cannot be used by the player. The Automag pistol is a very strange choice, it's not only a rare gun, and it was never used officially by the Soviet Union or any branches within it, not to mention the AutoMag II was not available until 1987. 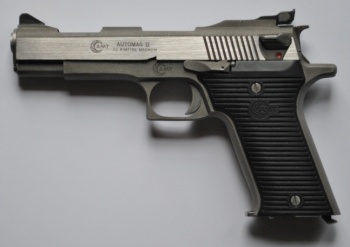 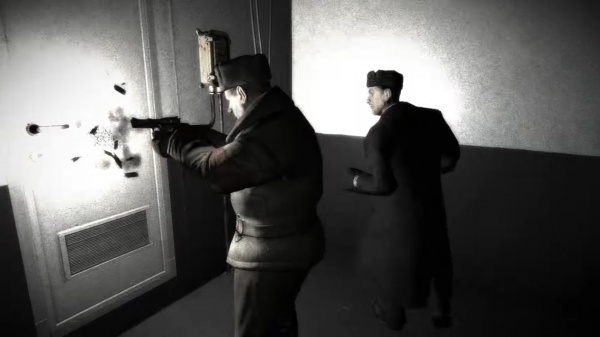 The Degtyaryov DP-27 LMG was to appear as the most powerful firearm in the game, but was cut before the final release for gameplay balance reasons. 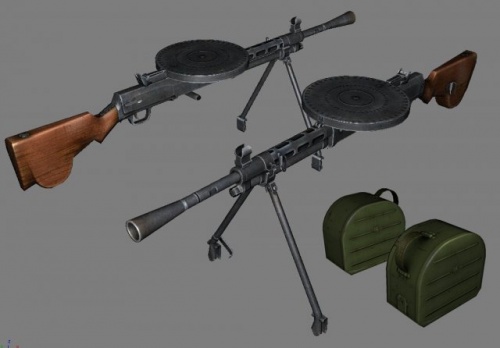 The render of the removed DP-27.
Retrieved from "https://www.imfdb.org/index.php?title=Cryostasis:_Sleep_of_Reason&oldid=1351250"
Categories: