The Stand is the 2020 television web miniseries based on the 1978 horror/post-apocalyptic novel by Stephen King. The miniseries had previously been adapted as a 1994 television miniseries that aired in the US on ABC and starred Gary Sinise. The cast of the 2020 miniseries includes Alexander Skarsgård as Randall Flagg, James Marsden as Stu Redman, Owen Teague as Harold Lauder, Jovan Adepo as Larry Underwood, Whoopi Goldberg as Mother Abigail, Greg Kinnear as Glen Bateman,Clifton Collins, Jr. as Bobby Terry (played by Sam Raimi in the 1994 miniseries) and Amber Heard as Nadine Cross. The new series was filmed in Vancouver, Canada and Las Vegas, Nevada from September 16, 2019 to March 11, 2020, concluding mere days prior to the Covid-19 Pandemic shutting everything down (an interesting case of reality imitating art). The miniseries premiered on the streaming service CBS All Access on December 17, 2020, and aired nine weekly episodes until February 11, 2021.

The following weapons were used in the television series The Stand: 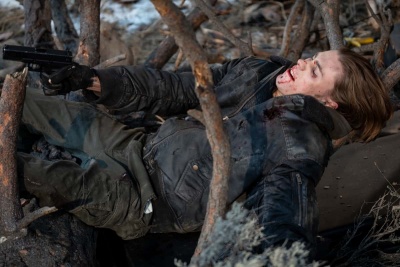 A production image of an injured Harold (Owen Teague) with his Glock as he attempts to take somebody with him. 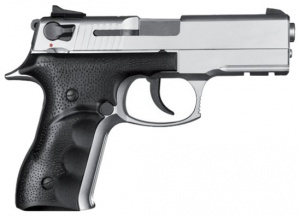 Closeup of Starkey's SIG-Sauer P226R in "The End" (S1E01). This image clearly reveals that the weapon was made by combining a newer P226R frame with a very old (1980s-vintage) mandrel-stamped slide from an original German-made P226 (note the beveled edges at the top of the slide, a distinctive characteristic of pre-1989 SIG-Sauer pistols).

During his escape from the facility Stu Redman (James Marsden) arms himself with an FN Five-seveN pistol. 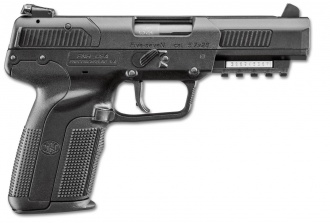 Stu Redman (James Marsden) arms himself with an FN Five-seveN pistol in "The End" (S1E01).

Garvey (Angus Sampson), a murderous truck driver, is armed with what appears to be a Rossi Model 971 revolver when he is encountered by Stu Redman (James Marsden) and his group while traveling to Colorado in "The House of the Dead" (S1E04). 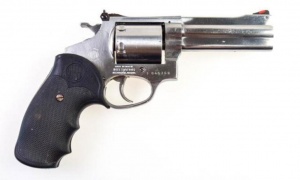 Garvey (Angus Sampson) is armed with what appears to be a Rossi Model 971 revolver in "The House of the Dead" (S1E04). 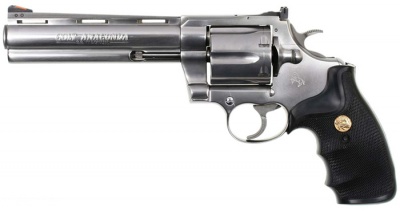 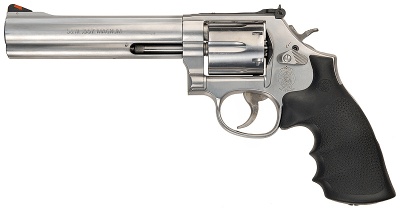 An Ithaca 37 shotgun appears to be held by Julie Lawry (Katherine McNamara) in "The House of the Dead" (S1E04).

An Ithaca 37 shotgun is held by Julie Lawry (Katherine McNamara) in "The House of the Dead" (S1E04). 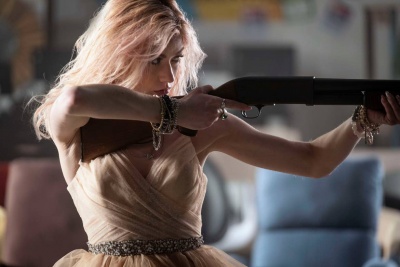 A production image of Julie Lawry (Katherine McNamara) holding an Ithaca 37 shotgun in "The House of the Dead" (S1E04).