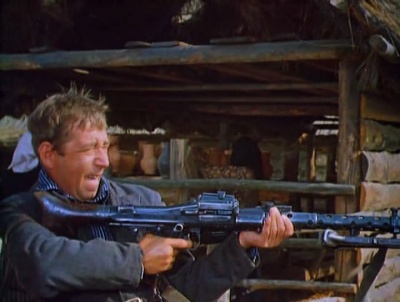 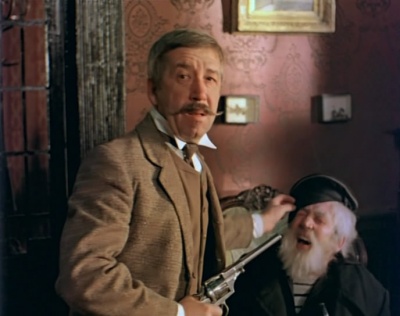 Boryslav Brondukov with Reichsrevolver M1879 as Inspector Lestrade in The Adventures of Sherlock Holmes and Dr. Watson: The Treasures of Agra (1983).

Boryslav Mykolayovych Brondukov (1 March 1938 – 10 March 2004) was a Soviet Ukrainian actor known for his drama and comedy roles. He appeared in over 120 movies and TV among which are popular Afonya, Queen of the Gypsies, The Garage, We Are from Jazz, The Adventures of Sherlock Holmes and Dr. Watson. Brondukov suffered several strokes in 1984-1997 and died in 2004, March 10, aded 66.