From Internet Movie Firearms Database - Guns in Movies, TV and Video Games
(Redirected from The Winter Hut on the Studyonaya (Zimovye na Studyonoy))
Jump to navigation Jump to search

The following weapons were used in the film The Winter Hut on the Studyonaya (Zimovye na Studyonoy):

Liodor (Dmitri Nalivaichuk) tries to hunt a hare by the Vetterli Rifle, converted to shotgun but Mikhey Zotych (Yuriy Dubrovin) tooked it from him. The exact model can be ID by the shape of the trigger guard and rear part of the bolt. 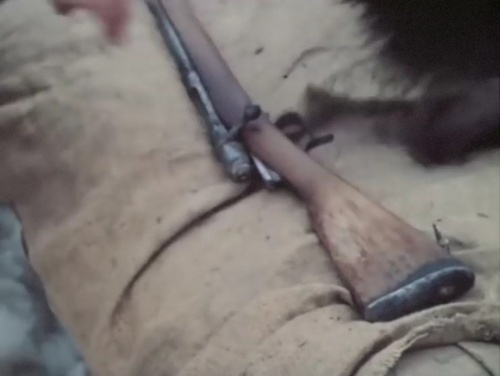 The Vetterli converted shotgun is seen lying on the sled. The typical trigger guard can be seen. 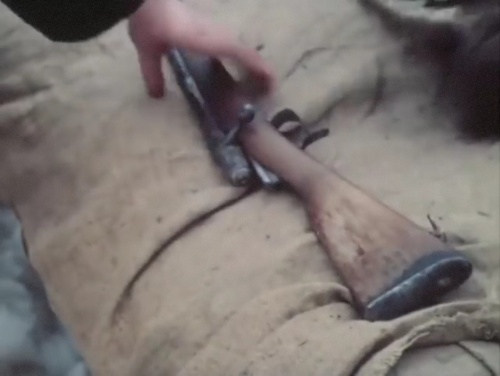 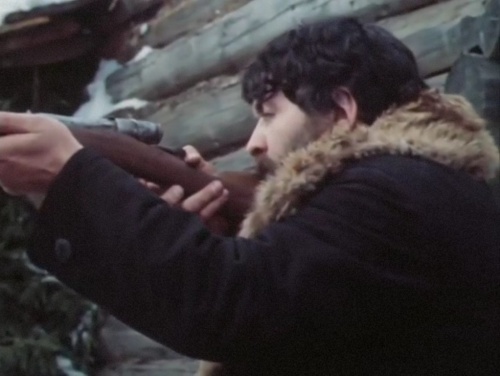 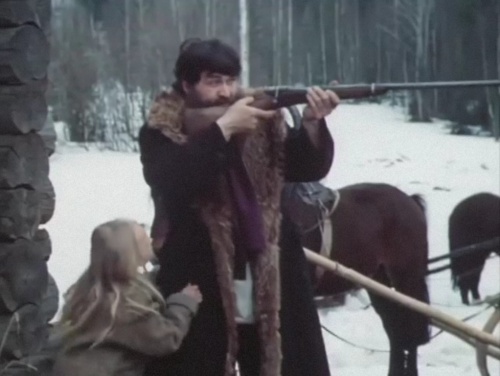 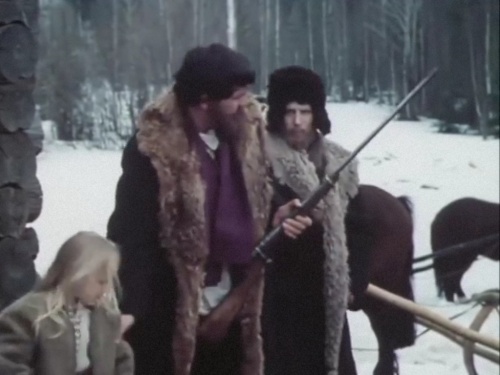 The bolt handle can be seen. 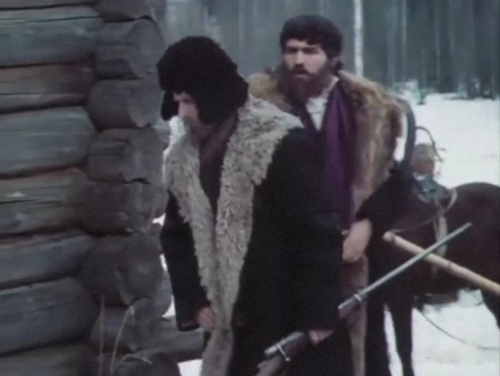 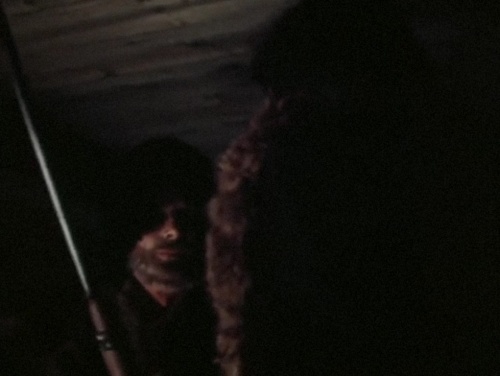 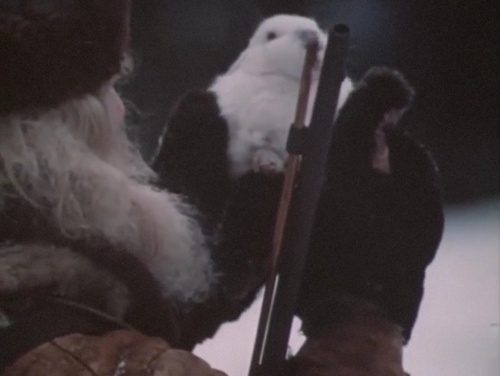 The muzzle, front sight and handmade ramrod can be seen. 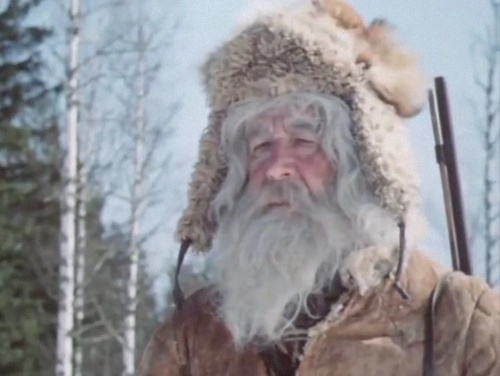 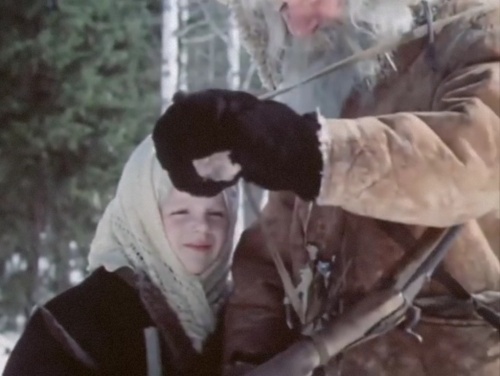 The percussion lock can be seen. 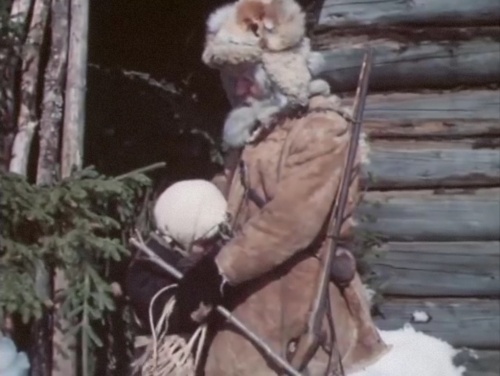 The shompolka is a good seen. 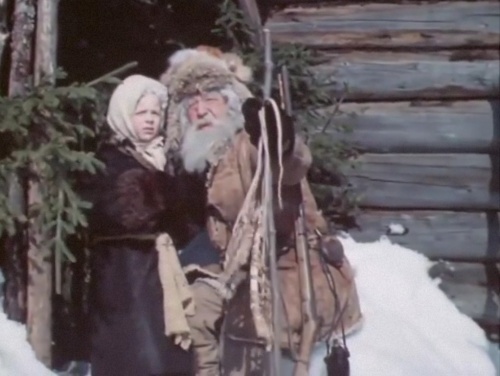 Note, that the sling is attached to the buttstock, not the ring. 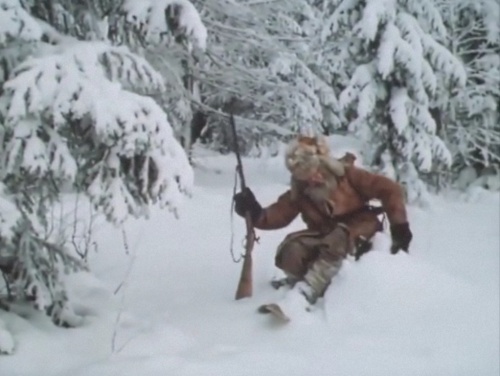 Yeleska holds the Shompolka shotgun. The typical shape of the percussion lock hammer can be seen. 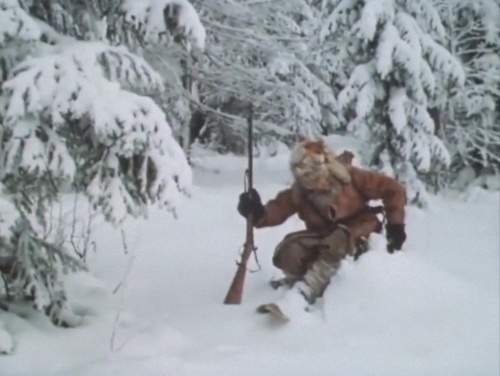 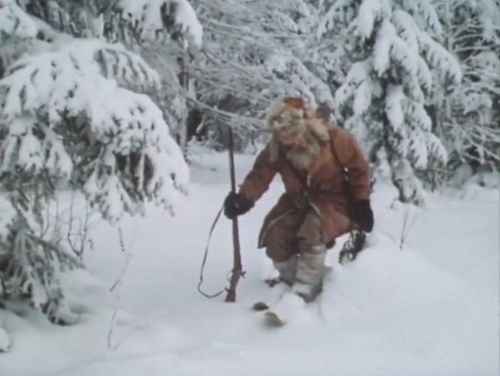 Yeleska puts his shotgun on the snow.
Retrieved from "https://www.imfdb.org/index.php?title=Winter_Hut_on_the_Studyonaya_(Zimovye_na_Studyonoy),_The&oldid=1205096"
Categories: