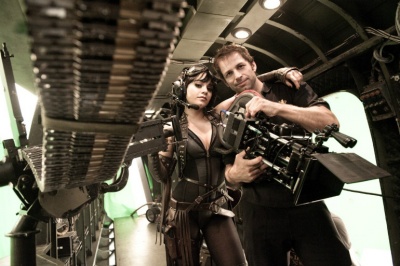 Zack Snyder poses with Vanessa Hudgens on the set of Sucker Punch.

Zack Snyder is a feature film director who is best known for adapting several comic book series into feature films including 300, Watchmen (2009), Man of Steel and Batman v Superman: Dawn of Justice. Snyder often has appeared in his films in cameo roles.

See the Discussion for the films in the IMFDB directed by Zack Snyder.