Wolfenstein: Youngblood is a co-op first-person shooter videogame released in July 2019 on PC, PS4, XBOX One, and Nintendo Switch. It follows the twin daughters of BJ "Terror Billy" Blaskowitz, Jess and Soph, who set out to Nazi-occupied France in 1980 to look for their father, who has gone missing.
The following weapons appear in the video game Wolfenstein: Youngblood:

This is a heavily-modified Luger P08 that is taken from the previous Wolfenstein games. It is one of the possible starting sidearms in the game, along with the "Maschinenpistole." It is equipped with a suppressor by default. 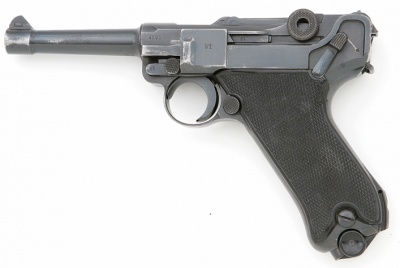 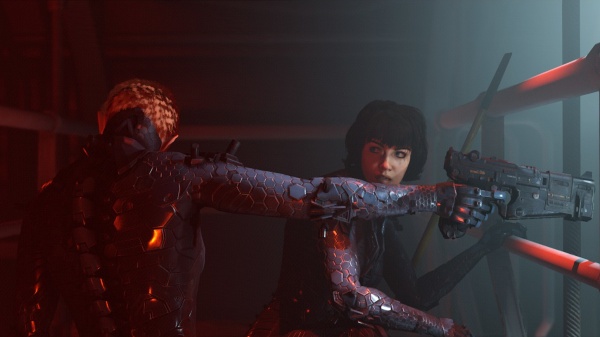 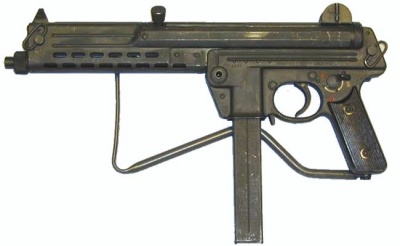 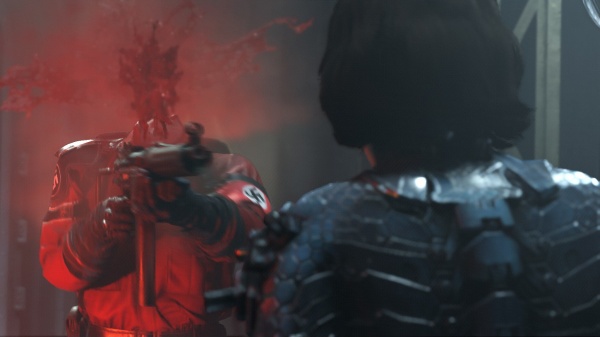 Jess tries not to lose her head as a Nazi, "Blitzgewehr" in hand, loses his

The "Maschinenpistole" (Machine Pistol) is the second of the possible starting sidearms. Bizarrely, it appears to be based somewhat on an IMI Micro Uzi; this is a rather "interesting" design to base the gun on to say the least, as the Uzi originates from Israel, a country that does not exist in the Wolfenstein universe due to the Nazis winning the Second World War (but it cannot be said that it is pointless, since Uzi was the "spiritual successor" of the MP40 in Israeli service and was actually created to replace this). It has a hooded front sight like the MP40, as well as a 60-round drum magazine located in the grip, recalling the general layout of the Luger LP08 "Artillery"'s distinctive Trommelmagazin 08 "snail" drum (though the mag itself looks more like a miniaturized version of the MG34's 50-round "assault drum"); several of its other features seem to be taken from the Luger as well, namely the trigger, trigger guard, and lower receiver (including the rear end of the Luger's toggle mechanism and the distinctive curved bearing surfaces that facilitate the breaking open of its toggle, despite neither of them serving any purpose on a weapon that isn't toggle-locked). 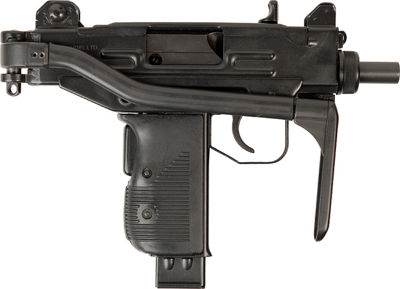 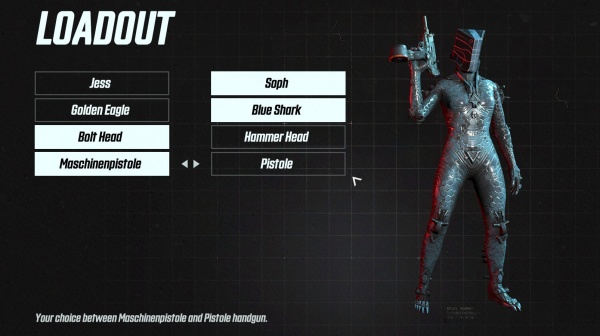 Soph showing off her stylish armour and "Maschinenpistole" at the loadout screen during the start of the game. This version has a drum magazine (taken from MG34) for extra dugadugaduga time before reloading 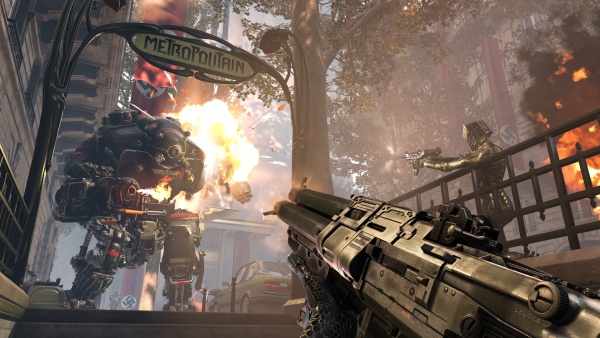 One of the Blaskowicz sisters dual-wielding a pair of "Maschinenpistolen," right 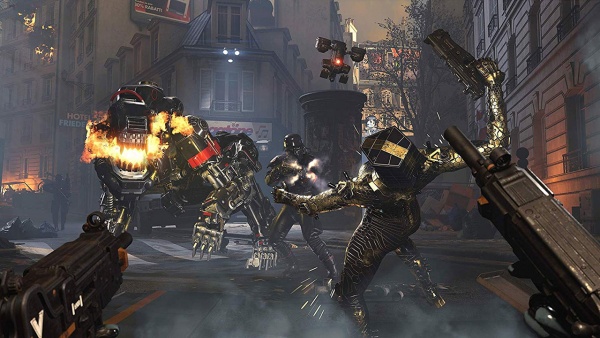 First-person view of the "Maschinenpistolen" in use, note the MP5-style hooded sights
Retrieved from "https://www.imfdb.org/index.php?title=Wolfenstein:_Youngblood&oldid=1288716"
Categories: