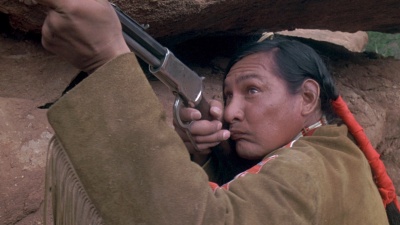 William "Will" Sampson, Jr. (September 27, 1933 - June 3, 1987) was a Native American painter, actor, and rodeo performer. He is best known for the roles of Chief Bromden in One Flew Over the Cuckoo's Nest and Ten Bears in The Outlaw Josey Wales.