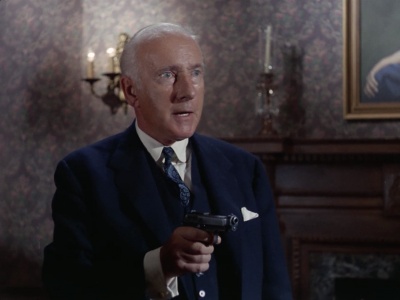 Wilfrid Hyde-White was a British character actor who worked in numerous British films in the thirties, forties and fifties before tax problems drove him to Hollywood in the sixties, where he appeared in such series as Mission: Impossible and Columbo. To sci-fi television audiences, he is also known for his appearances on the series Battlestar Galactica and Buck Rogers in the 25th Century. He also was the father of fellow actor Alex Hyde-White