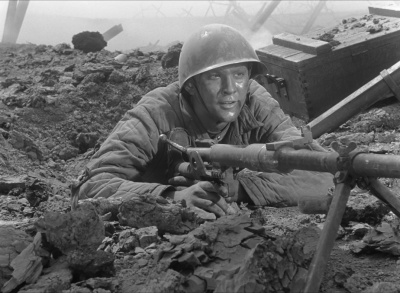 Vladimir Sergeyevich Ivashov (August 28, 1939 - March 23, 1995) was a Soviet and Russian actor, internationally known for his debute role of Alyosha Skvortsov in 1959 film Ballad of a Soldier. In 1962 Ivashov was the nominee for BAFTA Award as Best Foreign Actor. In 1980 he was awarded the title of the People's Artist of the RSFSR.