I do not have an account on the IMFDB Forum because I do not give my e-mail address to any site, no exceptions. I still am very active on IMFDB itself and will not mind if you post something from the forum on my talk page that may be of use.

Why is My Username "Kilgore"? 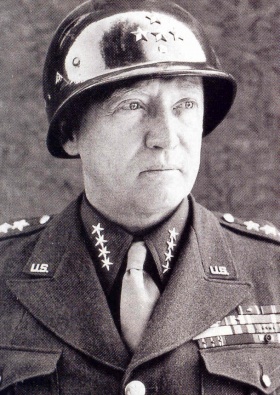 "It is foolish and wrong to mourn the men who died. Rather we should thank God that such men lived" - Gen. George S. Patton, June 7 1945.

Well, Kilgore was the last name of the character played by Robert Duvall in the 1979 Vietnam War movie "Apocalypse Now". Robert Duvall portrayed Kilgore in a way that reminded me of one of me heroes, General George Smith Patton III, the General who lead America to victory(Eisenhower took most of the credit), would have killed the dumb SOB Adolf Hitler(if Hitler was not a filthy coward) and would have been President if He had not died in car crash. Col. Kilgore reminded Me of Patton and because nobody but Patton and his Family are worthy of bearing his name, I took the next best thing. 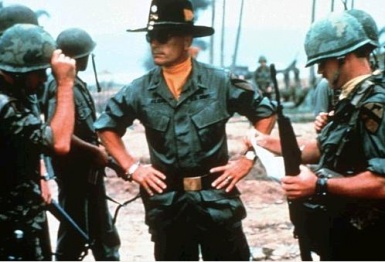 "I Love the smell of Napalm in the Morning" - Robert Duvall as Col. William Kilgore, 1979 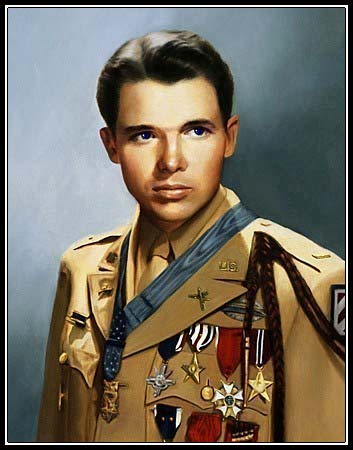 Audie Murphy joined the United States Army at age 16 in 1942. He was 5'5" and weighed 110 pounds and attempted to join the Marines and Air Force before enlisting in the Army. He almost became a cook after he passed out halfway through training, but he insisted on being one of the regular grunts, so they sent to fight with the 3rd Infantry Division.

He was promoted to Corporal during the Invasion of Sicily thanks to his amazing shooting skills. It was when He was in Italy, he also caught malaria and had it for the rest of the war.

Later, when the 3rd Infantry was sent into southern France in 1944, he encountered a German machine gun crew who pretended they were surrendering when they opened fire, killing one of his best friends. Murphy then killed everyone in the gun nest, then used their weaponry to kill every kraut in a 100-yard radius, including two more machine gun nests and several snipers. He received the Distinguished Service Cross and was made a platoon commander.

For the next several weeks, his division suffered more than 4,500 casualties and he was later sent to an army hospital after being wounded by a sniper.

After 10 weeks in the hospital, his division was sent to defend Holtzwihr, France even though he had only 19 men who were still alive. He had a few M-10 Tank Destroyers, but they were destroyed in just a few minutes. He and His men hid a trench and took pot shots at the Germans until they were out of ammo, then, in another act of reality-defying heroics, mounted a .50 cal machine gun attached to a burning M10 with a full tank of gas, and mowed down everything that was still standing. Then, in something that looks like it was from an action movie, the tank blew up behind him as he walked away.

After the war, he battled an addiction to medication to treat his PTSD. He quit cold-turkey by looking himself in a motel room for a week and when he came out, he wasn't addicted anymore.

He starred as himself in the 1955 biographical film To Hell and Back, but the screenplay cut out the most amazing parts for fear that people would not believe it. To Hell and Back went on to become the highest-grossing film made by Universal Pictures and the record would stand for 20 years until Jaws.

The following lists the citations received by Murphy: 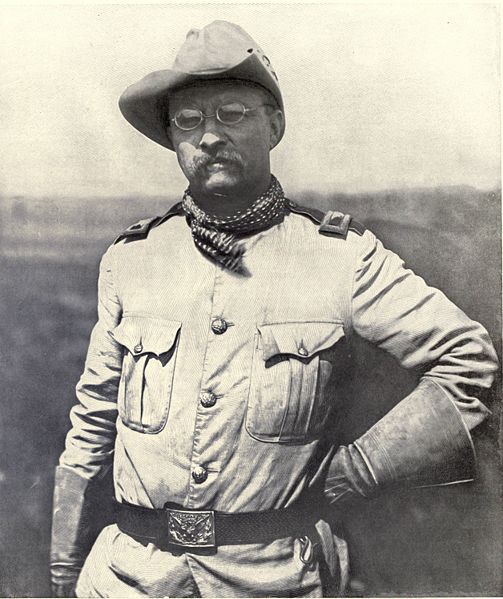 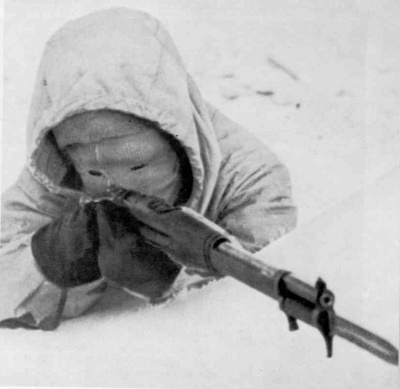 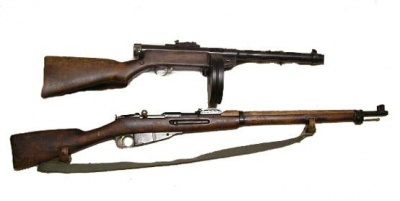 The very same weapons used by Simo Hayha Himself!
Retrieved from "https://www.imfdb.org/index.php?title=User:Kilgore&oldid=1077043"