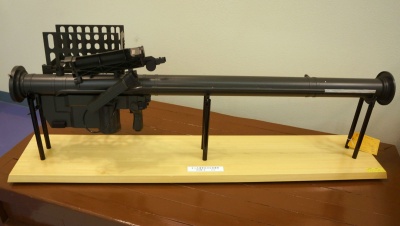 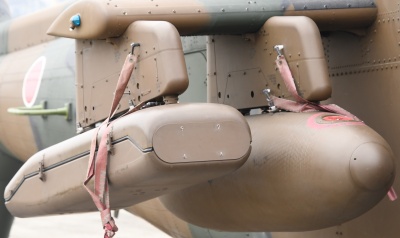 The Type 91 MANPADS is a Japanese man-portable surface-to-air missile system developed in the 80s due to Japanese dissatisfaction with early FIM-92 Stinger variants. The project began in 1982 using a seeker design which had been in development since 1979: for perspective, this was when the Stinger was still the initial, easily spoofed IR-only FIM-92A model.

While it is sometimes dismissed as a straight copy of Stinger and it is certainly heavily based on it, the Type 91 is in several ways a more advanced system, in particular in that it uses imaging infrared instead of contrast infrared: like all Stingers starting with the FIM-92B, it combines this with a UV seeker to defeat countermeasures.

It is also slightly lighter, despite using a higher-caliber missile, though the tradeoff is that the Type 91's missile is slightly slower.

The Type 91 MANPADS and variants can be seen in the following films, television series, video games, and anime used by the following actors:

The Type 91 MANPADS is visually very similar to the FIM-92 Stinger. 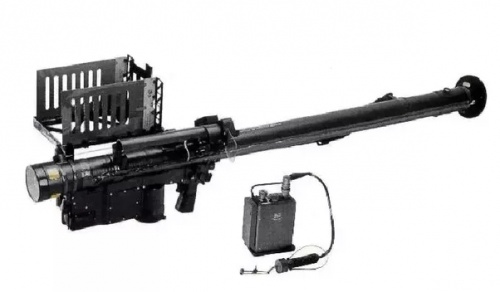 FIM-92 Stinger with IFF interrogator - 70mm. Note that the IFF antenna has one row of full-height holes instead of two rows of half-height holes, there is no rectangular device mounted diagonally on the side of the launcher directly below the sight, and it has a longer and flatter muzzle, rather than the short broad muzzle that looks almost the same as the tailcone of the Type 91.
Retrieved from "https://www.imfdb.org/index.php?title=Type_91_MANPADS&oldid=1368347"
Categories: