Twilight is a 1998 crime drama mystery film directed by Robert Benton. Harry Ross (Paul Newman), a former Los Angeles policeman and also a former private detective, lives in a former garage of a luxury residence of the spouses, Catherine (Susan Sarandon) and Jack Ames (Gene Hackman), former Hollywood stars. Ames borrowers are Harry since he was two years ago wounded by shot from hand their seventeen year old daughter Mel (Reese Witherspoon), when she fled to Mexico with Jeff Willis (Liev Schreiber), her somewhat dubious acquaintances, and Harry will be at Jack's request to find and bring home. By cancer beset Jack asks Harry to deliver a mysterious envelope to Gloria Lamar (Margo Martindale), but the seemingly simple task turns into unexpected drama when Harry meets an old man, Lester Ivar (M. Emmet Walsh), who will try to shoot his. In Harry wakes up former cop, he finds that Ivar twenty years ago investigated the disappearance of Catherine's first husband. The case was then postponed as unsolvable, but Harry begins to suspect the truth when he gets on the trail that will lead him to Raymond Hope (James Garner), a former security chief film studio.

The following weapons were used in the film Twilight (1998): 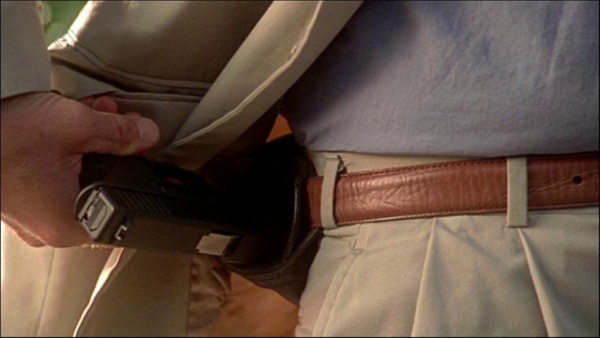 Harry pulls a gun from holster ... 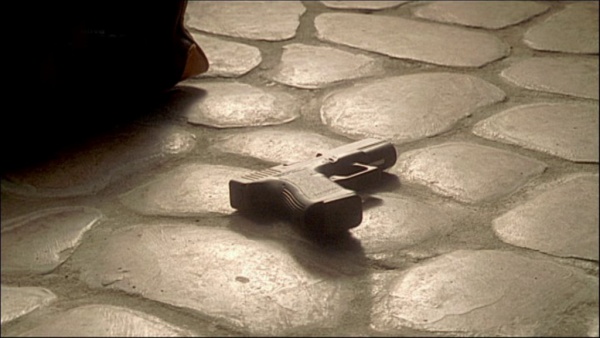 ... when him hits Mel Ames, dropped his gun on the ground. 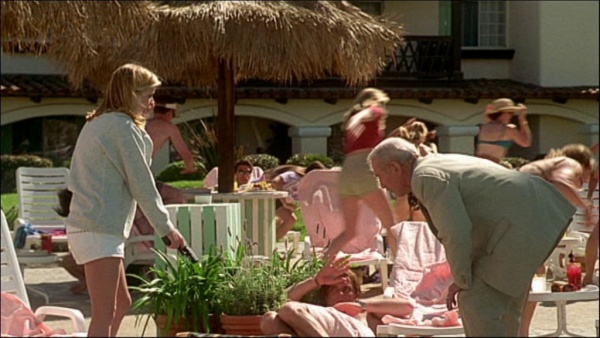 Mel picked up the gun.

In some scenes, it seems that Harry Ross (Paul Newman) has a Glock 17. 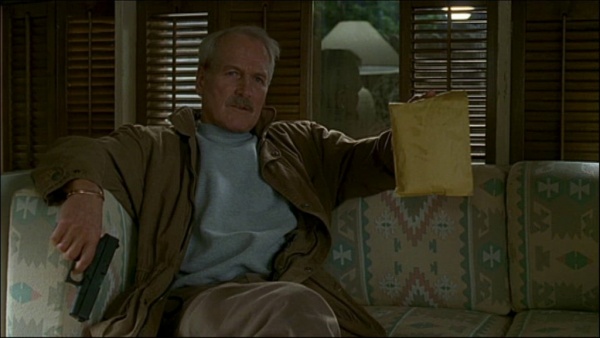 The fact that it is the Glock 17 indicates the length of barrel as it extends past the trigger guard.

The Smith & Wesson 5903 is used by ex-cop Lester Ivar (M. Emmet Walsh). This scene and the character is a sly nod to Walsh's role of Loren Visser in Blood Simple. The last time we see private eye Loren Visser he is injured and trapped in a bathroom. In the 1984 movie his carry pistol is the Smith & Wesson Model 39. Ross (Paul Newman) enters a bathroom only to find a bleeding and badly injured Lester carrying a 9mm Smith & Wesson pistol. Both characters are shot in the stomach as well. 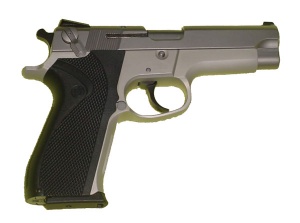 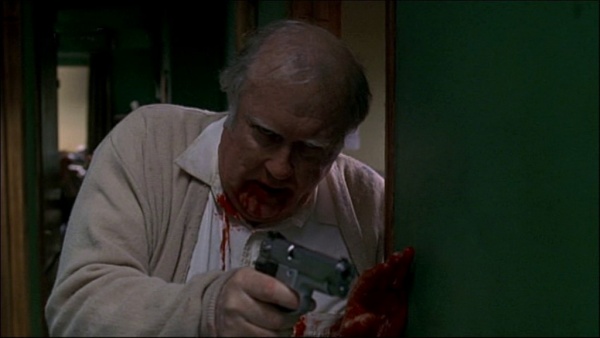 Lester Ivar fired at Harry from a gun. Note the different colour of the slide and frame indicating that this is the alloy framed 5903 rather than the all steel 5906. 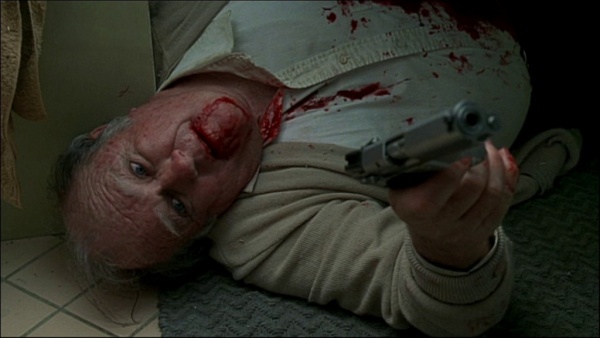 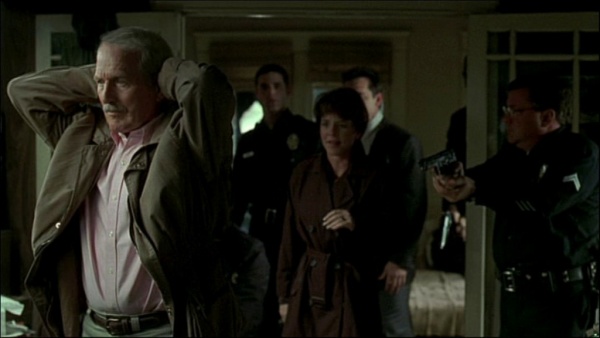 The policeman aims his sidearm at Harry who stand with hands behind head. 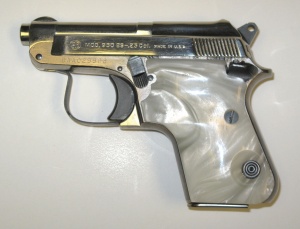 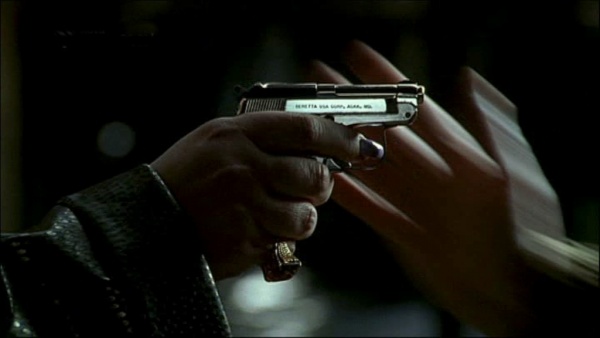 Gloria pulls at Harry her gun, but Harry tossed it on the ground. 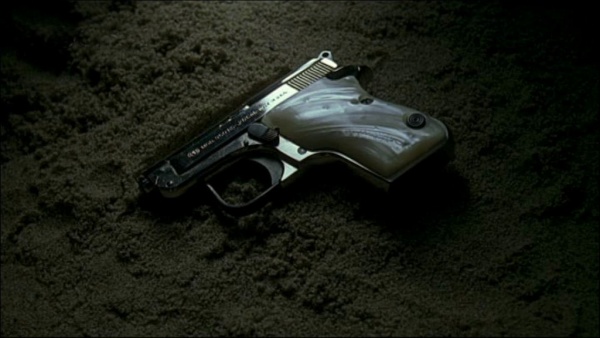 It's the stainless Beretta 950 Jetfire with a pearl grips. 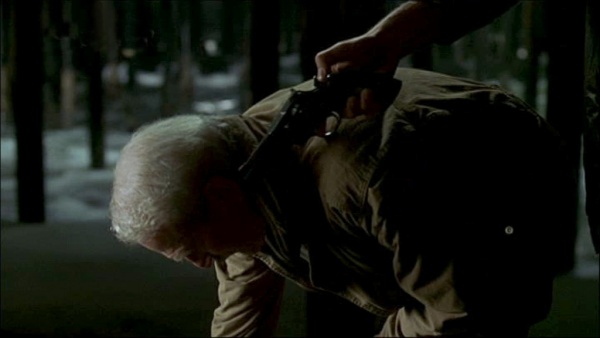 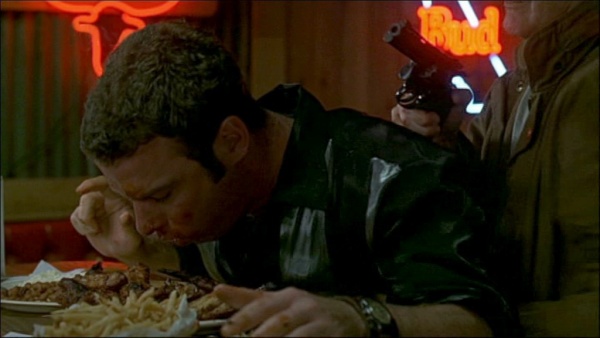 Raymond Hope (James Garner) is armed with a Ruger KP89. 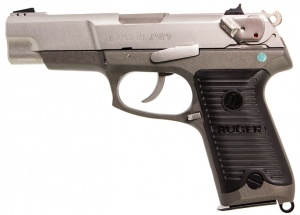 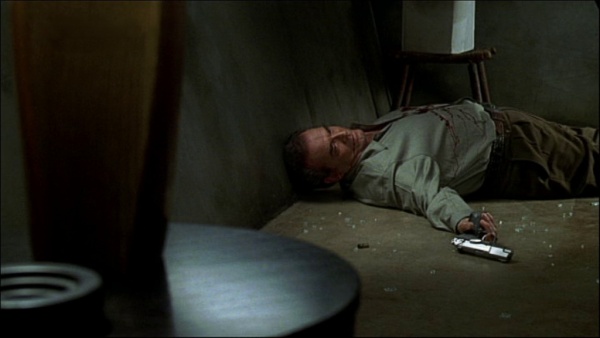 Raymond after the shootout lay with gun in his hand.
Retrieved from "https://www.imfdb.org/index.php?title=Twilight_(1998)&oldid=1436319"
Categories: