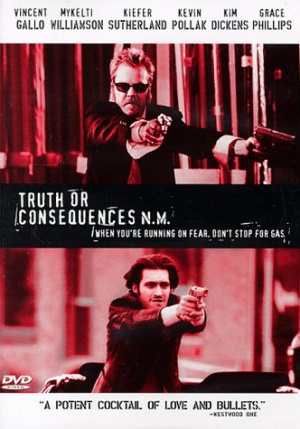 Truth or Consequences N.M. is a 1997 neo noir crime film that revolves around Raymond Lembecke (Vincent Gallo), a recently released convict who collaborates with a former colleague to participate in one more heist to exact revenge on his former boss. When the heist goes terribly awry, the crew find themselves on the run from both the crime boss and law enforcement. The film's cast included Mykelti Williamson, Kim Dickens, Kevin Pollak, Martin Sheen and Kiefer Sutherland, who also directed the film.

The following weapons were used in the film Truth or Consequences N.M.:

A SIG-Sauer P226 is one of the pistols wielded by Curtis Freley (Kiefer Sutherland). 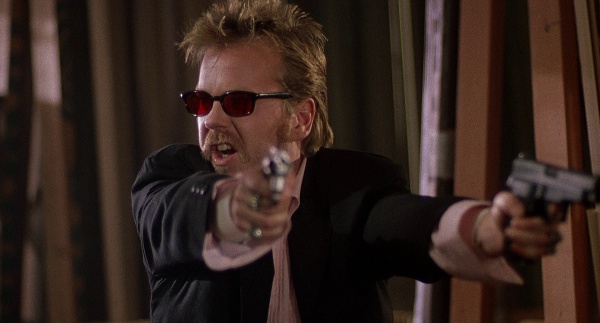 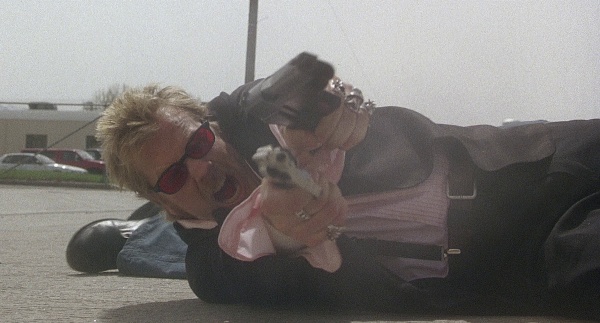 Curtis Freley (Kiefer Sutherland) dual-wields the SIG-Sauer P226 pistol in his left hand along with the Smith & Wesson Model 642 revolver in his right. 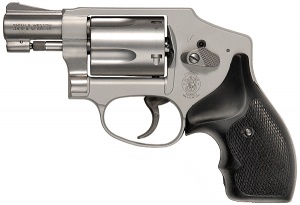 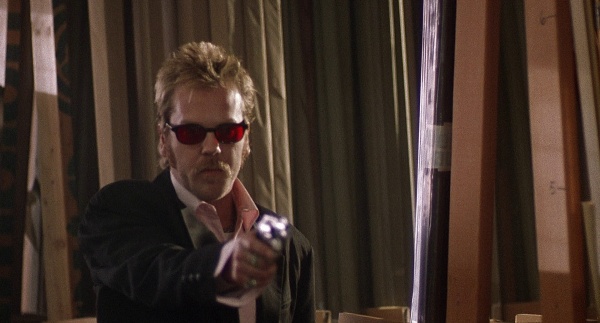 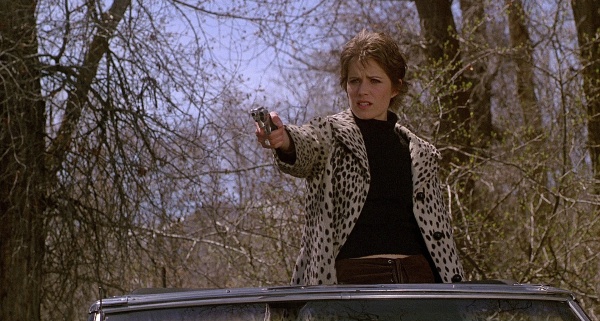 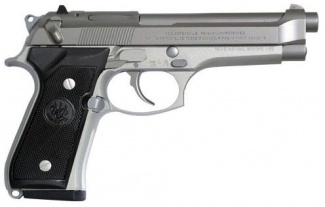 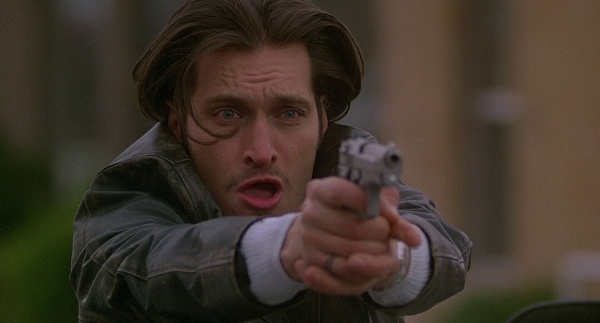 A gunman is armed with a Mossberg 500A Mariner fitted with a pistol grip in the final shootout. 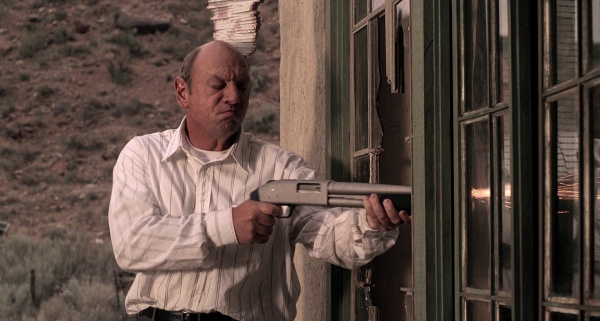 A gunman is armed with a Mossberg 500A Mariner fitted with a pistol grip in the final shootout.

Several officers can be seen with Mossberg 590 shotguns. 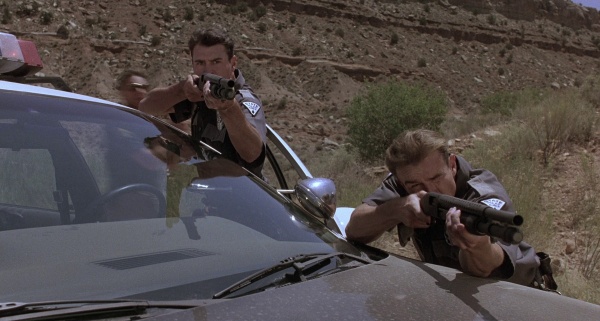 The officer with the Mossberg shotgun.

A Remington 870 Express with a short barrel is seen in the hands of Sir (Martin Sheen).

Remington 870 Field shotgun with a sawed off barrel 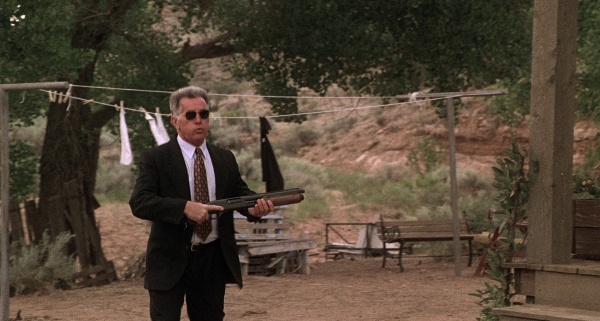 Cecil (Tim Parati) is seen armed with a Winchester Model 1200 shotgun. Agents are also armed with the shotgun. 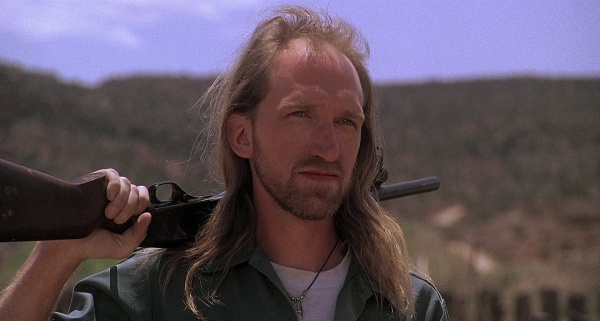 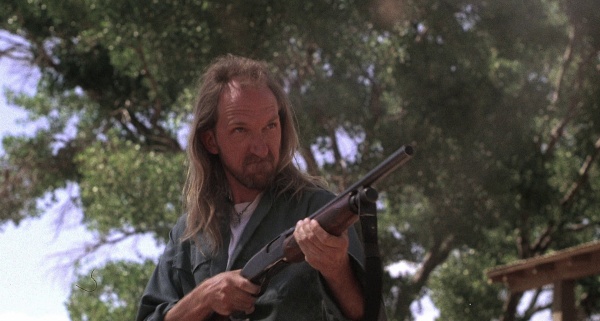 Cecil prepares to use the shotgun. 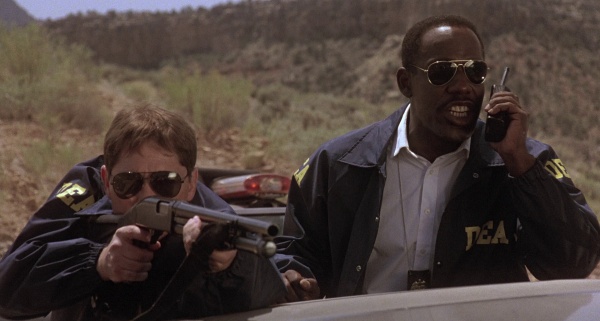 DEA agent on the left with another Winchester shotgun that's fitted with a stock and pistol grip.

A gunman is seen using an Interdynamic MP9 during the final shootout. 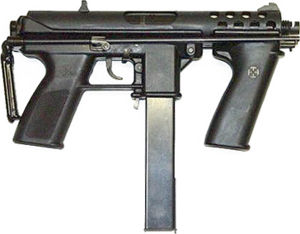 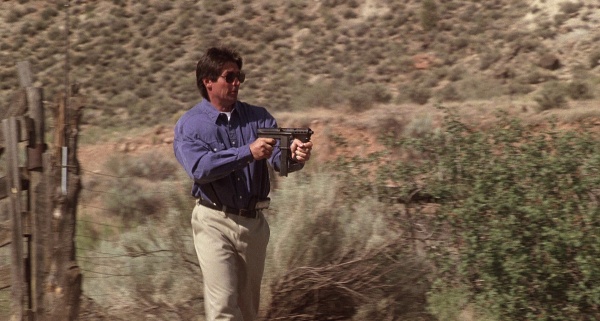 A gunman with the Interdynamic MP9 during the final shootout.
Retrieved from "https://www.imfdb.org/index.php?title=Truth_or_Consequences_N.M.&oldid=1515326"
Categories: