Truffaldino from Bergamo (Truffaldino iz Bergamo) is a Soviet 1977 (filmed 1976) made for TV two-part adventure comedy, directed by Vladimir Vorobyov and based on well known theater play "Servant of Two Masters" by Carlo Goldoni. In 18th century Italy, rascal Truffaldino is hired as a servant by two masters and manages to serve every of them, cleverly solving all the problems.

The following weapons were used in the film Truffaldino from Bergamo (Truffaldino iz Bergamo):

Percussion Cap Pistols are seen in hands of Florindo Aretusi (Viktor Kostetskiy), Captain of Turin guards (Evgeniy Tilicheev) and one of the robbers (Boris Smolkin). These guns look more like mockups, but fitted with genuine percussion cap locks. It's worth noting that any percussion cap guns are out of time for mid 18th century. 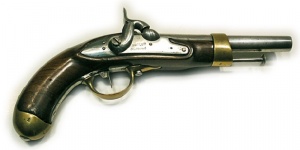 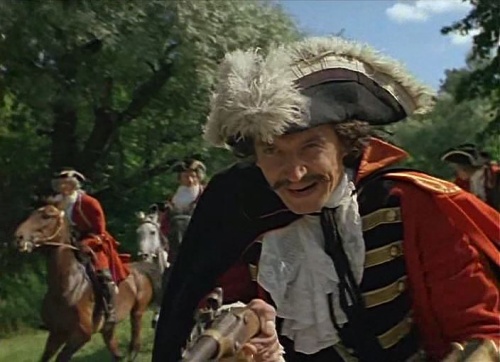 Percussion cap lock is seen on Captain's pistol during the chase after Florindo Aretusi. 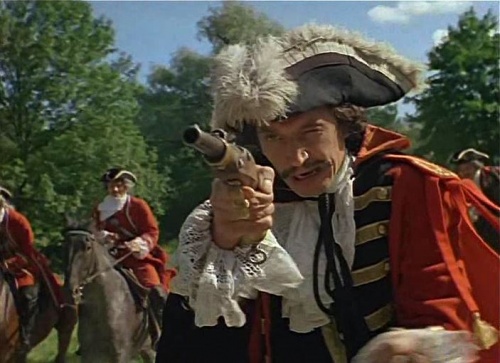 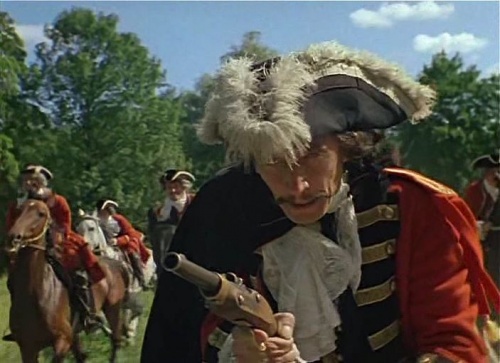 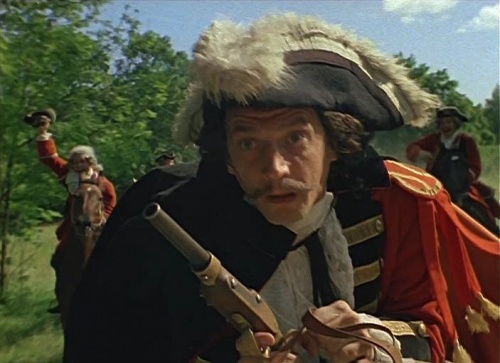 Wooden parts of the pistol seems too simplified for original weapon. 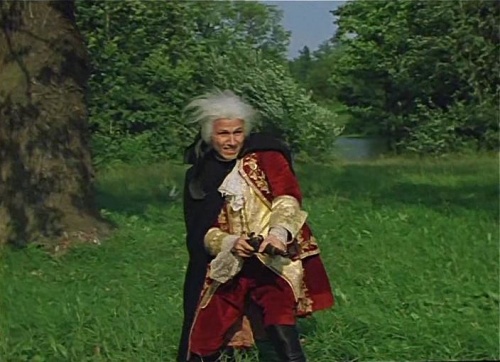 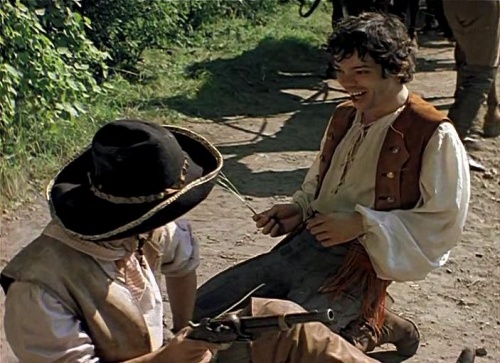 A robber holds a pistol. 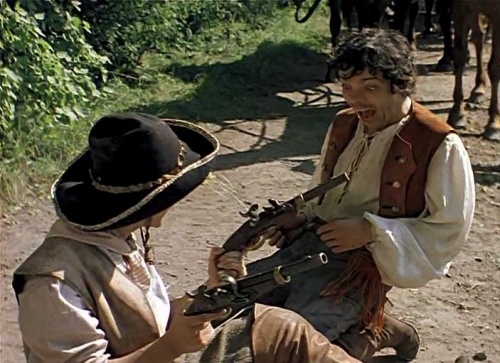 He draws a second gun. 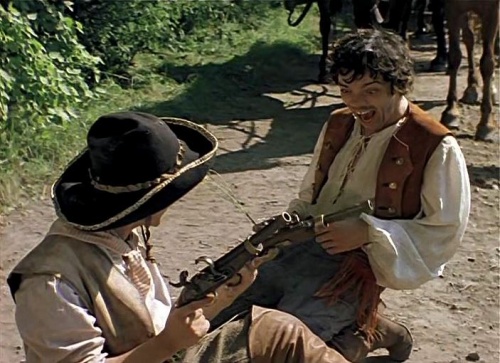 A good view of percussion cap lock with folding safety arc. Such feature is common for French Chatellerault pistols, converted in 1830s-1840s from Napoleonic era flintlocks. 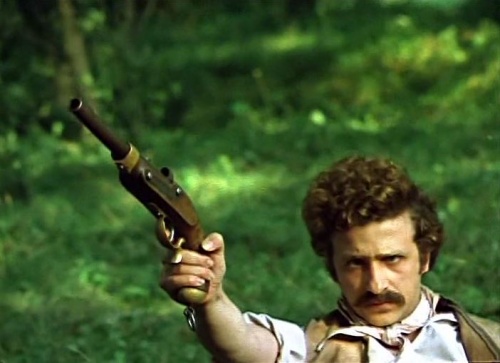 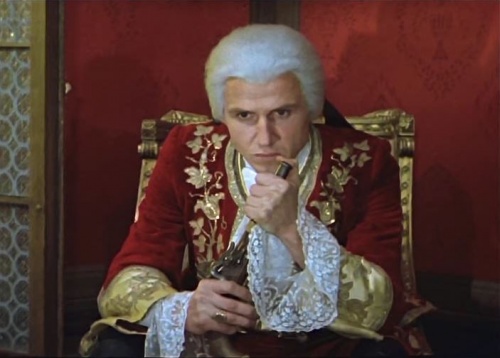 Florindo holds a pistol in another scene.

After the robber fires both pistols, one of his guns erroneously switches to a different model. 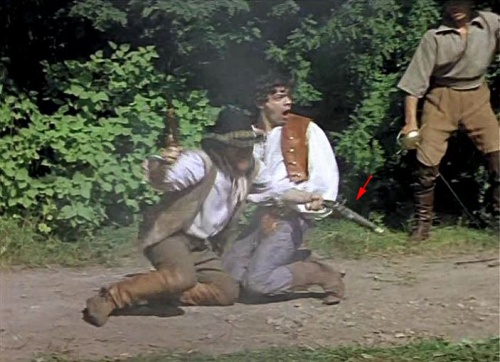 The pistol at the right is different from both guns, carried by the robber in previous moment.

A robber (Kirill Chernozyomov) is armed with a long percussion cap musket. It is possubly some military model with partially removed forend. 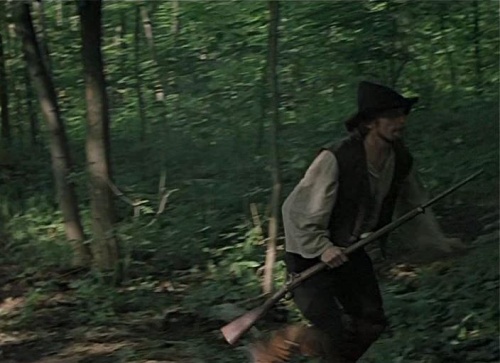 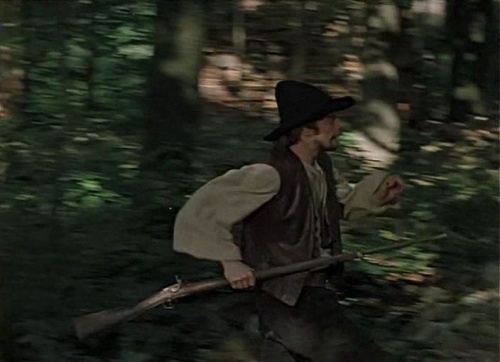 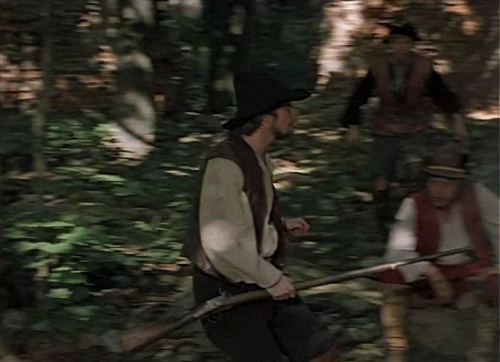 The robber with his musket in hand.

Another robber (Anatoliy Rudakov) is armed with a relatively small musket, also with percussion cap lock. This is probably a hunting model, and likely the same prop that was used in Snezhnaya koroleva and Tsarevich Prosha, also a Lenfilm production. 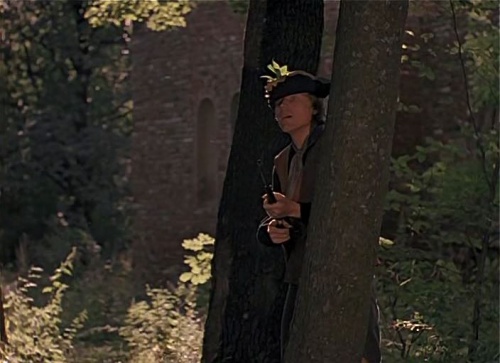 The robber in ambush. 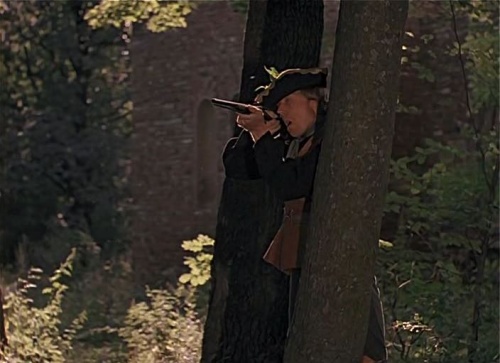 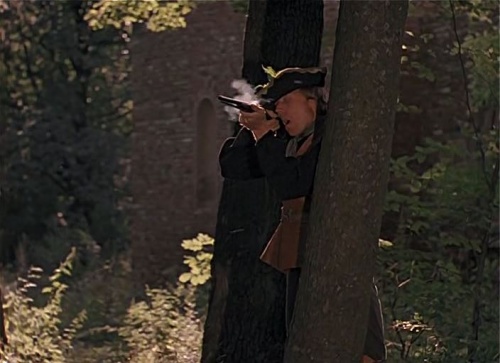 Some smoke is seen from the lock. 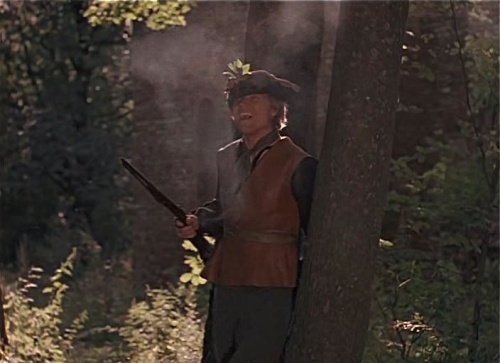 A general view of the gun.
Retrieved from "https://www.imfdb.org/index.php?title=Truffaldino_from_Bergamo_(Truffaldino_iz_Bergamo)&oldid=1439131"
Categories: