From Internet Movie Firearms Database - Guns in Movies, TV and Video Games
(Redirected from The Sweeney)
Jump to navigation Jump to search

The following weapons were used in the film The Sweeney:

The SIG-Sauer P228 is the sidearm of The Flying Squad (Sweeney). This pistol is used by DI Jack Regan (Ray Winstone), DC Nancy Lewis (Hayley Atwell) and Wextru (Ronnie Fox). 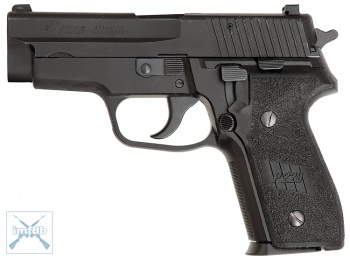 Jack searches the car park with his SIG-Sauer P228

The SIG-Sauer P226R is used by DI Jack Regan and DC George Carter (Ben Drew), who used his with a suppressor. 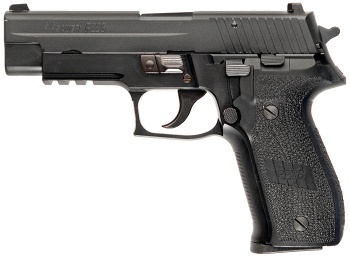 DI Regan puts a SIG-Sauer P226R on a tray when passing through security. 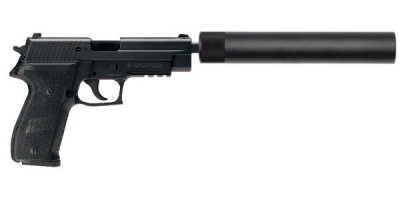 Brutal interrogation with the help of SIG-Sauer P226R

SIG-Sauer P226R lies on a floor

When DI Jack Regan is suspended from duty, he obtains an illegal Webley .38 Mk IV revolver with the help of Harry (Alan Ford).

The Beretta 92F/FS is used by the villain, Makin Trebolt (Kevin Michaels)

Trebolt fires his Beretta 92FS at the Flying Squad officers.

Trebolt fires the Beretta at Nancy

A sawn-off, double barreled shotgun used by one of the robbers in the film's opening scene.

For safety reasons a prop shotgun was used for stunt work.

DC Simmonds aims the Benelli M3T at a robber.

A Heckler & Koch G36C used by Makin Trebolt during a shootout in Trafalgar Square. It is also used during another shootout on a pier.

An M4A1 Carbine fitted with a tactical flashlight forward hand grip and an Aimpoint Mark III sight (which is incorrectly mounted backwards on the rifle) is used by a robber during a shootout in Trafalgar Square.

A Bruni Olympic 6 starter revolver is used by a judge to start a race. 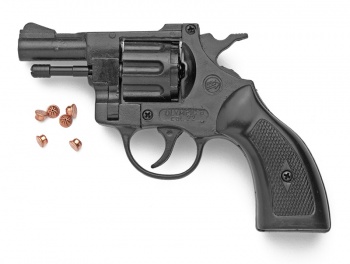 Judge fires a starter revolver to start a running race 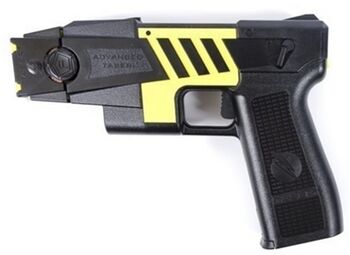