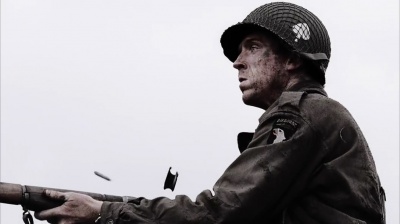 Damian Lewis as Richard "Dick" Winters fires an M1 Garand from the hip in Band of Brothers. 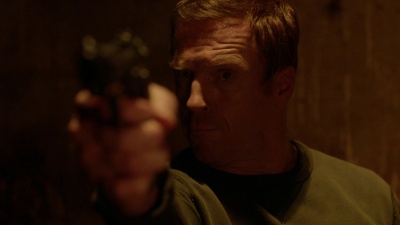 Damien Lewis is a British actor well known for his roles as Richard Winters in the HBO miniseries Band of Brothers, Detective Charlie Crews in the NBC series Life, and as Nicholas Brody in the Showtime series Homeland. In addition, he has appeared in such films as Dreamcatcher, Alex Rider: Operation Stormbreaker as well as the Showtime series Billions. He also was the husband of actress Helen McCrory.