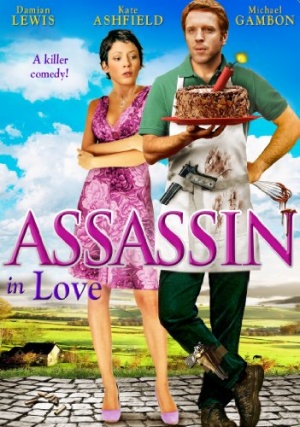 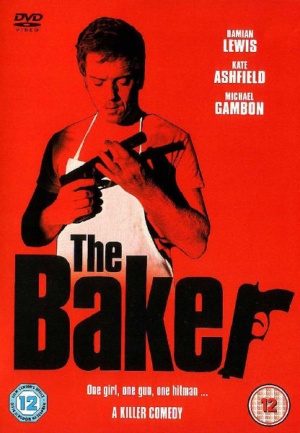 Assassin in Love (original title, The Baker) is a 2007 comedy written and directed by Gareth Lewis, who is the younger brother of actor Damian Lewis, who plays the title character. The film costars Nikolaj Coster-Waldau, Kate Ashfield, and Michael Gambon.

The following weapons were used in the film Assassin in Love:

Milo "The Baker" Shakespeare's (Damian Lewis) weapon of choice is a suppressed Glock 17. Eggs (Dyfan Dwyfor) gets ahold of it when he obtains Milo's case of guns. Unfortunately, the film perpetuates the myth that the "plastic" Glock is invisible to metal detectors, which might have been understandable for movies like Die Hard 2 when polymer-framed handguns were revolutionary, but was completely inexcusable for a film released in 2007.

The Glock 17 in Milo's case with his Glock 26 and disassembled AR-7. A scope for the AR-7, suppressors and magazines are also in the case.

Milo points his suppressed Glock at his first target.

Eggs with the Glock 17. According to his magazine, "the Glock 17 is made almost entirely of plastic, making it undetectable by metal detectors. For this reason alone, it is the handgun of choice of professional assassin.", this wholly innacurate information is lifted almost word for word from Die Hard 2. (It also happens to be the handgun of choice for tens of thousands of American police officers, but who's counting?)

The villagers gawk at the Glock 17.

Eggs with the suppressed Glock 17 at his first hit.

Milo's backup weapon is a Glock 26. Rival assassin Bjorn (Nikolaj Coster-Waldau) uses one at the end of the film.

The Glock 26 in Milo's case with his Glock 17 and disassembled AR-7. A scope for the AR-7, suppressors and magazines are also in the case.

Milo wakes up with the Glock 26.

The shorter grip is seen in this shot.

Bjorn with the Glock 26.

Bjorn's weapon at the beginning of the film is a suppressed Beretta 92FS.

Bjorn with his suppressed Beretta.

Leo (Michael Gambon) uses an unidentifiable pistol for a hit. It's only seen once and impossible to identify.

Bjorn uses a suppressed M4A1 for a hit.

A good shot of the M4A1's forward assist and brass deflector.

Bjorn aims through an ACOG.

Milo returns fire against an assassin with a suppressed Armalite AR-7.

The disassembled AR-7 in Milo's case with his Glocks. A scope for the AR-7, suppressors and magazines are also in the case.

Milo assembles his AR-7 while on the phone.