From Internet Movie Firearms Database - Guns in Movies, TV and Video Games
(Redirected from The Fighting 69th)
Jump to navigation Jump to search

The Fighting 69th was filmed in 1940 with James Cagney playing a misfit named Jerry Plunkett and his inability to fit into the unit due to a mixture of bravado and cowardice. Pat O'Brien stars as the real-life character Father Francis P. Duffy, a military chaplain who attempts to bring out the good side of Plunkett. Pat O'Brien speaks to "Wild Bill" Donovan, played by George Brent to give him a chance and keep him in the unit. But over time due to his cowardice, it cost the lives of several soldiers including the brothers of Sergeant 'Big Mike' Wynn. When Cagney deserts his patrol that costs the life of Sergeant Joyce Kilmer then the regimental commander "Wild Bill" Donovan orders Plunkett's court-martial. Just before Plunkett's execution for desertion, he escapes to the front lines after finding God and saves the life of Sergeant 'Big Mike' Wynn by sacrificing his own jump on top of a grenade.

The following weapons were used in the film The Fighting 69th: 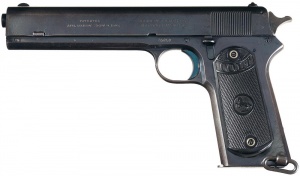 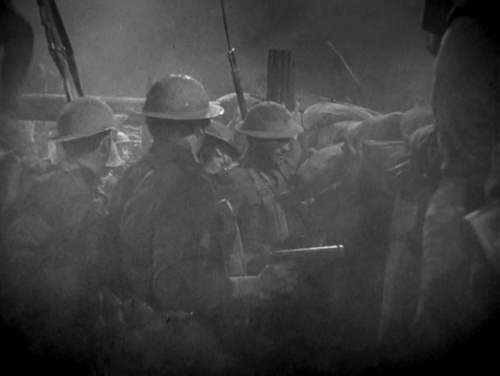 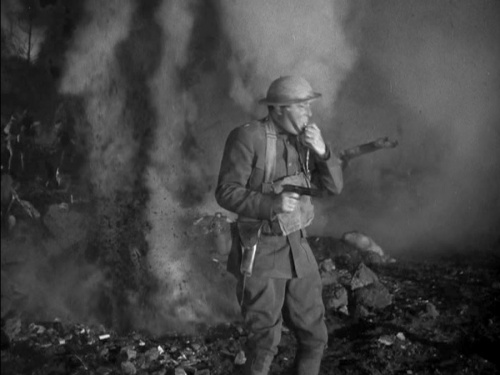 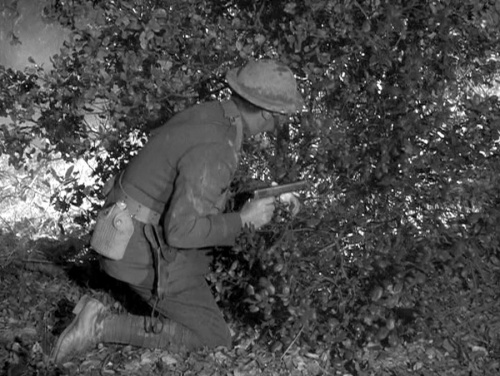 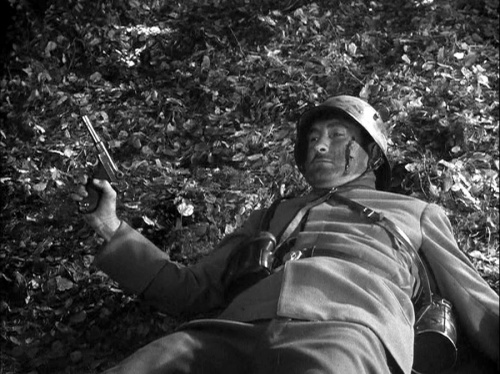 German soldier with a Luger P08 Pistol in his hand. 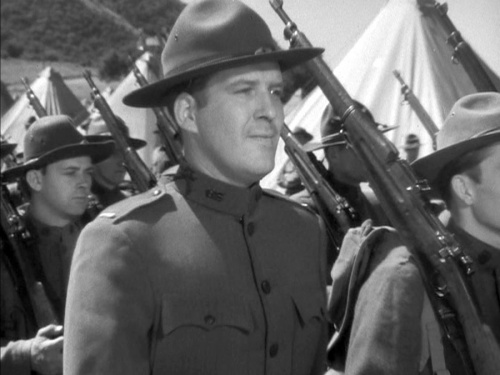 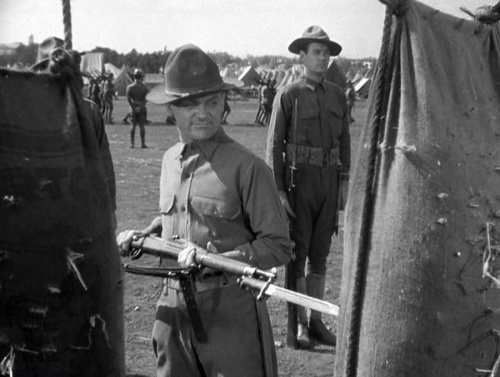 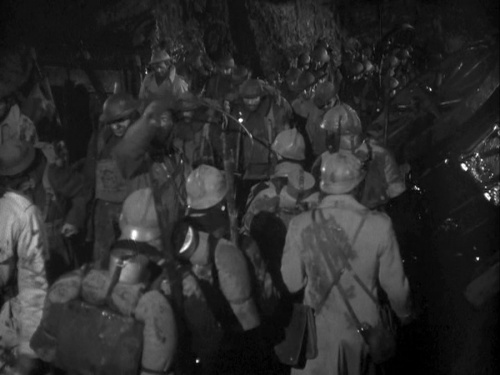 French troops marching back to the rear with Lebel Model 1886 Rifles. 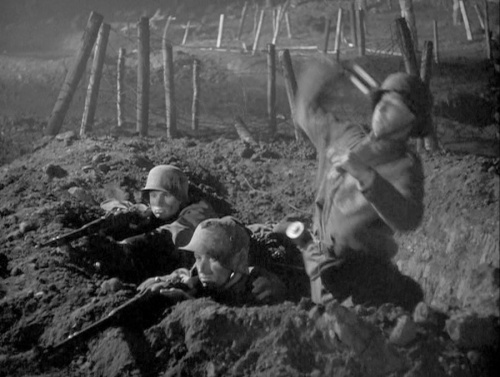 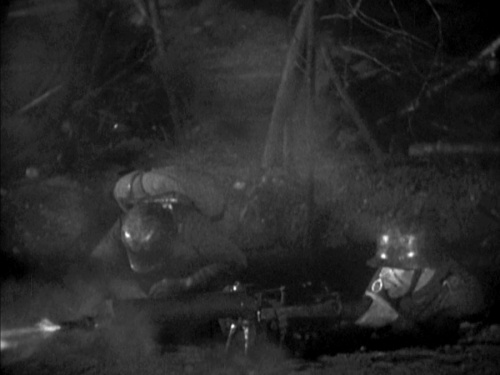 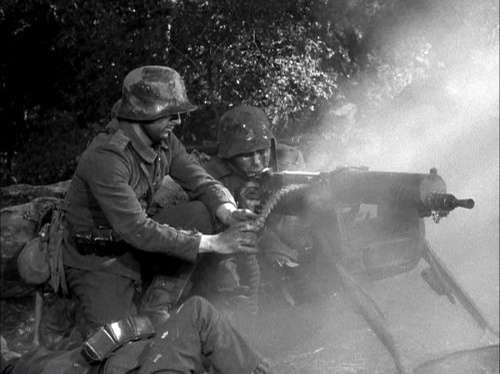 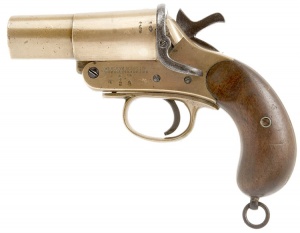 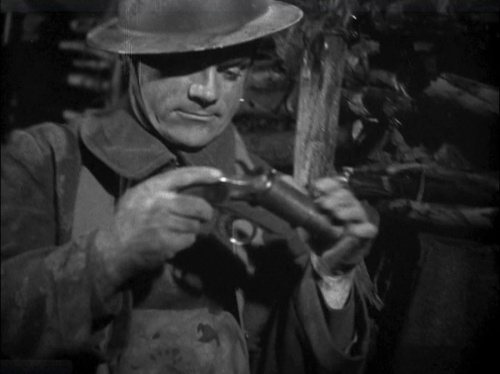 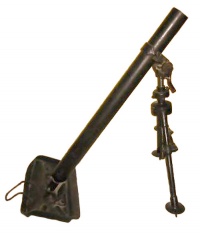 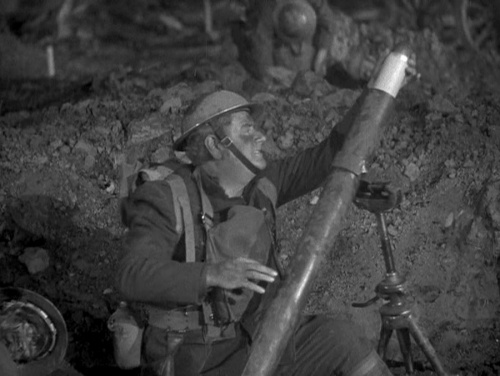 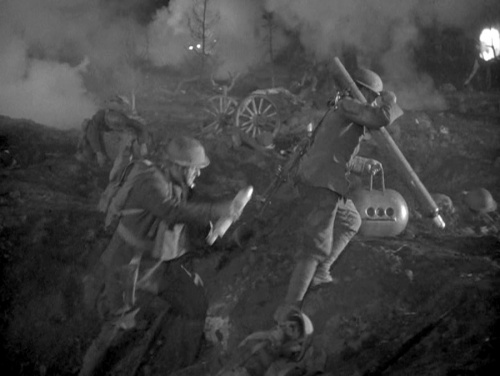 A German soldier throws a stick grenade and has another one on his belt. They are mock-ups rather than actual German Stielhandgranten.
Retrieved from "https://www.imfdb.org/index.php?title=Fighting_69th,_The&oldid=1415245"
Categories: