From Internet Movie Firearms Database - Guns in Movies, TV and Video Games
(Redirected from The Charge of the Light Brigade (1936))
Jump to navigation Jump to search

The Charge of the Light Brigade is a 1936 American historical adventure film directed by Michael Curtiz (The Kennel Murder Case). The screenplay is based very freely on the historical The Charge of the Light Brigade and the poem by Alfred Lord Tennyson. Calcutta 1854. The English major Geoffrey Vickers returns from a mission and learns that his fiancée Elsa turned to his brother Perry. Too late, Geoffrey also sees through a ruse by breakaway tribal leader Surat Khan that leads to a massacre in the garrison town of Chukoti. Geoffrey's brigade follows the refugee Khan to the front of the Crimean War. He arbitrarily orders the attack on Khan and drives his troops into a hopeless battle.

A later film was made in 1968 under the same name and stars Trevor Howard, John Gielgud, Harry Andrews and Vanessa Redgrave.

The following weapons were used in the film The Charge of the Light Brigade:

Some British officers are seen armed with Percussion Cap Pistols. 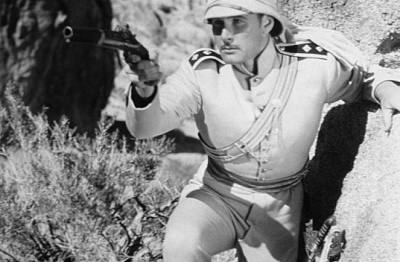 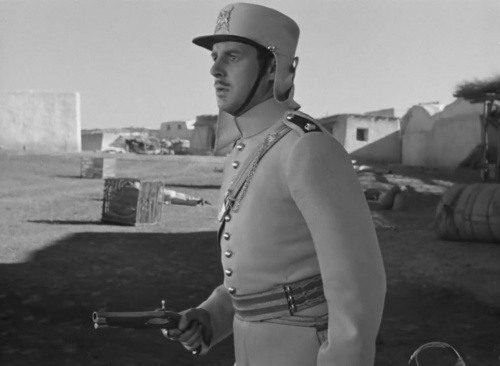 During the Battle of Balaclava, Surat Khan (C. Henry Gordon) takes a Remington Rolling Block single-shot pistol from a dead Russian officer to defend himself. 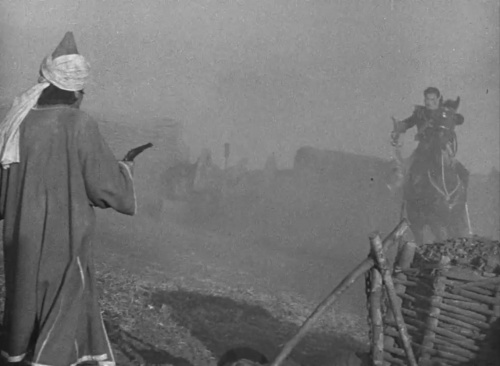 Khan encounters Geoffrey Vickers during the battle with the Remington pistol. 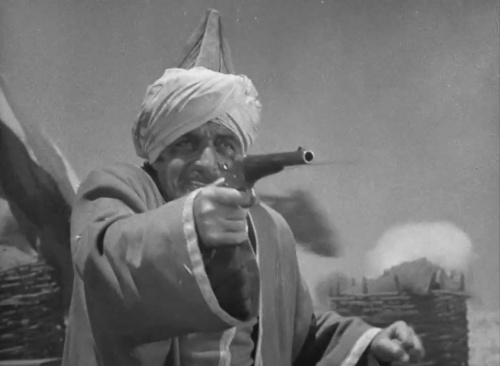 He takes a shot. 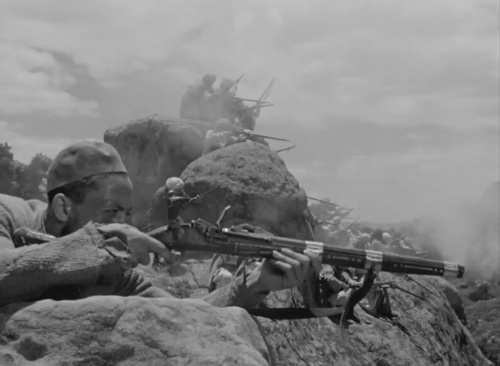 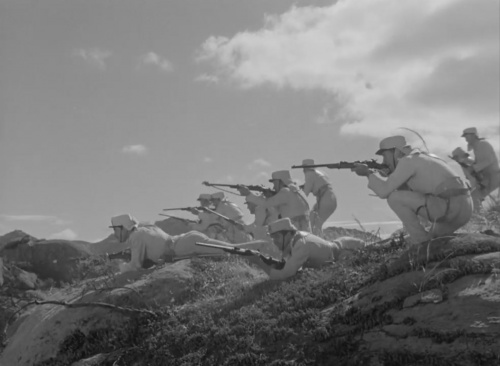 British soldiers try to defend themselves during the ambush. 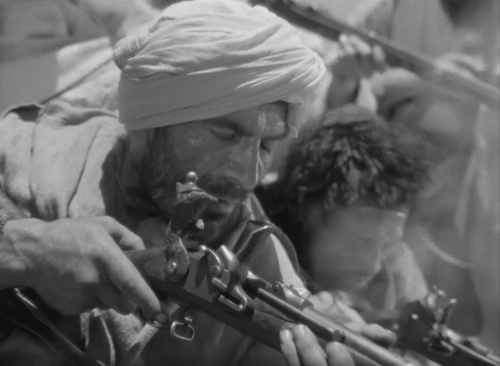 Close up of the "Flintlock". 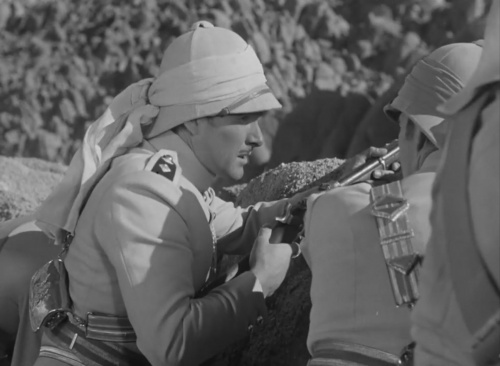 Maj. Vickers with a carbine. 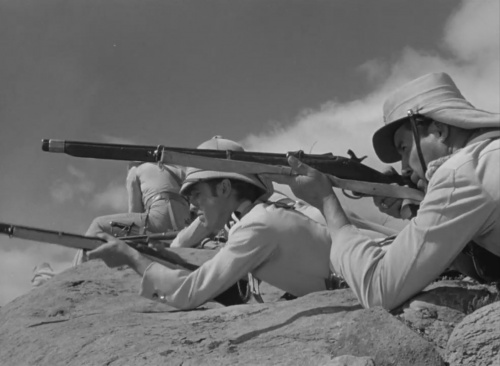 Left view of the British carbine. 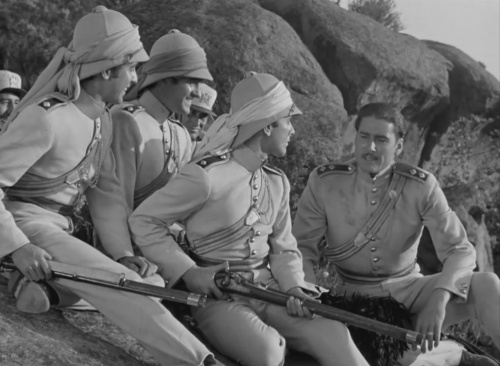 Vickers and some of his men after the ambush. 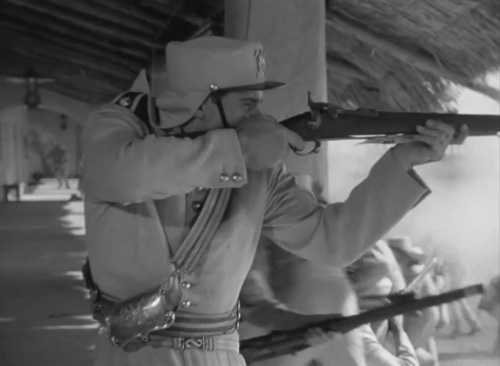 During the siege of Chukoti, Vickers fires a Springfield.

Some full-length Springfield Trapdoor Springfield Rifles are seen mocked up to resemble Brown Bess Flintlock Muskets, Enfield Pattern 1853s and Jezail Muskets. In the end, Russian soldiers are also seen with the rifles mocked up as Infantry Musket M1845s. Like the carbines, some unmodified variant can be seen. 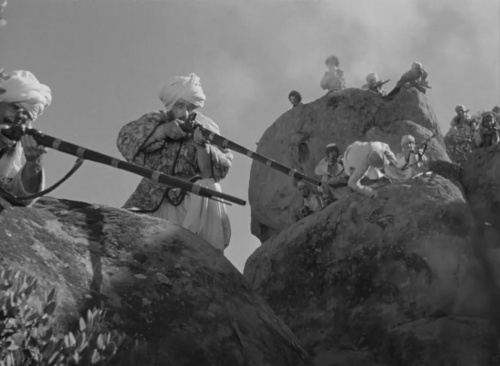 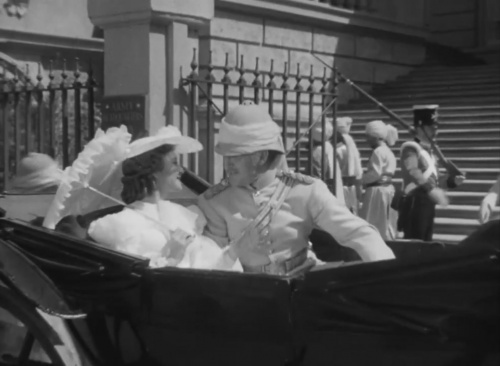 British soldier in the background shoulders a "musket" in Calcutta. 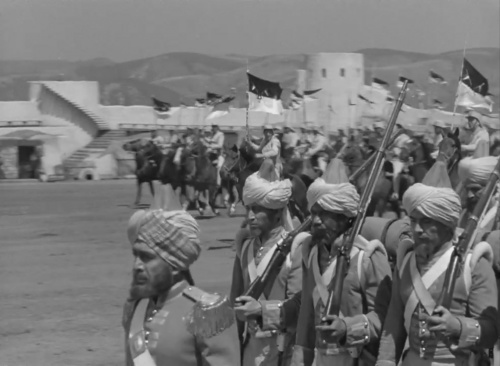 British-Indian auxiliary troops with their rifles. 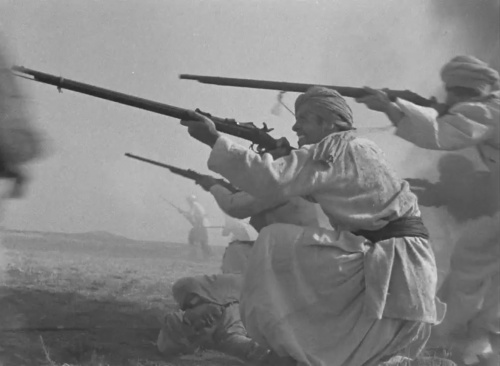 Unmodified Springfields in the hands of Surat Khan's men. 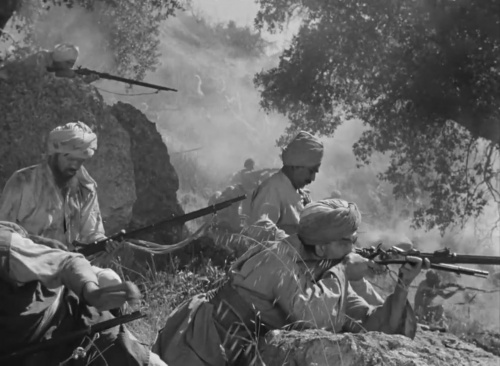 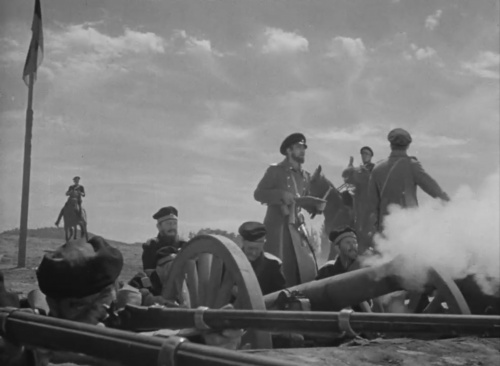 Percussion Shotguns are used by various characters. Maj. Geoffrey Vickers is seen with one of them during a hunt. 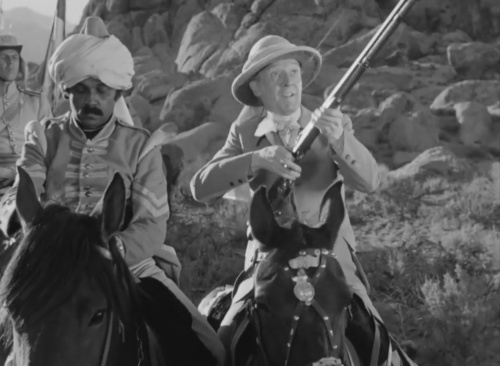 British civilian with a shotgun. 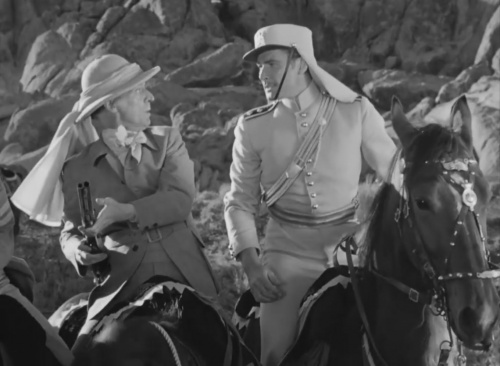 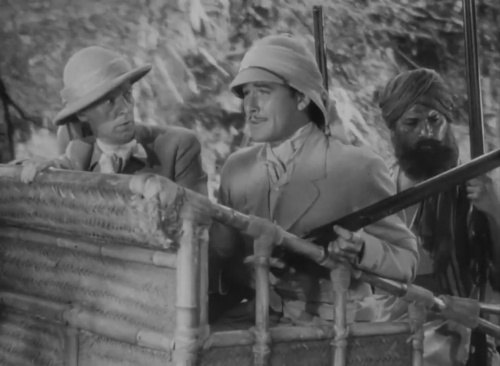 Maj. Vickers with a shotgun during hunting.

Various cannons are used by the British and Russian Army. 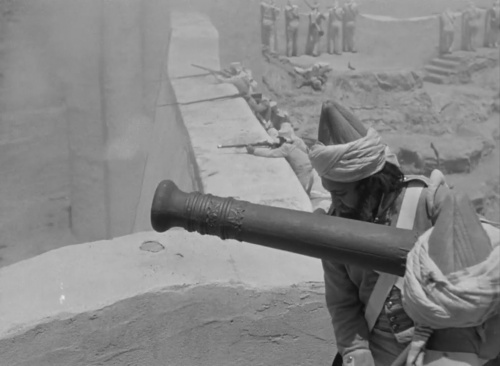 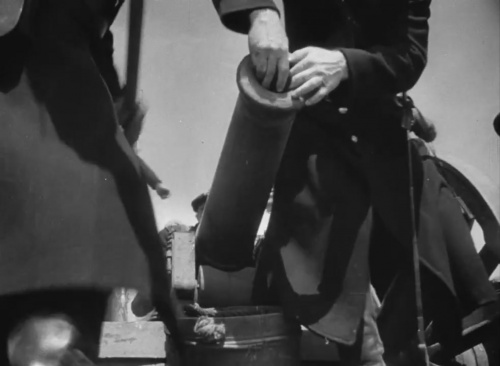 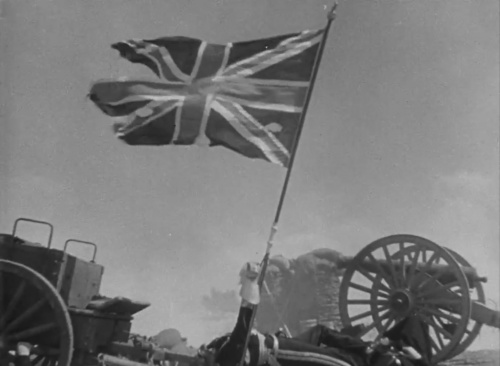 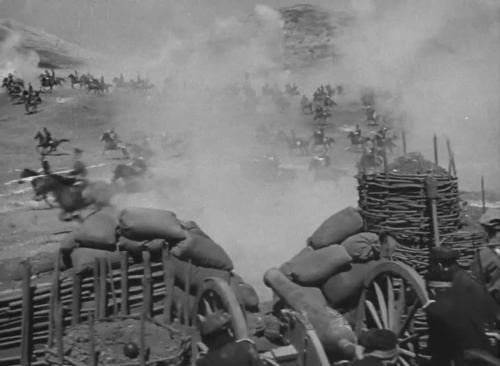