From Internet Movie Firearms Database - Guns in Movies, TV and Video Games
(Redirected from The 39 Steps (1959))
Jump to navigation Jump to search 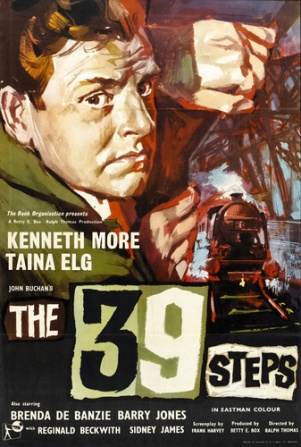 The 39 Steps is a 1959 British film starring Kenneth More and Taina Elg, directed by Ralph Thomas. It is the second of four films based on the novel The Thirty-Nine Steps by Scottish author John Buchan, although this version is more of a remake of Alfred Hitchcock's 1935 version. 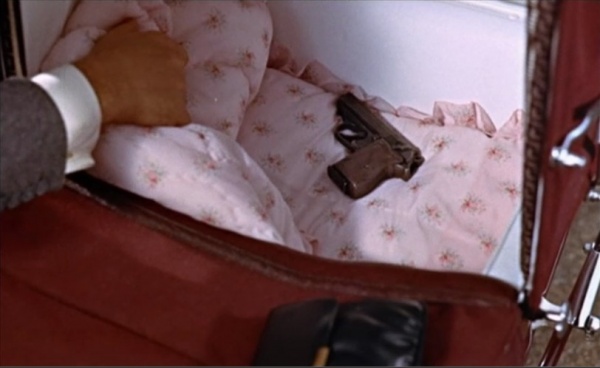 Hannay finds a PPK in lieu of a baby in Nannie's pram. 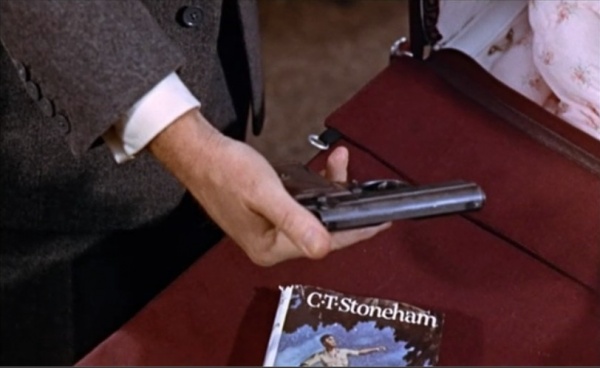 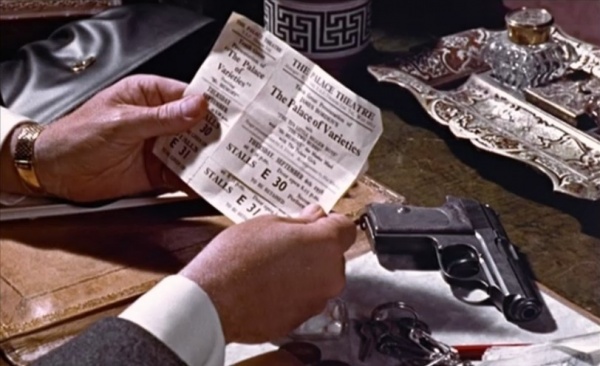 A good shot of the PPK as Hannay goes through Nannie's things. 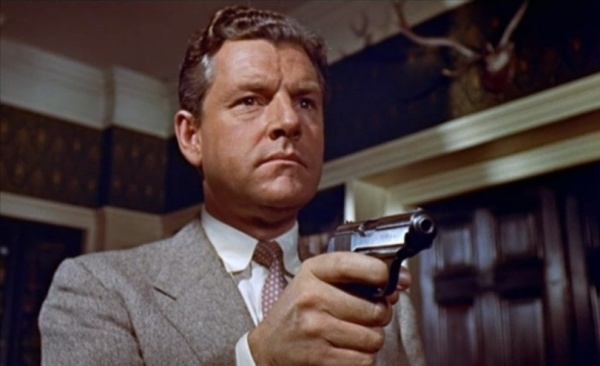 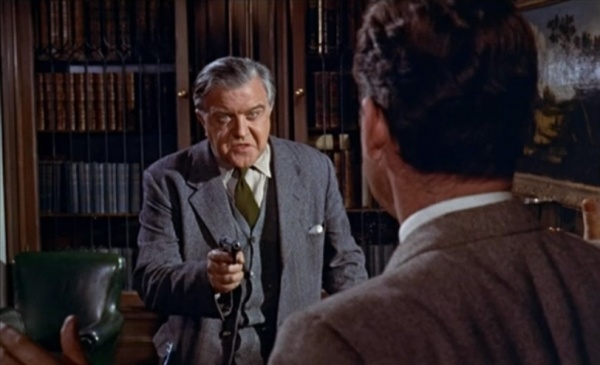 The sheriff tricks Hannay into giving up his PPK. 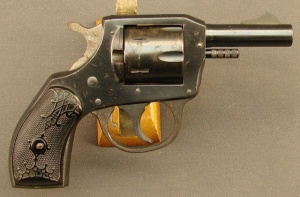 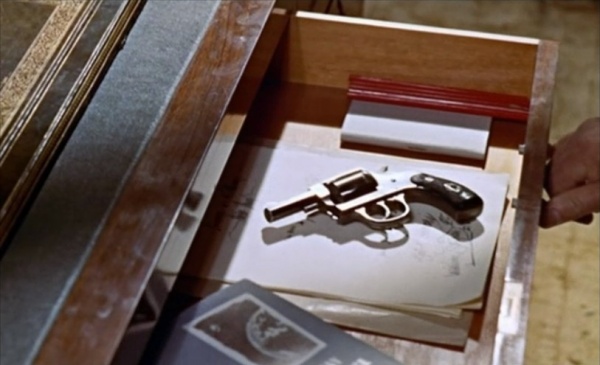 The H&R revolver in Logan's desk.

Professor Logan fires what appears to be a Smith & Wesson Model 36 at the end of the film. 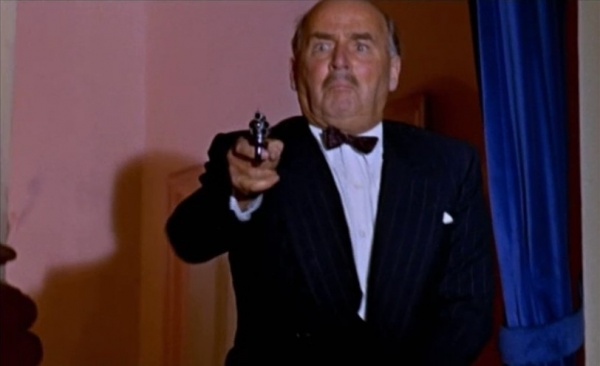 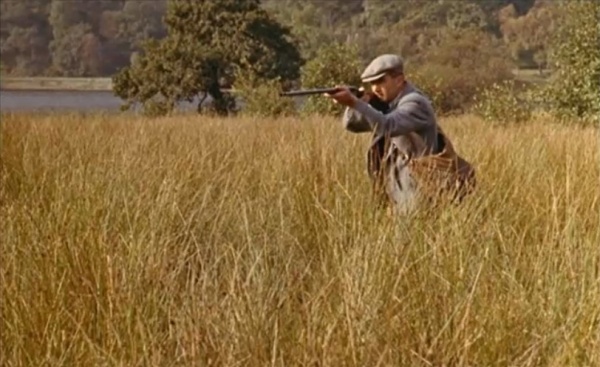 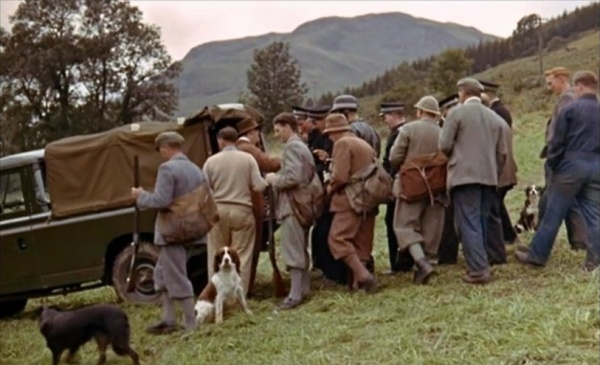