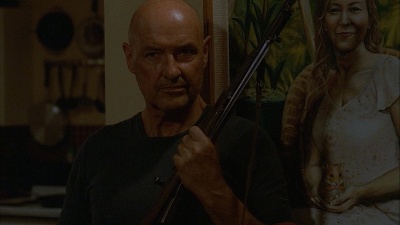 Terry O'Quinn holds an SKS as John Locke in Lost. 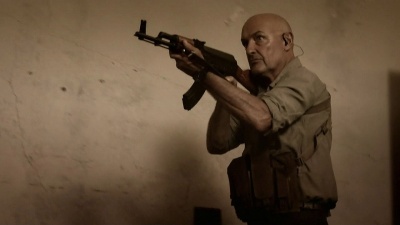 Terry O'Quinn is an American actor best known for his portrayal of John Locke in Lost. Prior to this, he appeared in Season 2 and Season 9 of the original X-Files TV series, and the series' first feature film (all in unrelated roles), as well as the TV shows Millennium and Harsh Realm - These appearances are notable in that they earned him the informal nickname 'Mr. Ten Thirteen', due to the fact these titles were all produced by Chris Carter's company, Ten Thirteen Productions.