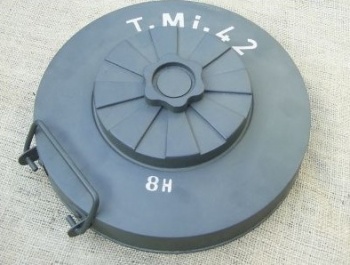 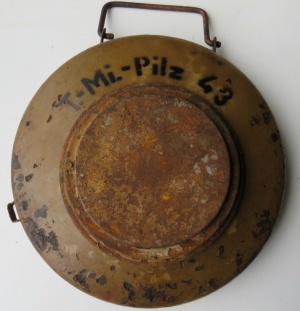 The Tellermine 42 is a German World War II anti-tank mine. It was basically an improved Tellermine 35 (Stahl). The most visible difference between the two models is the smaller diameter of the top cover which was made to ensure the detonation below Soviet T-34 and KV-1 tanks. A further improvement was the Tellermine (Pilz) 43 which was introduced in March 1943.

The Tellermine 42 and variants can be seen in the following films, television series, video games, and anime used by the following actors: