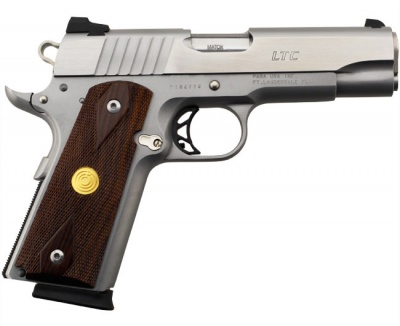 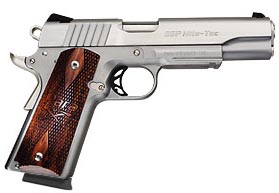 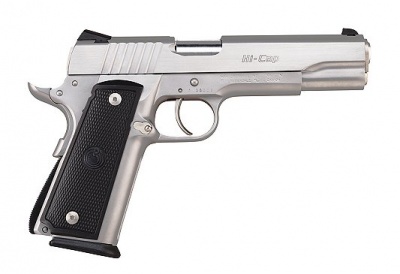 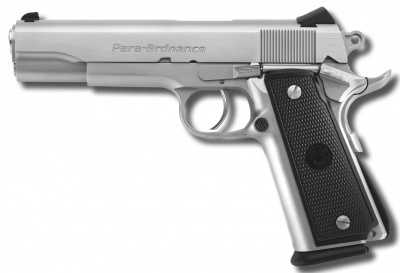 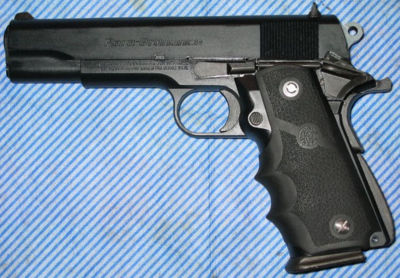 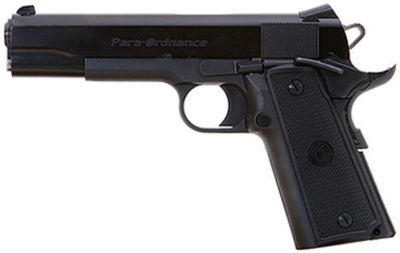 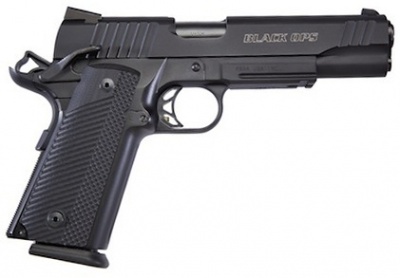 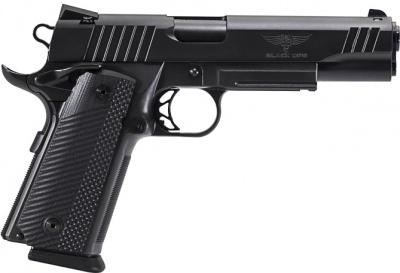 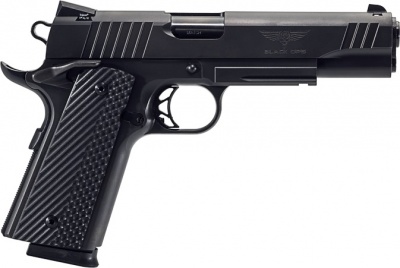 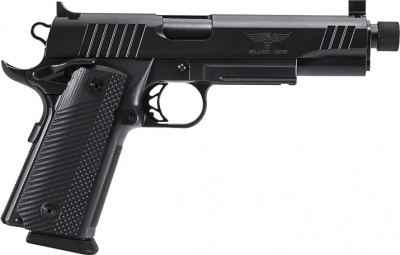 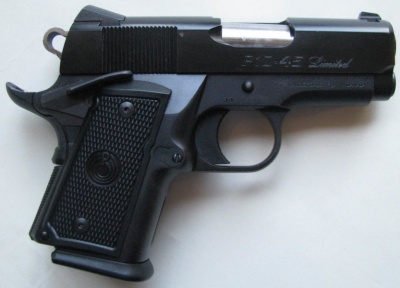 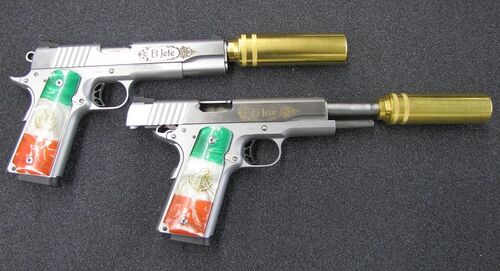 A pair of Para-Ordnance SSPs (.45 ACP) as used in The Boondock Saints II: All Saints Day. The weapons pictured here were the actual screen-used guns handled and fired by Clifton Collins, Jr. in the film; note the custom grips, golden suppressors, and "El Jefe" engraved into the slides. (Big thanks to Al Vrkljan at Movie Armaments Group for this IMFDB Exclusive image!) 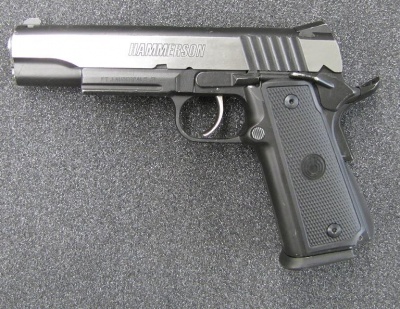 A Para-Ordnance Nite-Tac (.45 ACP) used in Shoot 'Em Up. The weapon pictured here is one of the actual screen-used guns from the film; note the engraved Hammerson logo. (Big thanks to Al Vrkljan at Movie Armaments Group for this IMFDB Exclusive image!)

Screen-used Para-Ordnance Nite-Tacs from Kick-Ass 2. These were provided by Tarver Productions Ltd.

What exactly does that mean? - User: 2wingo

It means that the magazine staggers the rounds contained within, increasing the capacity while keeping the same relative size. Jeddostotle7 (talk) 21:43, 18 December 2012 (EST)

Are double-stacked magazines more prone to jamming than single-stack, or are they about the same? - User: 2wingo

Nope. Most high-capacity 9mm handguns use double-stack magazines (The Beretta 92 series, all 9mm Glocks and SIG P22etc's). Some .45 pistols, like the H&K MK23 and the Straier Voight Infinity, also do. I'd assume with .45, because it's such a fat round, it's preferable to have single-stack magazines as it makes the profile of the pistol slimmer and easier to hold for all the non gigantically-handed among us. Phalanx (talk) 12:30, 22 December 2012 (EST)

Technically, a double stack magazine is more likely to cause a jam, as when the round is stripped from the top as the mouth is wider it can be more prone to turning side ways and failing to feed. This is pretty negligible though, and the higher capacity far outweighs the slightly higher chance it will missfeed in my opinion. I have heard thogh that some Para Ornance magazine in particular can be very prone to jamming. I think it was to do with before the AWB came in they rushed out a load of 10+ capacity magazines and they ended up using a spring that was too weak causing misfeeds (apparently they would be very prone to misfeeding the last couple of rounds as the spring pressure was too weak, could be fixed by using a different spring though). Not sure if this is true, is just what I have heard. --commando552 (talk) 13:37, 23 December 2012 (EST)

My own Para Ordnance P14 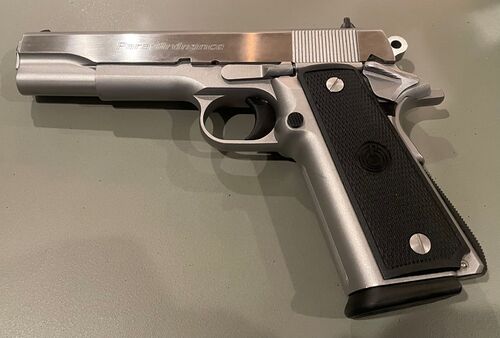 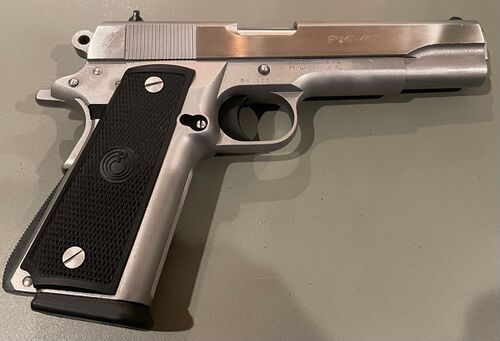