The unknown revolver is a mid-sized snub with adjustable sights.. I'd say a snub S&W Model 66 but the front sight (what I can see of it) look a bit off for a Smith-style ramped sight. The unknown M16 carbine with 203 is likely a Colt 727 given the A2-style pistol grip lower and sights. The HK sniper rifle I'd say is a SR9 mockup built off an HK91 as per the norm. BTW I think the remaining 'Un-ID'd pistol' is the same USP match that FCM mentioned.

Thanks a lot! I start making corrections and additions. I also finds one more screenshot with the revolver where the vent rib allows to identity it as Colt Python. Greg-Z (talk) 12:13, 15 March 2017 (EDT)

KP95, at least the sample we have, has some kind of groove under the barrel while the screen gun lacks this. Also KP95 has rounded trigger guard while the screen gun has angular one. So I think that KP94 matches better, but possibly some different version of KP95 exists. I'll try to find more images of KP95. Greg-Z (talk) 12:13, 15 March 2017 (EDT) 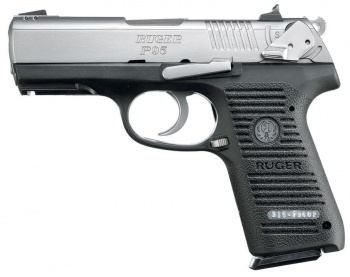 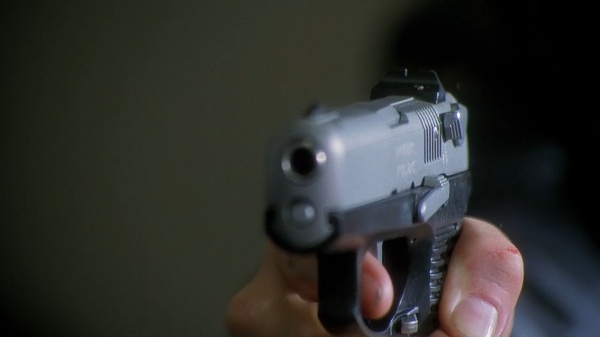