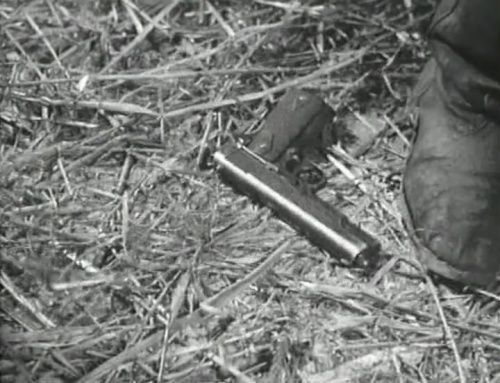 Union France has an M1911A1-style grip with an arched mainspring housing and an ajustable rear sight while the screen pistol has a flat grip and fixed sights. Greg-Z (talk) 16:46, 16 January 2016 (EST)