I started taking some screenshots for this game on my toaster of a PC, but I need thoughts on the spoiler thing I drew up, since it's impossible to get a picture of Arkham Knight's sniper rifle without revealing his identity. 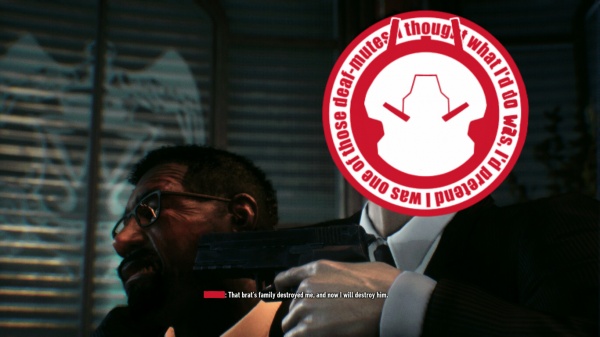 An assailant, with his face covered to prevent spoilers, threatens Lucius Fox in an attempt to make Batman bring Bruce Wayne to him.