I know, that pages about media, that contain only tanegashima matchlock are ineligible. But, this contain not only standart arquebuse, but also contain very rare, but realy historical exist Japanese matchlock revolver. So, I created the stub with screenshots on discussion page to view it for Administrators about it's eligibility. If the decision will be that it's ineligible, this stub may be easily deleted. Pyramid Silent (talk) 03:06, 17 January 2017 (EST)

The following weapons were used in the film Azumi: 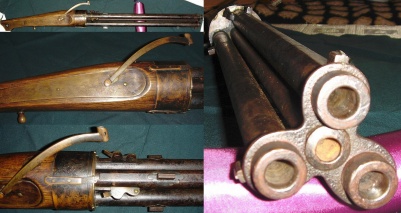 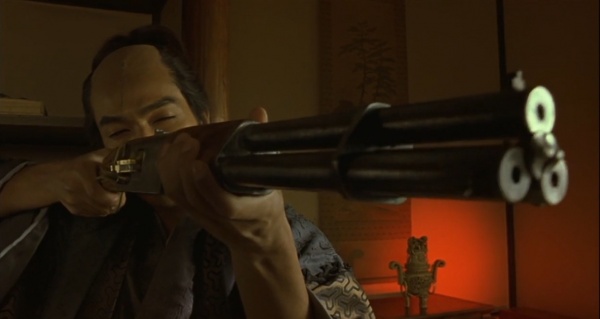 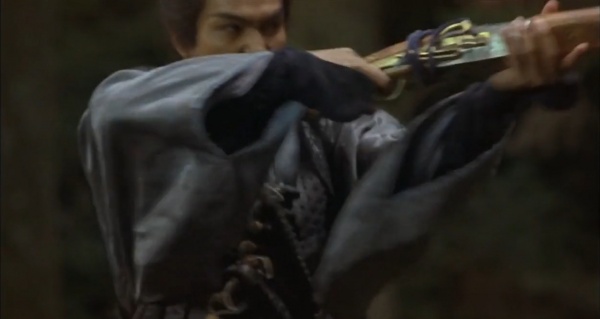 Hammer with a match is a good seen. 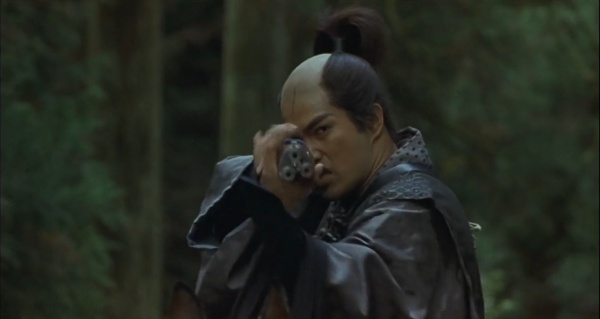 Barrels revolving can be seen... 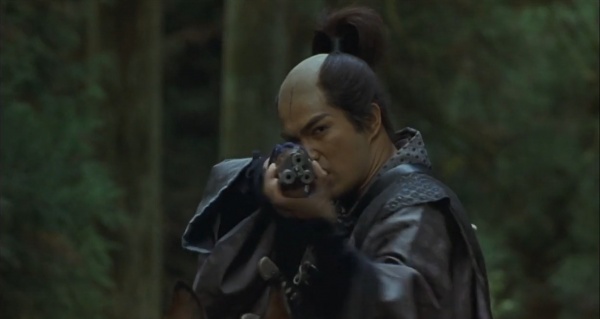 ...due the different barrels position. 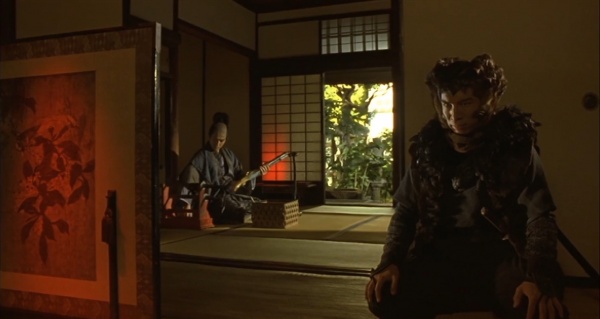 Samurai, who guarding the fort, uses the Tanegashima muskets. 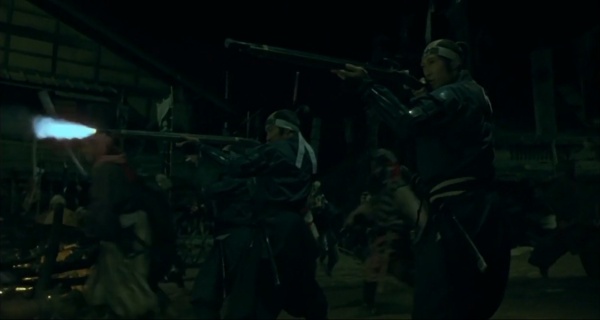 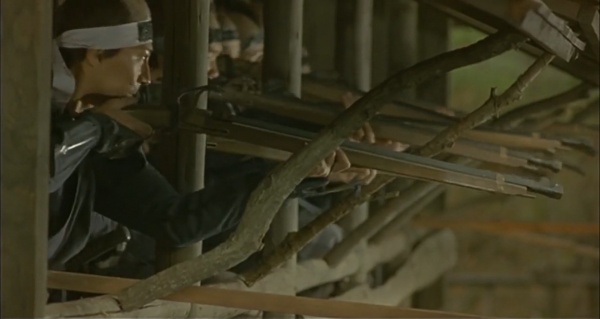 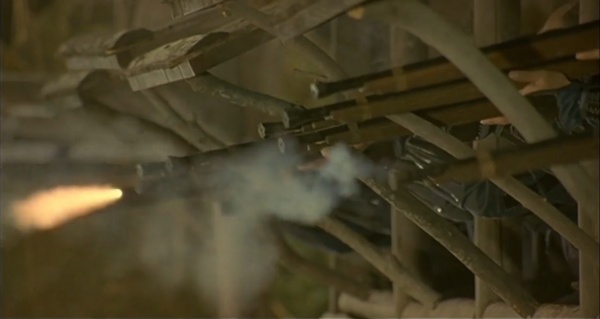 Nagato (Hideo Sakaki) gave the grenade to Nagara (Yûma Ishigaki), who later used it to blow up the enemy fort. 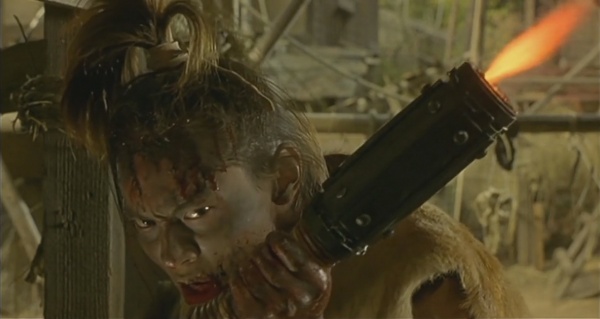 Several cannons can be seen in the fort. Azumi (Aya Ueto) uses one to destroy the fort's gate. 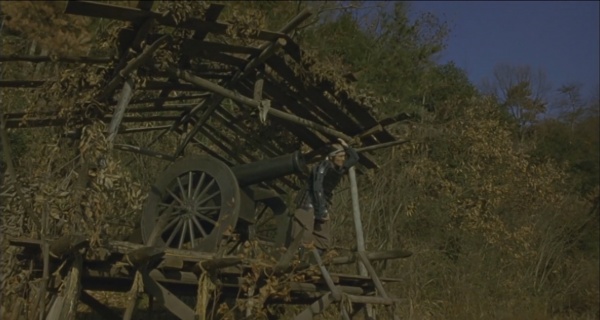 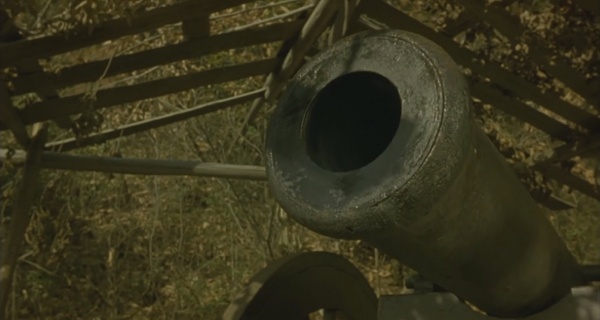 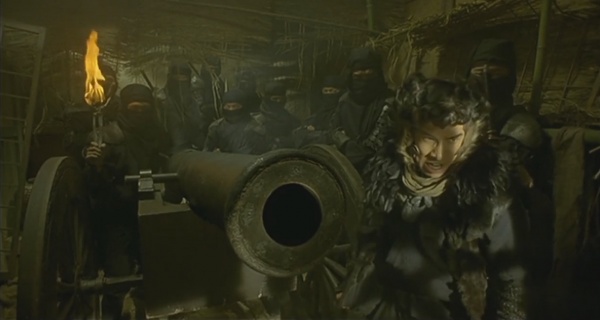