The following weapons were used in Season 3 of the television series Stranger Things:

Hawkins Police Chief Jim Hopper (David Harbour) once again returns to using the Smith & Wesson Model 66 revolver as his duty weapon in Season 3. Hopper loses the Model 66 in "Chapter 5: The Flayed" where Grigori acquires the revolver. 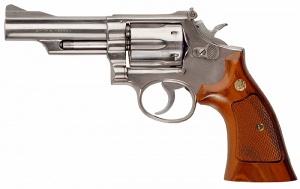 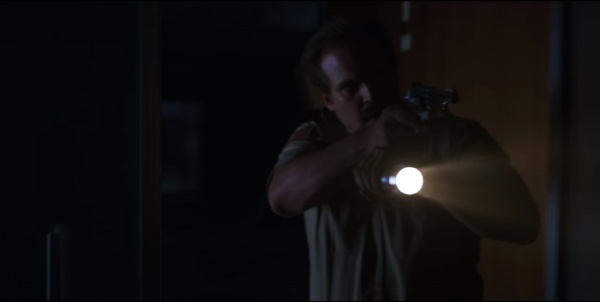 Chief Jim Hopper holds his Smith & Wesson Model 66 and a flashlight in a Harries flashlight technique as he checks out the abandoned Hawkins National Laboratory in "Chapter Three: The Case of the Missing Lifeguard".

Hopper holds his Model 66 and flashlight while checking out a possible Soviet base in "Chapter Four: The Sauna Test"

Hopper and Joyce confront Dr. Alexi and his colleague inside. 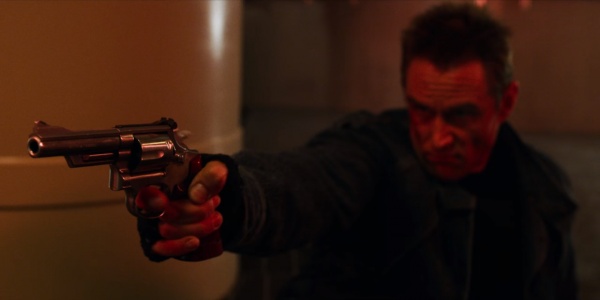 Grigori acquires the Model 66 in the ensuing fight and gives us a fantastic view of the weapon.

One of the Soviet security guards appears to use a Makarov PM when cornering the kids in the Starcourt food court. Possible Makarovs are also seen when Robin and Steve are captured in the previous episode

The agents corner the kids, the guard to the right armed with a Makarov in "Chapter Seven: The Bite". 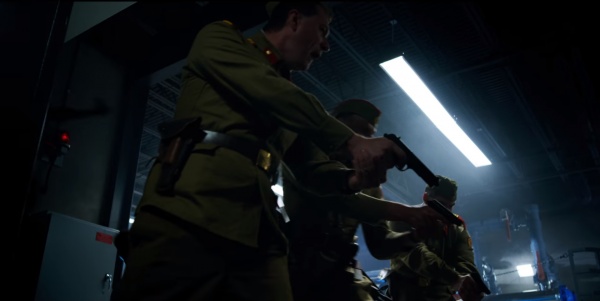 The soldiers at the back of the shot hold what may be Makarovs as they corner Robin and Steve in "Chapter Six: E Pluribus Unum".

Soviet soldiers holds TT-33s as they corner Robin and Steve in "Chapter Six: E Pluribus Unum". The soldiers to the back holds shorter pistols that may be Makarov PMs

Grigori (Andrey Ivchenko) carries a TT-33 as he stalks Dr. Aleski through the fairgrounds in "Chapter Seven: The Bite". 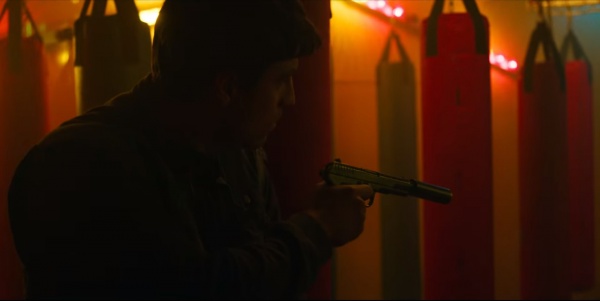 A Soviet agent holds a suppressed TT-33 as he enters the funhouse in "Chapter Seven: The Bite".

Grigori fires as he falls for the old "hall of mirrors" trick.

Nancy (Natalia Dyer) checks the magazine of a TT-33 taken from a dead agent in "Chapter Eight: The Battle of Starcourt" (S3E08) 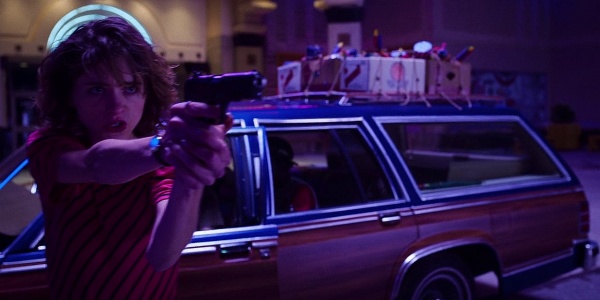 Nancy opens fire with a TT-33 as Billy charges the group. 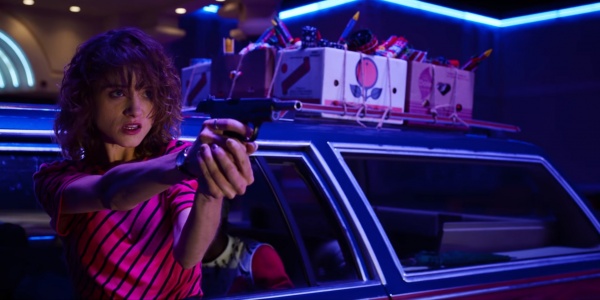 The slide locks back as Nancy fires her last round.

Nancy Wheeler (Natalia Dyer) finds a Remington 870 in Chief Hopper's shed and uses it against the Mind Flayer during the assault on Hopper's cabin in "Chapter Seven: The Bite". 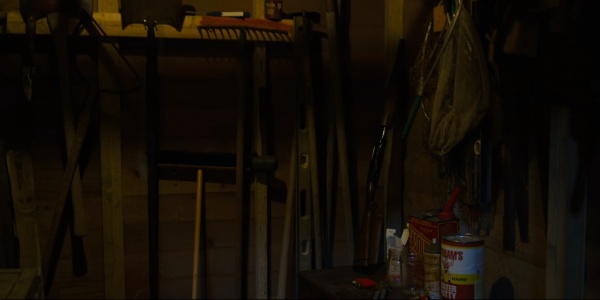 Nancy finds the shotgun in the shed. 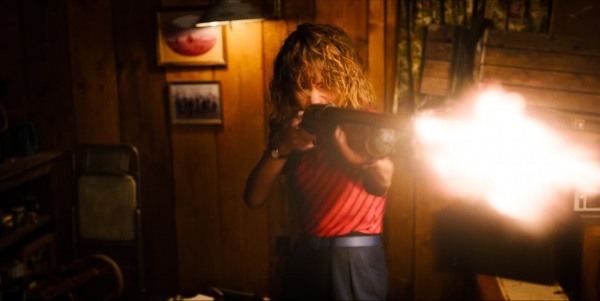 She opens fire as the Mind Flayer attacks the cabin 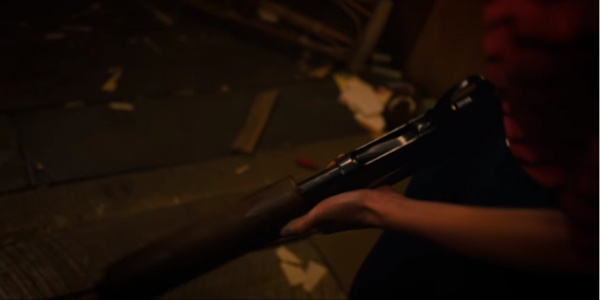 Nancy reloads, giving a nice view of the bottom of the receiver.

Nancy engages the Mind Flayer a second time as it targets Eleven.

"Why you shouldn't bring a Russian to a conspiracy theorist's house in 1985", Exhibit A. 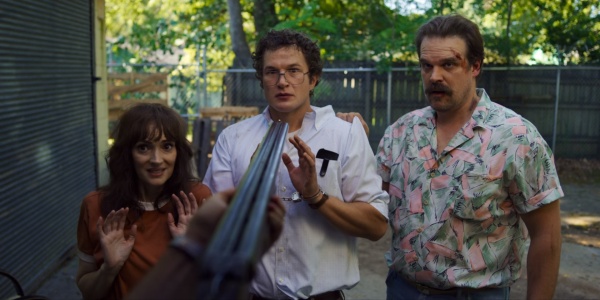 A view from a slightly friendlier side of the shotgun. 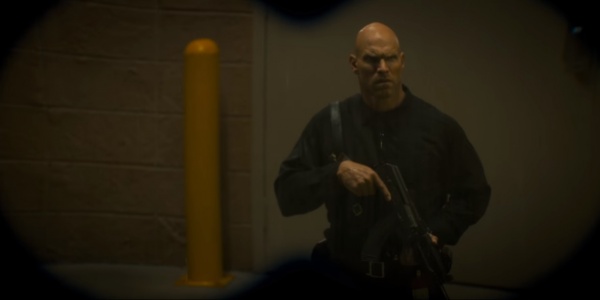 A Soviet guard secures a shipment with his Zastava as Steve and Dustin watch in "Chapter Three: The Case of the Missing Lifeguard"

Another guard holds his Zastava as he checks out a noise. 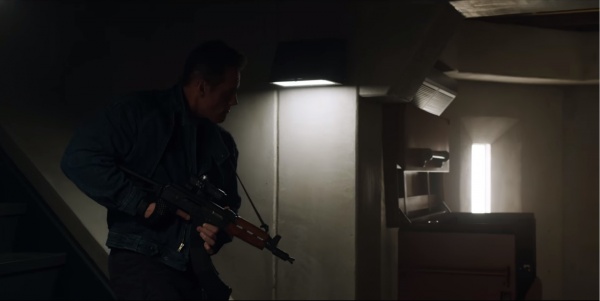 Grigori (Andrey Ivchenko) carries an Zastava M92 with jungle-taped magazines and an equally anachronistic PK-A optic as he enters a Soviet site in "Chapter Five: The Flayed" 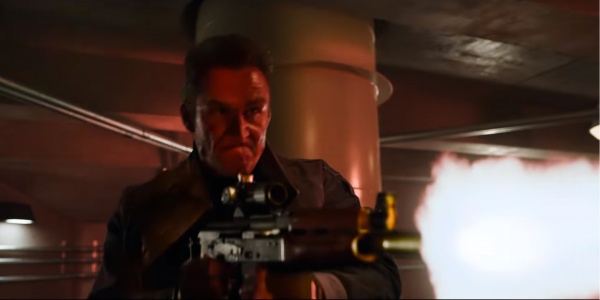 He opens fire as Hopper and Joyce flee the bunker giving us a clear view on the recognizable Zastava handguard and his neglected PK-A sight.

Curiously enough, a custom AKMSU appears as Chief Hopper (David Harbour) appropriates one and uses it in the season finale "Chapter Eight: The Battle of Starcourt" (S3E08). 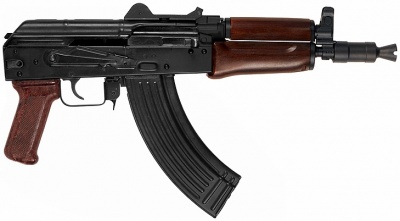 Custom AK pistol converted into a Krinkov with a full auto lower and Krinkov kit - 7.62x39mm

Chief Hopper check the mag on a more appropriate "AKMSU" as he loads up in early in "Chapter Eight: The Battle of Starcourt". 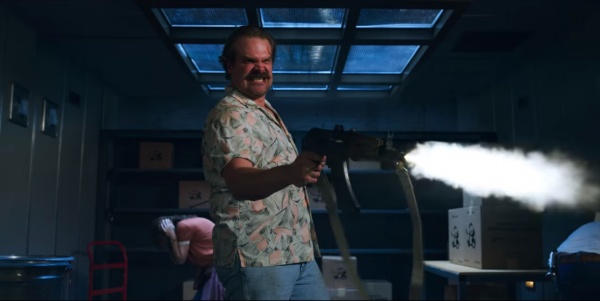 He then mows down some Soviets at the bottom of the elevator. 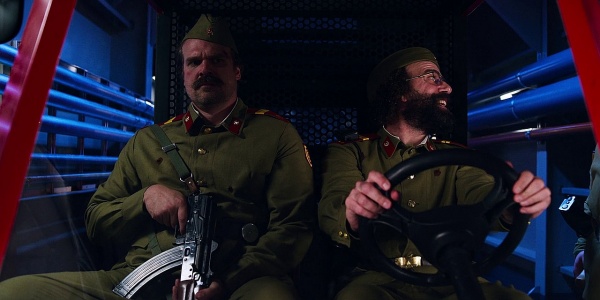 Chief Hopper holds the carbine as he and Murray (Brett Gelman) infiltrate the Soviet base in disguise in "Chapter Eight: The Battle of Starcourt" (S3E08).

Soviet soldiers are seen armed with Type III AK-47 rifles. This is anachronistic for Soviet soldiers to carry an outdated version of the AK rifle in 1985 as the AK-74 was adopted as the standard rifle.

This is the commercial clone of the original Type III AK-47 and is the most used in American films and shows - 7.62x39mm. 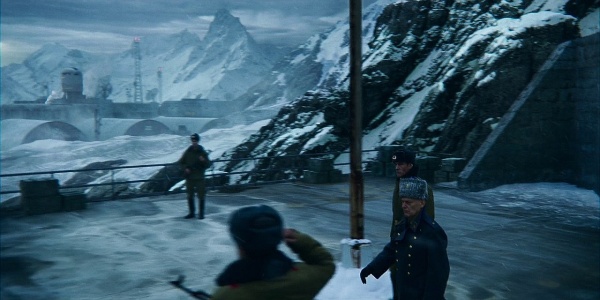 A Soviet guard salutes a passing commander in "Chapter One: Suzie, Do You Copy?" (S3E01).

Soviet soldiers hold up AK-47s with safeties fearlessly on in "Chapter Eight: The Battle of Starcourt" (S3E08). 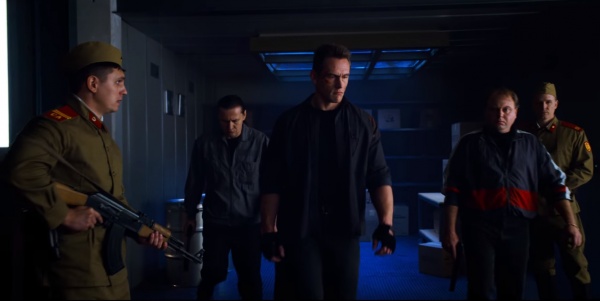 Another soldier holds his AK-47 as Grigori's team arrives.

US Army soldiers carry and use M16A2 rifles in "Chapter Eight: The Battle of Starcourt" (S3E08) as they storm the Soviet base. The rifles appear to have large "Maglite"-style flashlights taped to the handguards. While technically not anachronistic for 1985 in which Season 3 is set in; the M16A2's use by US Army soldiers is unlikely as only the US Marine Corps at the time period had adopted the M16A2 in 1983. The US Army on the other hand did not adopt the M16A2 until 1986, and it did not begin reaching any Army units until 1988. In 1985, US Army soldiers would still be issued with M16A1 rifles with 30 round magazines. 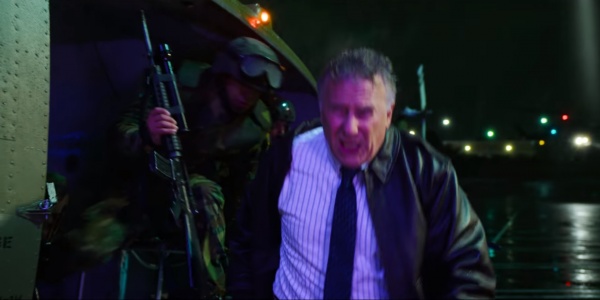 A US Army soldier exits a UH-1 Huey while holding his M16A2 rifle just behind Dr. Owens, giving a great view of the taped on Maglite flashlight. This was actually done but by US special forces in the late 80s when proper weaponlights were just being introduced. 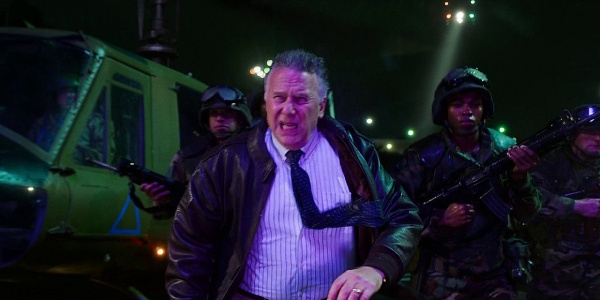 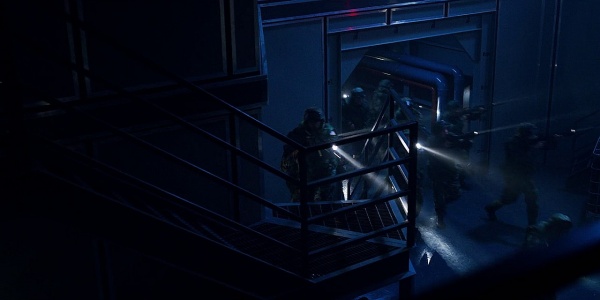 US soldiers enter the mall facility holding up the M16A2s in "Chapter Eight: The Battle of Starcourt" (S3E08). 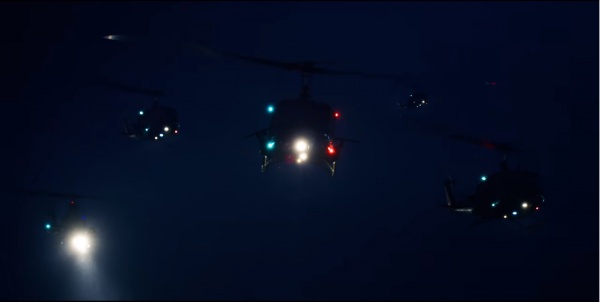 As a Huey comes in to land, M60D door guns can be seen.

A better view of a mounted M60D on a landed Huey. It appears to be the "H" model Huey, the last variant operated by the US Army which was being replaced by UH-60A Blackhawks during this time period.

What is probably meant to be a M197 Vulcan cannon is seen mounted on a AH-1 Cobra as reinforcements arrive at the end of "Chapter Eight: The Battle of Starcourt". 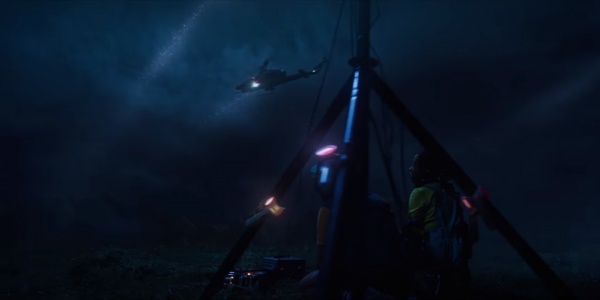 An AH-1 Cobra with M197 cannon flies over Dustin and Erica at the radio tower in "Chapter Eight: The Battle of Starcourt".
Retrieved from "https://www.imfdb.org/index.php?title=Stranger_Things_-_Season_3&oldid=1507377"
Categories: