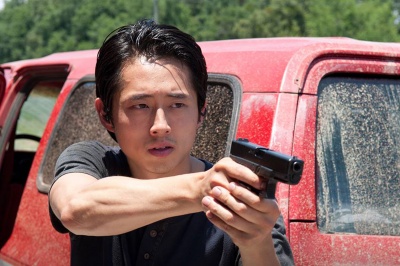 Steven Yeun holds a Glock 19 as Glenn Rhee in The Walking Dead - Season 3. 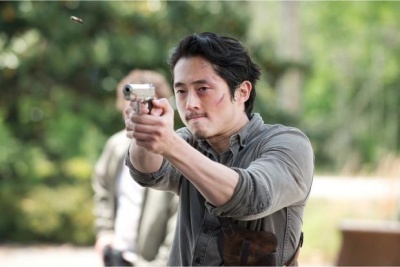 Steven Yuen is a Korean-American actor best known for his role as Glenn Rhee for 8 seasons of the AMC series The Walking Dead. For his role in the 2020 film Minari, Yuen became the first Asian-American actor to receive an Academy Award nomination in the Best Actor category.