Sherlock Holmes in New York is a 1976 made for TV detective movie directed by Boris Sagal and starring Roger Moore as Sherlock Holmes, Patrick Macnee as Dr. Watson, John Huston as Prof. Moriarty, and Charlotte Rampling as Irene Adler. The story uses Arthur Conan Doyle's characters but in other respects is original. Holmes and Watson travel to New York to investigate crime activities of Professor Moriarty who moved his activities overseas. The great detective enters into an unexpected alliance with Irene Adler whose son is kidnapped by Moriarty.

The following weapons were used in the film Sherlock Holmes in New York:

Prof. Moriarty (John Huston) uses a Smith & Wesson Military & Police revolver in several scenes. The story is set in 1901 when M&P revolvers were brand new but the screen gun has post-1902 extractor rod. 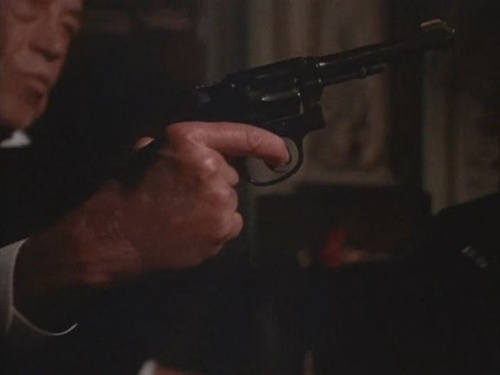 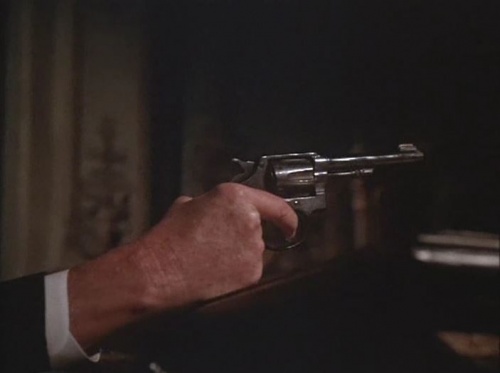 A good view of Moriarty's revolver. Note the "shaved down" front sight. 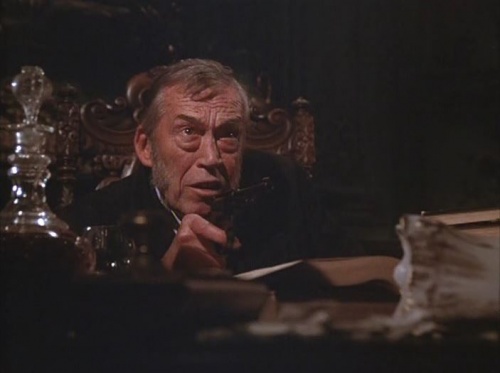 Moriarty threatens Holmes who sneaks in the villain's secret hideout under the guise of Col. Moran. 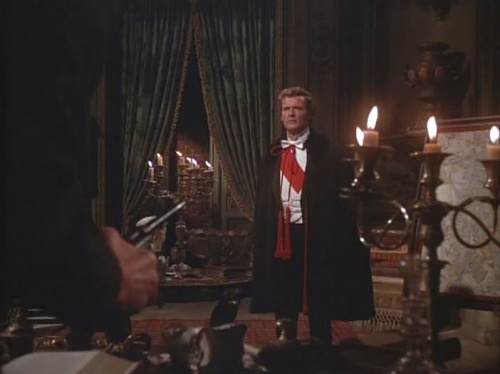 Another view of Moriarty's revolver in same scene. 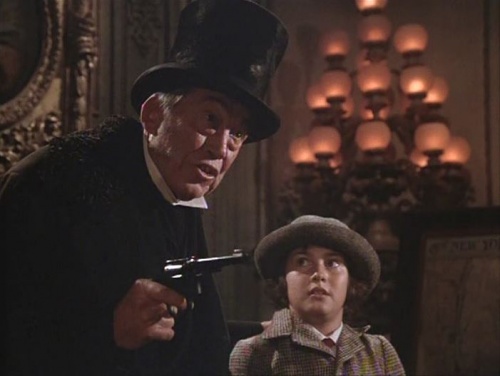 Moriarty takes Irene Adler's son Scott as hostage. Trivia: Geoffrey Moore, Roger Moore's son, appears in the role of Scott Adler who may be the son of Sherlock Holmes. 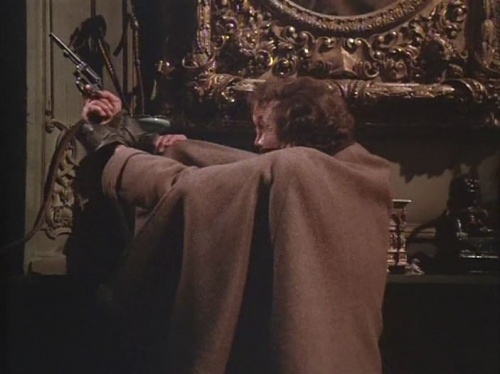 Moriarty and Holmes grapple for the revolver. 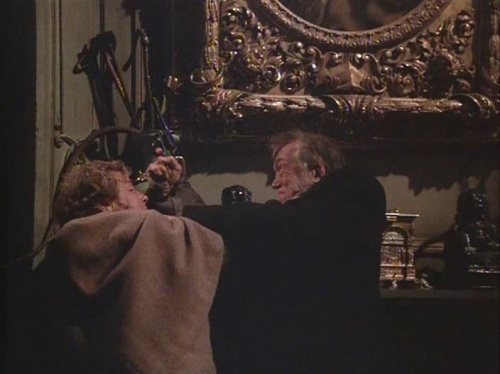 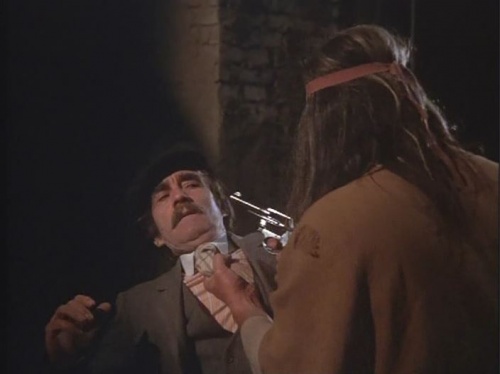 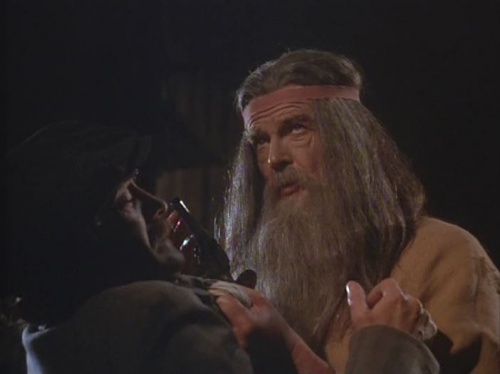 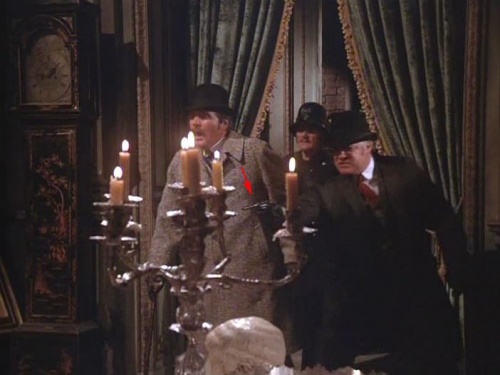 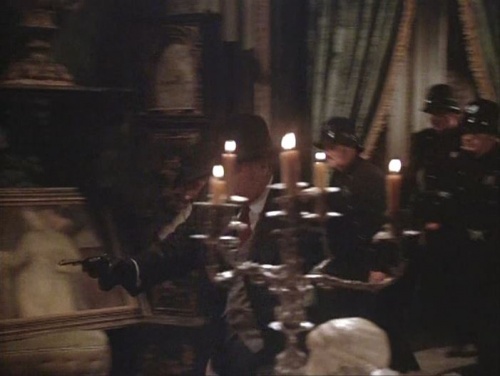 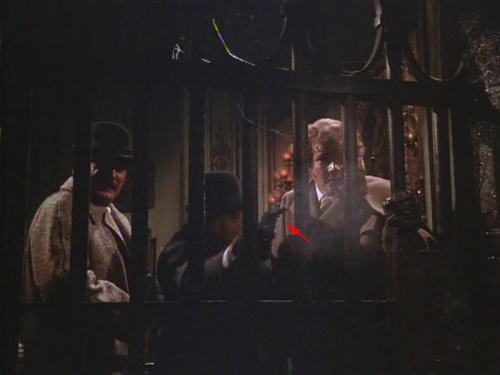 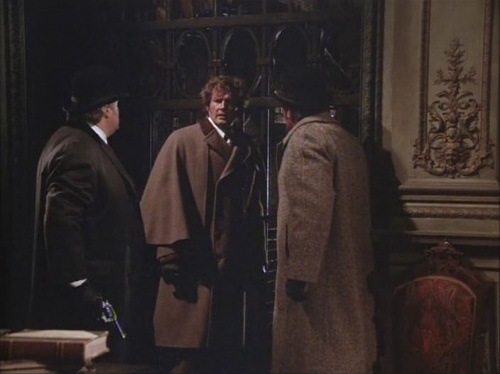 Another view of Lafferty's revolver.
Retrieved from "https://www.imfdb.org/index.php?title=Sherlock_Holmes_in_New_York&oldid=1311554"
Categories: