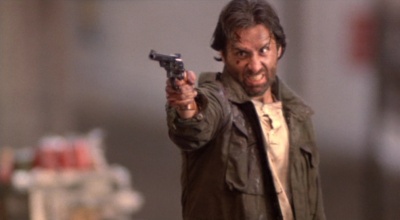 Ron Silver (1946-2009) was an American actor who was known for often playing bad guy roles in such films as Blue Steel (1989) and Timecop. He also appeared in such films as Ali and Reversal of Fortune as well as the television series The West Wing. He passed away in 2009 from complications resulting from esophageal cancer.