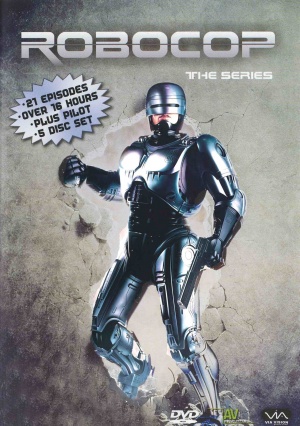 RoboCop: The Series is the 1994 television adaptation of the 1987 science fiction action film. The series starred Richard Eden as Alex Murphy, the slain Detroit police officer resurrected as the future of law enforcement. The series was not a direct continuation of the film series, but was an attempt to make the RoboCop character more appealing to younger viewers. Thus, the series significantly toned down the violence as compared to the films, more young characters were added to the cast, and the adversaries were written to be more comical. Filmed in Canada, the series aired in syndication and only lasted for 22 episodes.

The following weapons were used in the series RoboCop: The Series:

As in the films, the main weapon used by RoboCop (Richard Eden) is the "Auto 9". RoboCop is seen in the series mainly using his gun to shoot at objects instead of at suspects. 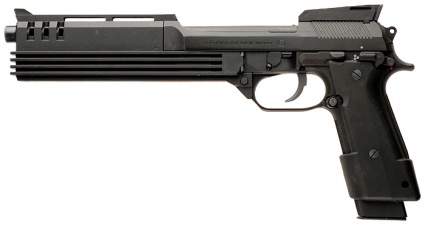 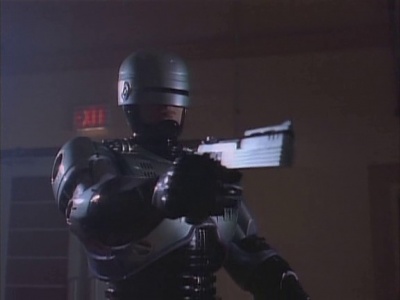 As in the films, the main weapon used by RoboCop (Richard Eden) is the "Auto 9".

The sidearm carried by Detroit police in the series was based on the SIG-Sauer P226. In the series, the handgun is fitted with a laser sight and is able to switch between "Lethal" mode and "Tag" mode, where an officer can shoot a tracer onto a suspect. 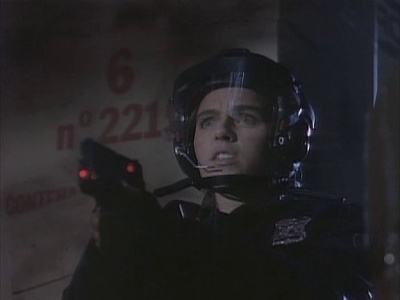 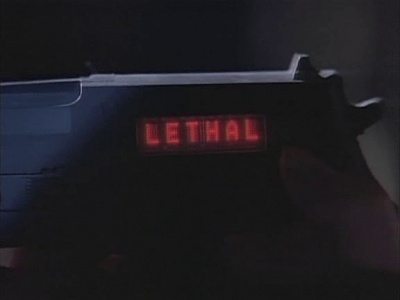 Closeup of the readout on the SIG that can switch from "Lethal" to "Safe".

Full-size Uzis are used by thugs against RoboCop in the pilot episode "The Future of Law Enforcement". 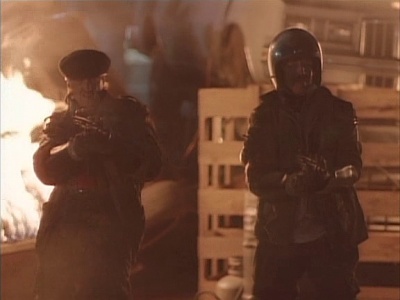 Visually-modified M136 AT4 launchers are seen and used several times throughout the Series. 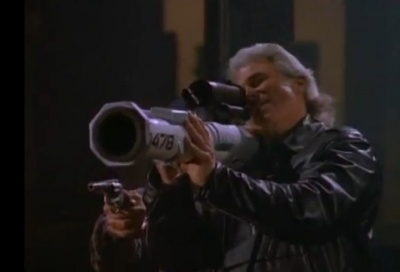