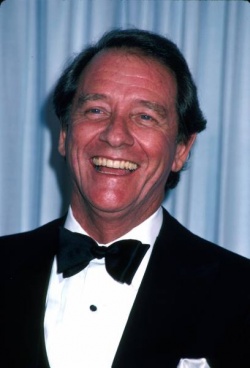 Richard Crenna as LT Collins in action with a Browning Automatic Rifle in The Sand Pebbles. (Eat your heart out, Rambo).

Richard Crenna (November 30, 1926 – January 17, 2003) was an American actor best known for his portrayal of Colonel Samuel Trautman in three Rambo films. He would later parody this role in the film Hot Shots! Part Deux. He also appeared in such films as The Sand Pebbles, Body Heat, and Breakheart Pass. He also served in the US Army during World War II, as a radioman during the Battle of the Bulge as well as in the Pacific Theater as a codebreaker.