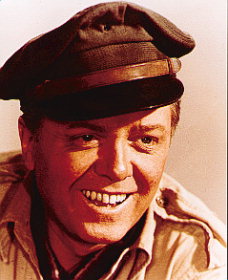 Sir Richard Samuel Attenborough (August 29, 1923 - August 24, 2014) began his show business career as a film actor in 1942 and appeared in such films as The Great Escape and The Sand Pebbles. While he continued to occasionally work in front of the camera (notably as John Hammond in 1993's Jurassic Park and its 1997 sequel), Attenborogh in his later years would direct several acclaimed films, including 1977's A Bridge Too Far and 1982's Gandhi, a film for which he received the Academy Award for Best Director. He was a British citizen and was made a life peer in 1993. His family also continues to work in show business, as his son Michael is a stage director and grandson Will Attenborough is an actor.

See the Discussion for the films in the IMFDB directed by Richard Attenborough.