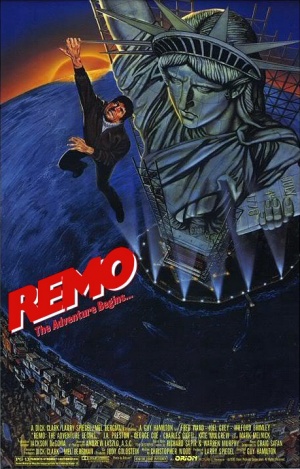 Remo Williams: The Adventure Begins is the 1985 feature film adaptation of the "Destroyer" book series co-created by Warren Murphy and Richard Sapir. Fred Ward stars as the titular character, a former NYPD officer presumed to be dead and then recruited into a secret government agency whose mission is to eliminate threats that can't be reached within normal channels of the law. In the course of his recruitment, he is trained by Chiun (Joel Grey), a Korean martial arts master. The film was directed by veteran James Bond director Guy Hamilton and the cast included Wilford Brimley, Charles Cioffi, J.A. Preston, and Kate Mulgrew.

The following weapons were used in the film Remo Williams: The Adventure Begins:

Remo Williams (Fred Ward) is given a Colt 1911 .45 Semi-automatic to shoot at Chiun (Joel Grey) in their initial meeting. Chiun dodges every shot which is part of his knowledge of the fictitious "sinanju" martial art. Grove later tries to shoot Remo at the film's end. Interesting to note is that the number of shots by both Remo & Grove are errors: Remo fires 8 at Chiun, who pops 3 further shots from the magazine after ejecting it. Grove fires 9 shots at Remo, who does the same thing his master did earlier, only he ejects 2 additional rounds. The pistol itself only hold a maximum of 8 shots. 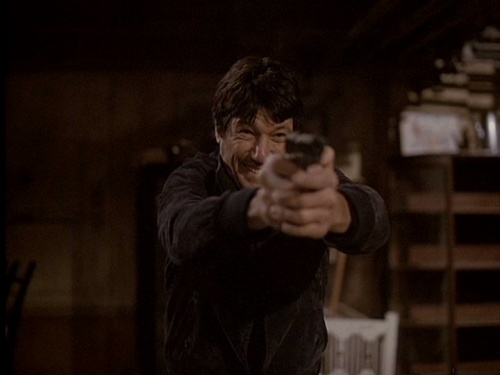 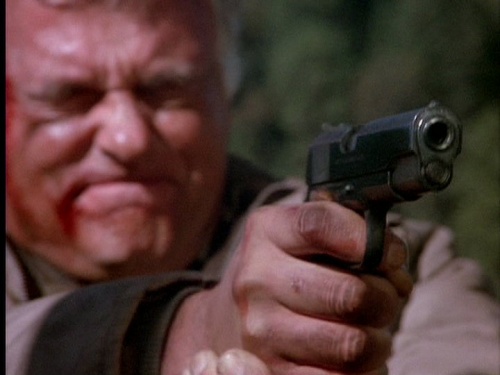 Grove tries to shoot Remo with his eyes closed at the film's end. He fires nine times, meaning eight from the magazine, and then he is disarmed by Remo who removes the magazine and pops another two rounds out of it. Bad count, but it was the '80s.

The fictional "AR-60" weapon provided by Grove Industries (the villainous corporation of the film) to the US Army is in actuality the Steyr AUG with a mocked up muzzle brake, which blows up in the face of a soldier because of a defective bolt assembly. 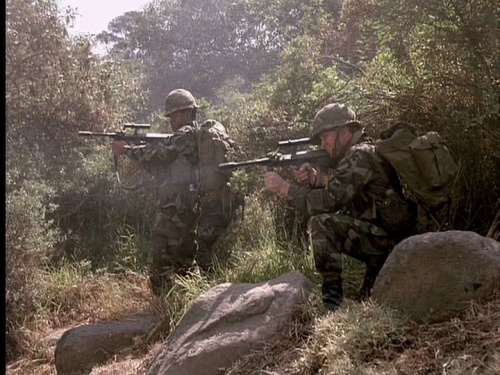 Army troops use the Steyr AUG mocked up as the "AR-60" in a training exercise. 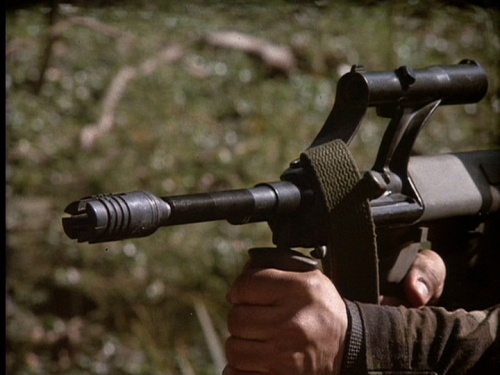 Closeup of the fake muzzle brake.

A US soldier is ordered to open fire on Remo with his M16A1, but refuses. Grove takes the weapon from the soldier and fires it at Remo. 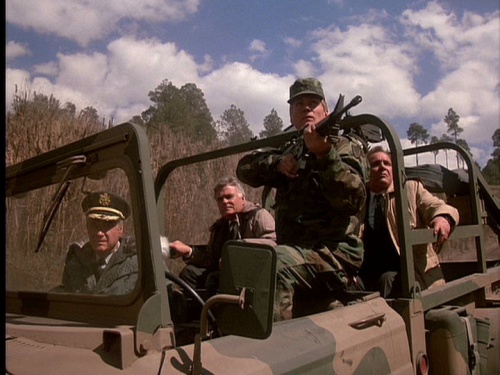 An Army soldier holds the M16A1. 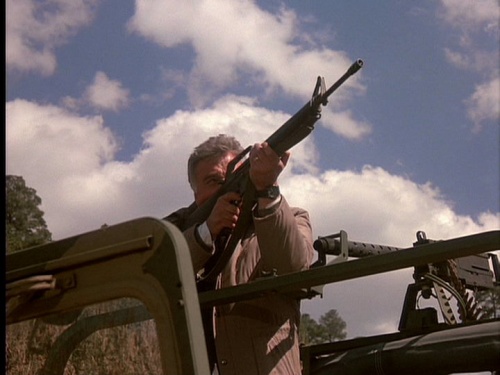 After the M16A1's ammo is exhausted, Grove uses the jeep-mounted Browning M2HB (with a custom barrel sleeve) on Remo. The barrel sleeve/heat shield is actually slightly different than what is attached to real AN-M2/M3 variants of the gun. 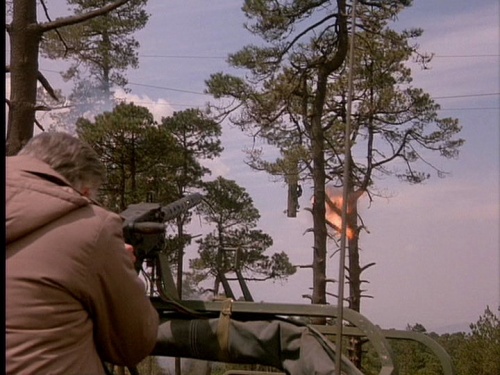 George Grove (Charles Cioffi) opens fire with M2. Note how the squibs are going off, but no shells are seen ejecting. 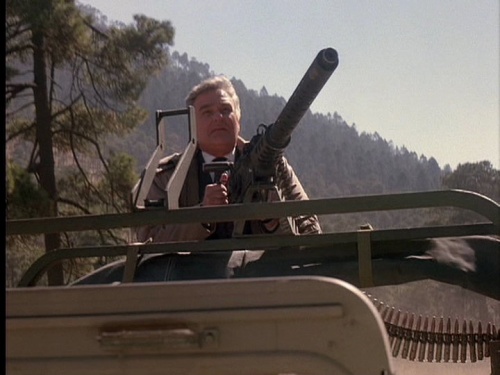