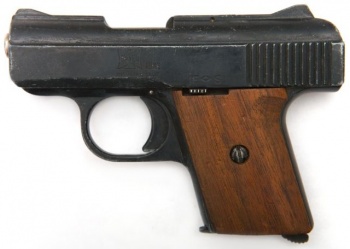 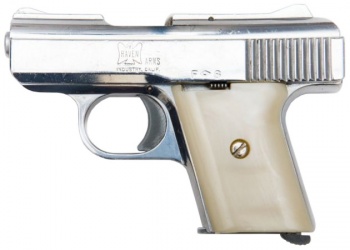 The Raven Arms MP-25 was among the first of many cheap, low-quality pistols produced by manufacturers in the Los Angeles and south-west Nevada areas in response to import restrictions of the 1968 GCA not applying to domestic manufacturer. After a factory fire at Raven Arms, recovered tooling would be purchased by a new company, Phoenix Arms, which would make a new version of the pistol, the Phoenix Arms Raven.

The Raven Arms MP-25 and variants can be seen in the following films, television series, video games, and anime used by the following actors: