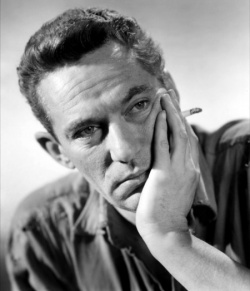 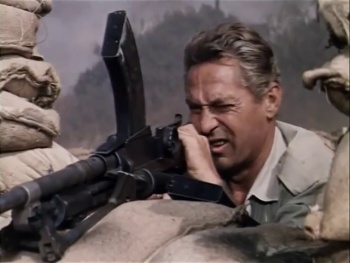 Peter Finch with a Bren machine gun as Aaron Stein in Judith (1966).

Peter Finch was a British-born Australian actor who is well known to film audiences for delivering the "I'm mad as hell!" rant as the crazed news anchorman Walter Beale in the film Network. His role in the film would earn Finch a Best Actor Academy Award following his untimely death, giving him the distinction of being the first individual ever to win an Academy Award posthumously in an acting category (until Heath Ledger's tragic win for The Dark Knight).