The following weapons were used in the film No One Lives: 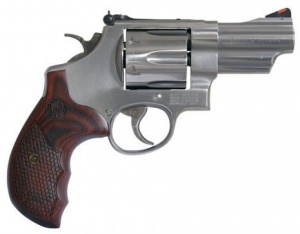 Close up of custom Smith & Wesson 629

A nickel-plated Mossberg 500 Cruiser at first can be seen used by Tamara (America Olivo). Later this shotgun was used by Flynn, Emma (Adelaide Clemens) and Driver (Luke Evans)

The Mossberg 500 Cruiser on a ground

A Walther P99 can be seen in Driver's armory

A Glock 26 is used by Tamara. This pistol is also used by Emma in the end of the movie