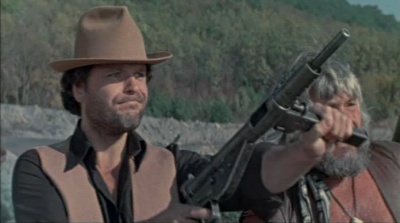 Nikolai Nikolaievich Yeryomenko, Junior (February 14, 1949 - May 27, 2001) was the Soviet and Russian actor, son of Nikolai Yeryomenko, Senior, who was also a well-known actor. He began his screen career in 1969 and appeared in more then 50 movies. His most known roles were in such movies as Goryachi Sneg (Hot Snow), Krasnoe i chyornoe (The Red and the Black), June 31st, and the most famous Piraty XX veka. For his role in this movie Nikolai Yeryomenko was awarded the title of "The actor of the year". Nikolai Yeryomenko, Jr. died of the stroke in 2001, aged 52.

For the films directed by Nikolai Yeryomenko, Jr., please visit the talk page.