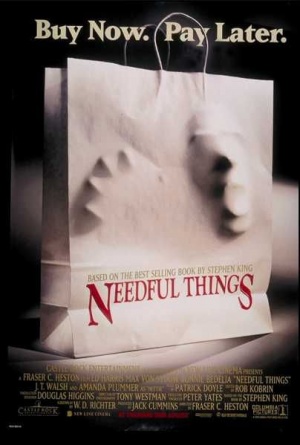 The following guns were used in the movie Needful Things

Sheriff Alan Pangborn (Ed Harris) carries a Beretta 92FS as his duty sidearm. He uses it prominently in the final scenes of the movie in order to restore order. 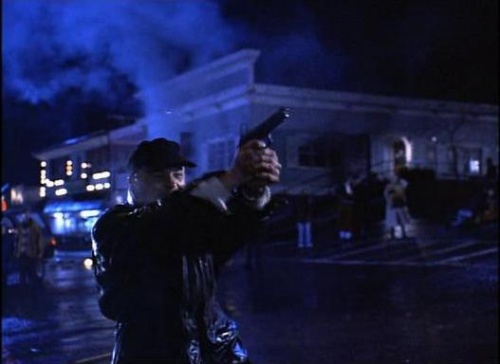 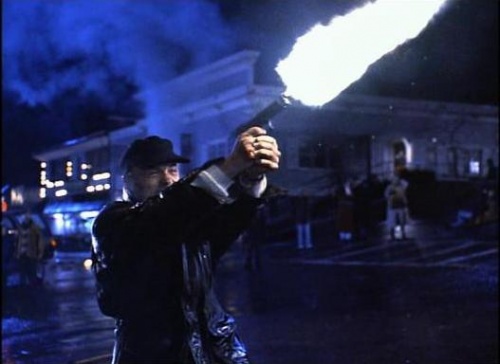 What appears to be a Llama IX-A 1911-style pistol is seen being pulled on Pangborn by Brian Rusk (Shane Meier). This gun is also brandished by "Buster" (J.T. Walsh). The pistol has been bright chrome-plated, though some of the controls such as the extractor and the hammer, appear to remain blued. 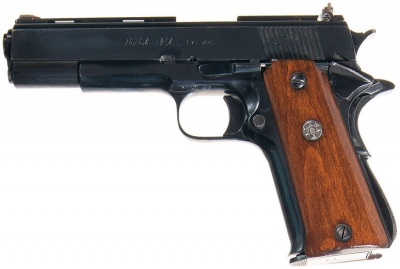 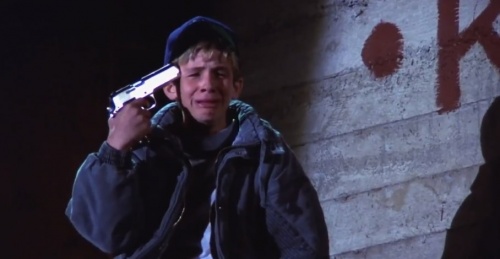 Brian becomes hysterical as he holds the Llama to his head. 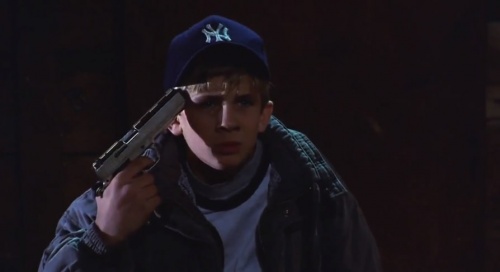 Brian holds the Llama to his head. Note the thin ventilated ribbing on the top of the slide. This is a strong indicator that it is a Llama IX-A. 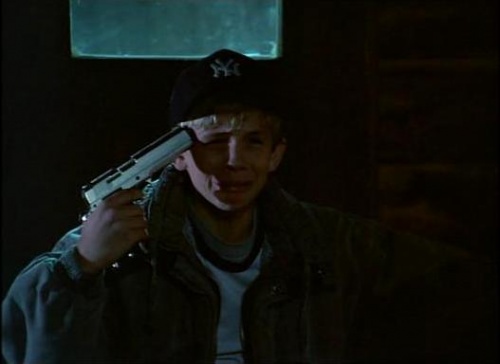 Brian right before he struggles with Pangborn.

Brian fires the Llama. The slide ribbing can be seen much closer here, and, even though it is a blurry split-second shot, you can note the markings: GABILONDO Y CIA. VITORIA (ESPANA). Translated from Spanish into English, this means that the pistol was manufactured in Vitoria, Spain. 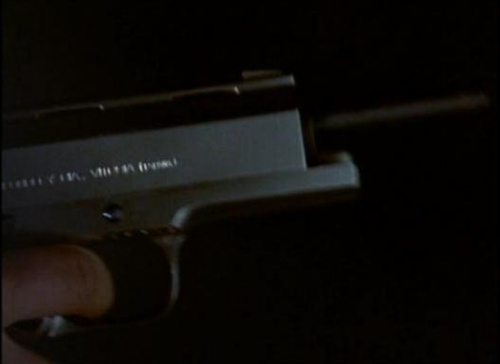 Another close-up of the Llama's muzzle. 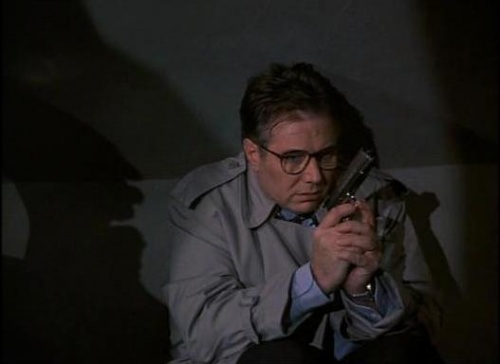 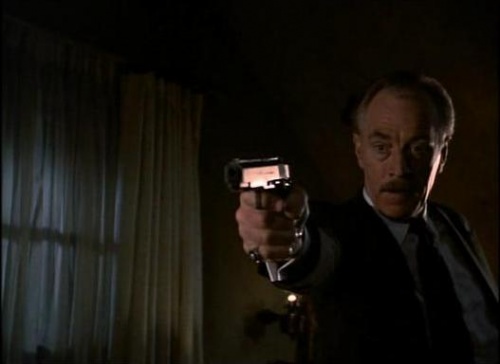 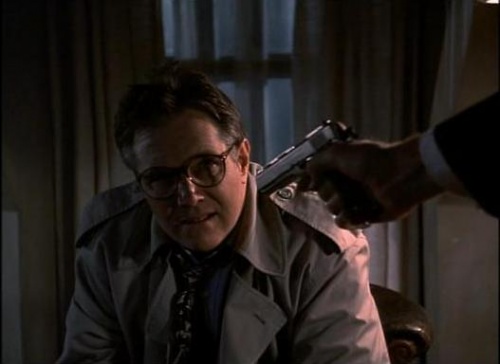 Another view of the Llama. 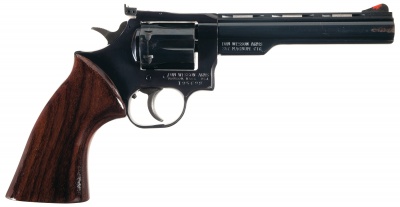 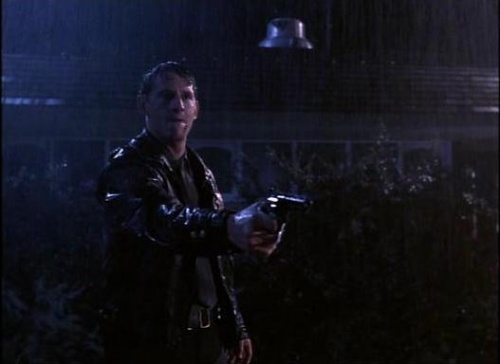 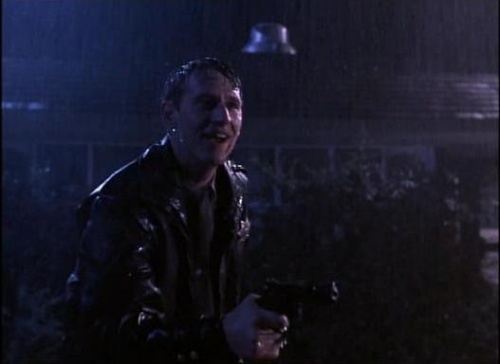 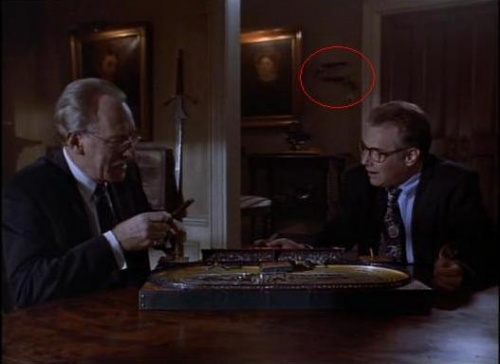 Two Single Action Army revolvers are hung on the wall.

A bolt-action rifle with stainless steel finish, a black polymer stock and equipped with a night-vision scope is used by "Buster" to shoot at Sheriff Pangborn in the final scenes. The same gun appears to be at Leland's on the desk. It is possible that the rifle is a Ruger M77. 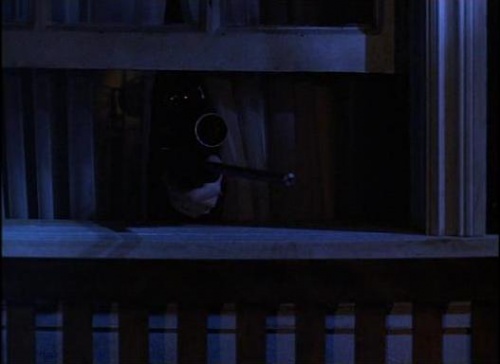 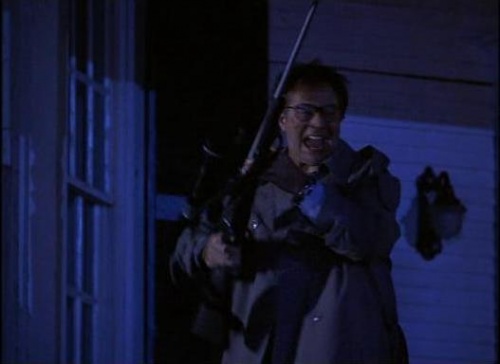 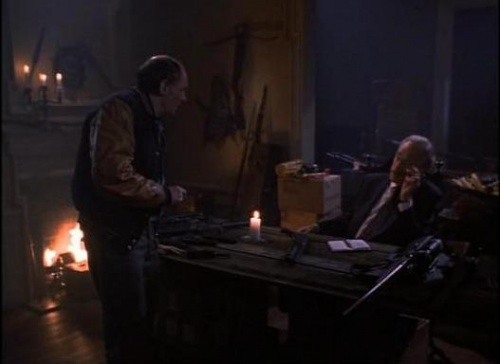 The same rifle is seen on a desk

What appears to be an M16 variant, possibly an M16A1, can be seen on the desk, on the left side.

Sheriff Alan Pangborn (Ed Harris) retrieves a Mossberg 500 from his car while the riot is taking place. 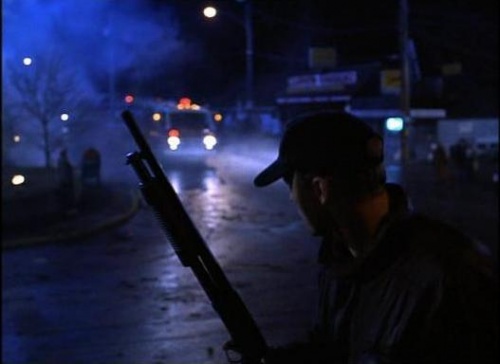 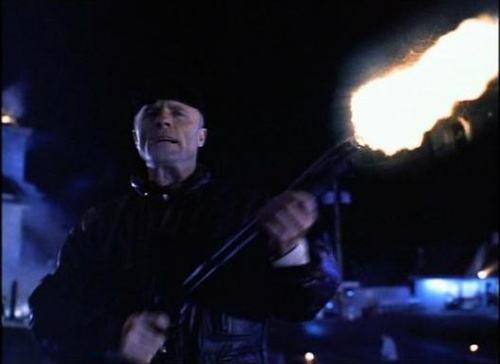 Hugh Priest (Duncan Fraser) is given a Smith & Wesson 3000 Shotgun by Leland Gaunt (Max von Sydow), which he later uses to kill the bar owner. 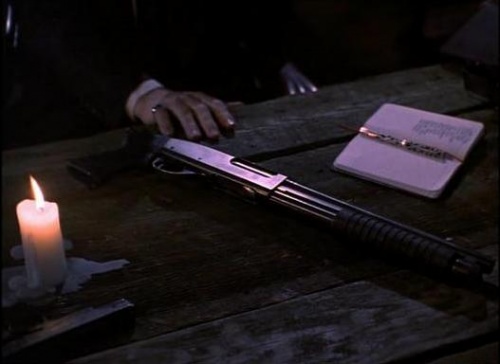 The shotgun on the table, the folding stock has been removed. 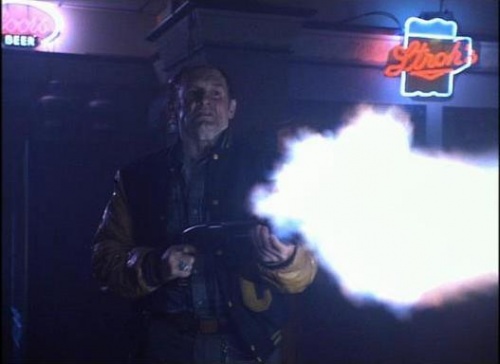 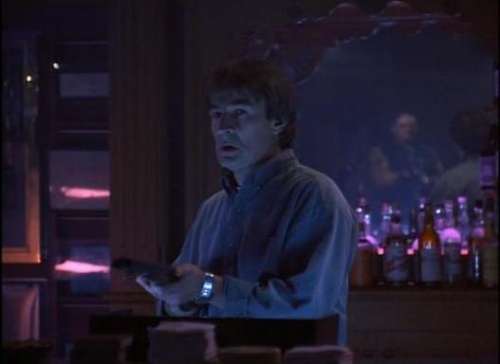 What appears to be a M60 machine gun can be briefly seen in the background when Gaunt gives Hugh the shotgun. 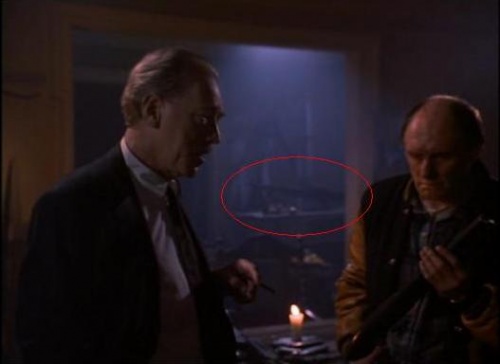 The M60 in the background.
Retrieved from "https://www.imfdb.org/index.php?title=Needful_Things&oldid=1214577"
Categories: