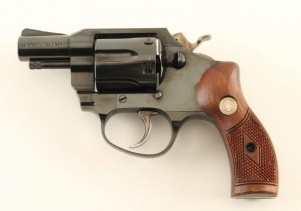 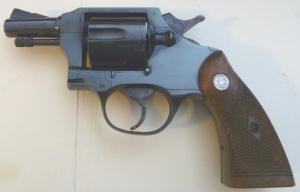 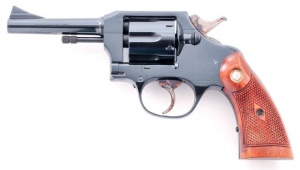 The Miroku Liberty Chief is a revolver formerly produced by the Miroku Corporation in Japan. The MLC appears to have been made for Japanese police either as a replacement/supplement to the Nambu Model 60 (which was their existing issue-weapon) and/or as competition piece. However, the Nambu stayed in production until the late 90s and Miroku instead almost completely exported the revolver to the US under the EIG and Liberty Chief names. Dimension-wise, it is roughly comparable to a S&W J-frame, and featured a early-style Smith & Wesson "Chiefs Special"-looking grip, but otherwise, the gun looks more like a Colt, especially with the exposed ejector rod and Colt-style cylinder latch.

There's also the "Special Police" version, outwardly similar to the Colt Detective Special (or Trooper, but available with either a 2- or a 4-inch barrel).

The Miroku Liberty Chief and variants can be seen in the following films, television series, video games, and anime used by the following actors: