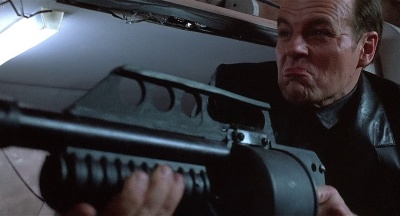 Michael Ironside is a Canadian actor who is known to science fiction fans for his roles as Ham Tyler in the mini-series V: The Final Battle and the subsequent V: The Series and as Richter in the 1990 film Total Recall. He also appeared in various other sci-fi projects, including Starship Troopers, Scanners, and Terminator Salvation.