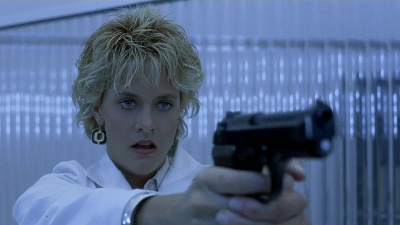 Meg Ryan as Lydia holds a Beretta 92SB-C in Innerspace. 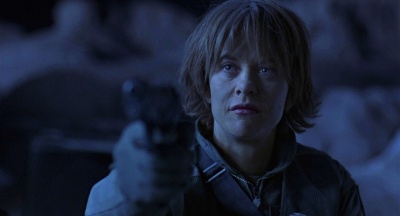 Meg Ryan is an American actress who is best known for her roles in such romantic comedies as When Harry Met Sally, You've Got Mail, and Sleepless in Seattle. She also has appeared in such diverse films as Innerspace, Courage Under Fire, and Proof of Life. She also is the mother of actor Jack Quaid, the son she has with her former husband Dennis Quaid.