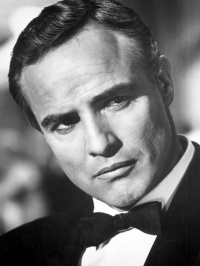 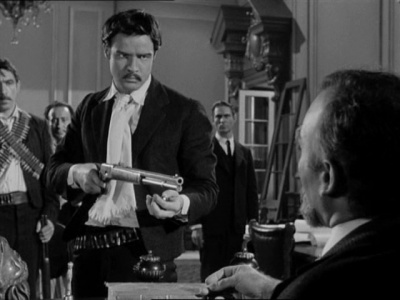 Marlon Brando as Emiliano Zapata with an Winchester Model 1892 in Viva Zapata! (1952).

Marlon Brando as Lt. Christian Diestl with an MP40 in The Young Lions (1958).

Marlon Brando Jr. (April 3, 1924 – July 1, 2004) was a famous American actor and film director, sometimes regarded as the greatest and most influential actor of the 20th century. During his 60 years screen career, he won the Academy Award for Best Actor twice. One of the best known roles of Marlon Brando is Vito Corleone in The Godfather (1972).