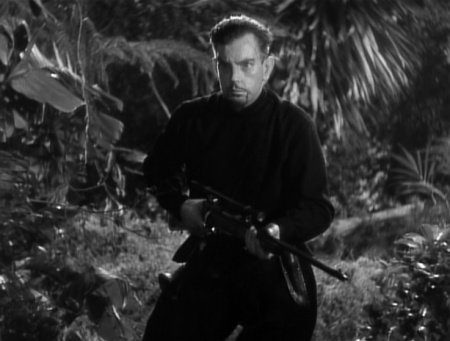 Leslie Banks was a British actor born in 1890, best known for playing menacing villains in black and white films of the 1930's and 1940's, the most famous being The Most Dangerous Game as Count Zaroff. He fought in World War I and sustained an injury that paralyzed the left side of his face, giving him a permanent glare in his left eye that made him very intimidating to film audiences. He died in 1952.