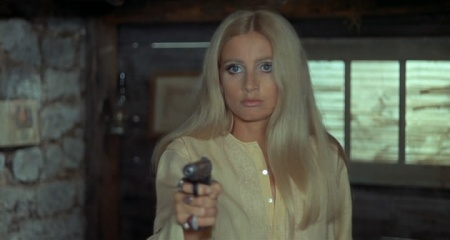 Jill Ireland was an English actress, formerly the wife of David McCallum, later the wife of Charles Bronson, whom she was married to until her death from breast cancer in 1990. She and Bronson appeared together in thirteen films.