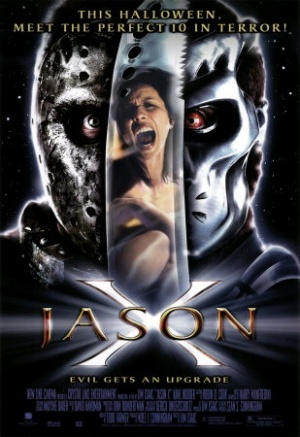 The following weapons were used in the film Jason X:

A US soldier assigned to guard Jason Voorhees (Kane Hodder) carries a Mossberg 590 Compact Cruiser. Sgt. Marcus (Markus Parilo) and Dr. Rowan LaFontaine (Lexa Doig) try to use it on Jason, but to no effect. 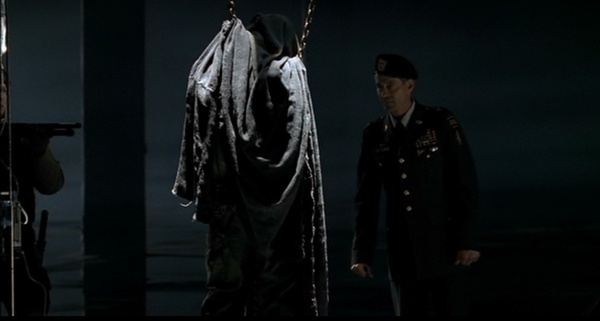 The Mossberg 590 Compact Cruiser on the left. 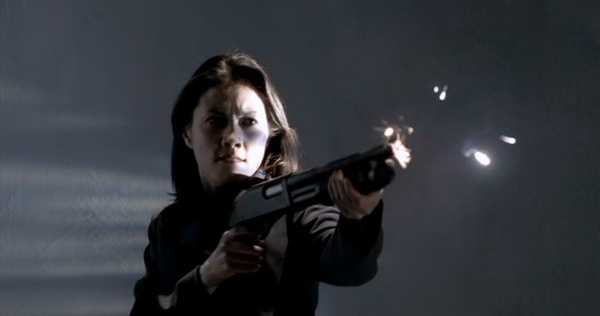 When Jason Voorhees (Kane Hodder) attempts to escape at the beginning of the film, a US soldier opens fire at him with a Heckler & Koch HK94A3 as a stand in for an MP5A3. 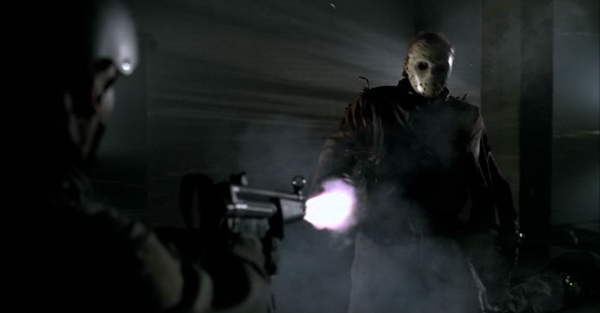 A US soldier opens fire his Heckler & Koch HK94A3 at Jason.

The weapons in 2455 are shown coated in futuristic shells and do not seem to be based on any modern design. 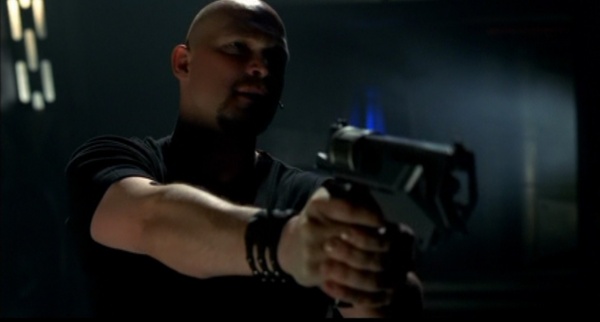 A future handgun is seen. 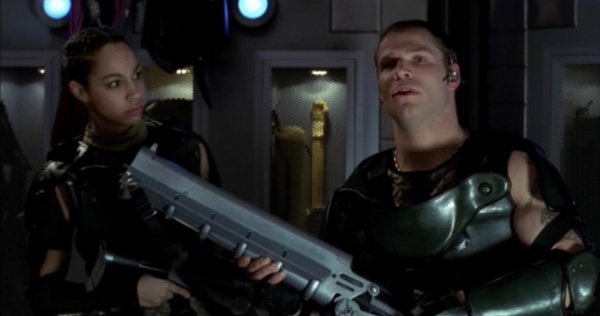 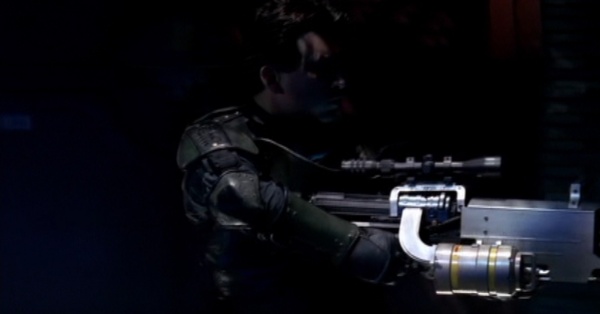 A soldier holds his rifle. 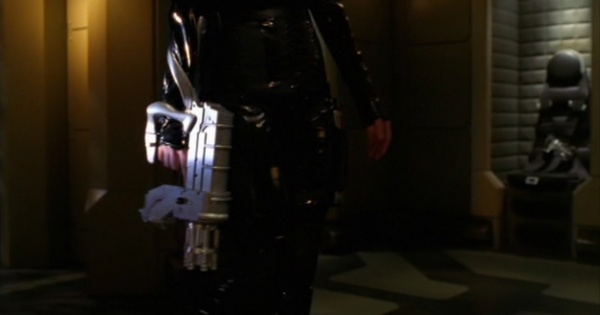 A female soldier holds her rifle. 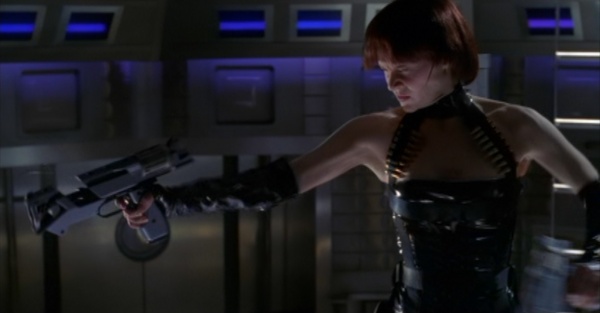 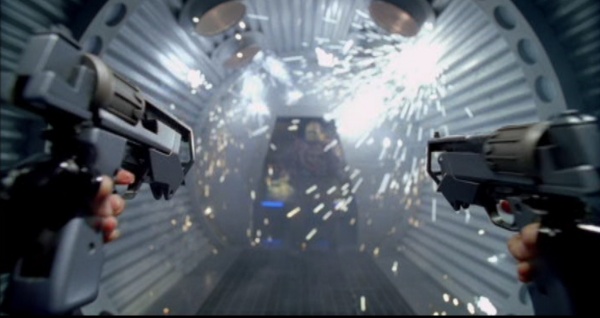 Kay-Em 14 fires her handguns at Jason. 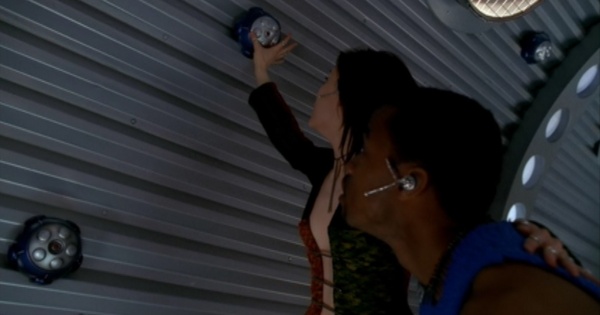 The explosive charges are seen.